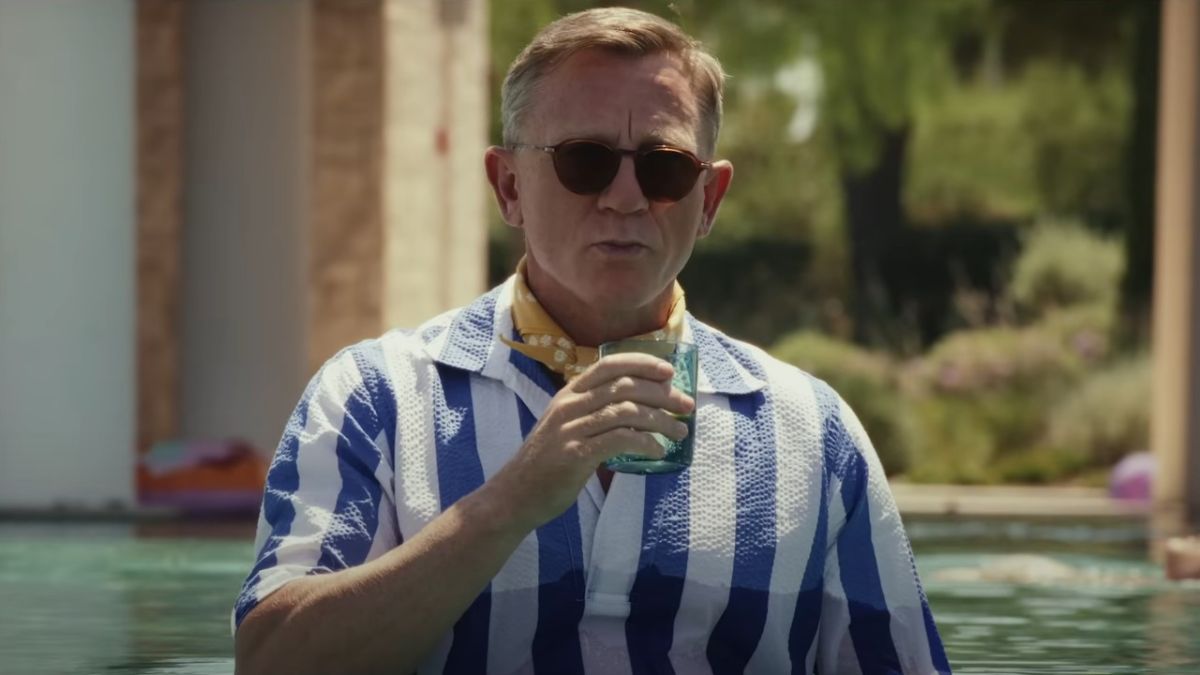 It’s been three years since fans have been able to check back in with Daniel Craig’s Benoit Blanc but, now, the beloved southern detective is finally back in the follow-up, Glass Onion. Rian Johnson’s latest film places the master sleuth in an entirely new situation that’s arguably even more complex than his first big-screen outing. But amid that, Johnson also revealed something about Blanc himself. The filmmaker recently confirmed that the character is gay and, following that, Craig is explaining why he isn’t seeking to make a big deal out of the reveal.

Don’t worry, folks, I’m not going to get into major spoilers here, though what I will say is that Glass Onion does allude to Benoit’s sexuality in a pretty seamless way. Daniel Craig spoke about his character’s LGBTQ status while taking part in a lengthy discussion with Deadline. The 54-year-old actor confirmed that he didn’t want to make a fuss over the reveal because it simply felt right for the character in his eyes. In making his point, he also cheekily referenced Blanc’s domestic status, which is quickly highlighted in the sequel:

The 007 alum’s comments are understandable, especially when you consider that TV and film have now gotten to a point at which LGBTQ+ characters are becoming very commonplace. Benoit Blanc’s sexual preference is indeed a part of him and shouldn’t be ignored. However, ideally, it shouldn’t be the one thing that defines him. Plus, I’d say that when most people are watching the detective on screen, they’re mainly thinking about how he might solve the case that’s been presented to him.

For his return to the role, Daniel Craig had to do a bit of prep in order to get back in sync with the character. The main challenge Craig faced was re-establishing the distinct Southern accent, which has pretty much become one of Blanc’s signature attributes. Craig had “forgotten the accent” and wanted to present it in a way that was “as grounded and as anchored in reality as possible.”

Ultimately, the James Bond veteran enjoyed himself on set as well. Glass Onion star Dave Bautista, who worked with the leading man on Spectre, says that he was a totally different person when they worked together on this mystery caper. Bautista acknowledged that his colleague was “under a lot of pressure” when they were making the 007 flick. However, this time around, he was “just so much fun” and “always smiling.” Given that the two were filming such an exciting movie in Greece with a bunch of other talented stars, I’m not surprised to hear it was a great experience.

Those who actually watch the movie are sure to have a good time as well. The critically acclaimed Knives Out follow-up is a wild ride and one you’ll be thinking about long after you’ve left the theater. Appropriately, there are plenty of layers to the story, which makes it fitting that audiences get to peel back another layer of Daniel Craig’s delightful Benoit Blanc in the process. And though Craig isn’t putting much emphasis the character being gay, it’d still be interesting to see him and Johnson explore Blanc’s mysterious origins (and maybe even have it play into a mystery) in a future installment.

Glass Onion: A Knives Out Mystery is currently in the midst of a limited theatrical run that ends on Tuesday, November 29, so you’ll want to hurry if you want to catch it on the big screen. Though you’ll also be able to stream it with a Netflix subscription starting on December 23. Before you see it, be sure to read up on some key mystery-solving tips as well.