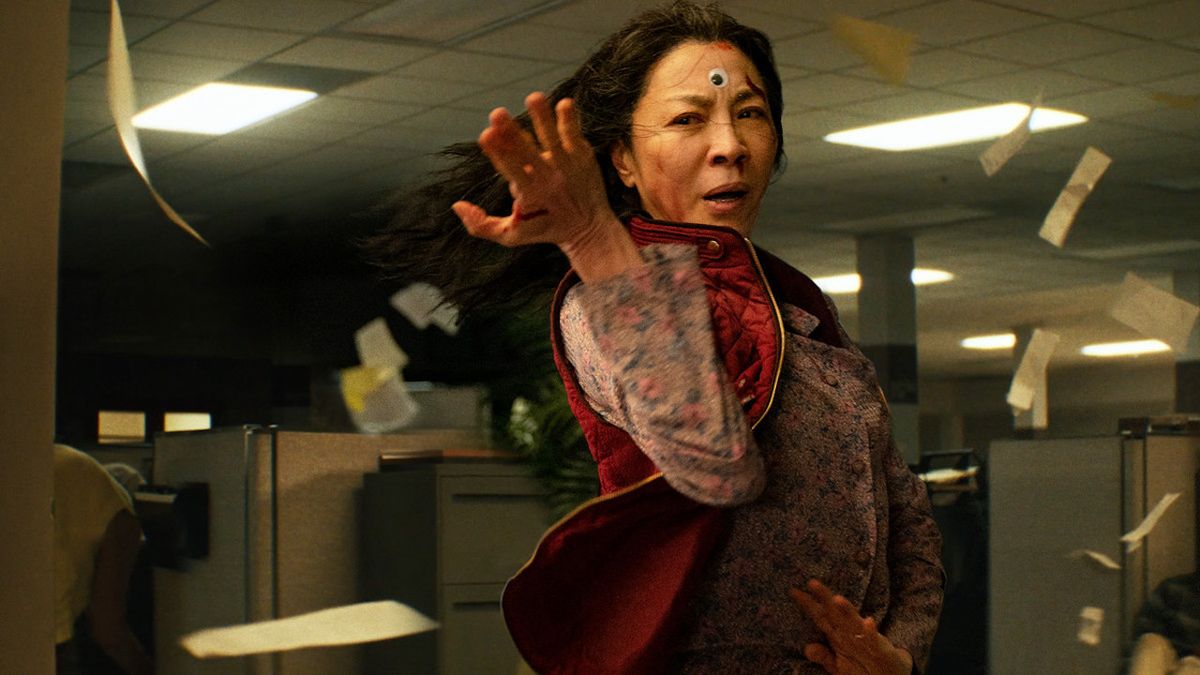 As many best-of lists start to drop from various publications, including this one, and 2022 comes to a close the online discourse has started to become aggressive from fans when their favorite films don’t end up on said end-of-year lists. Everything Everywhere All At Once has been praised since its release in March, I know I was telling everyone I knew to go see it, however, it hasn’t ended up in some publications lists. With awards season upon us, the A24 hit is not only in contention but a frontrunner, so when it’s not on the best of lists, its fans have been getting angry. However one of the directors, Daniel Kwan is urging fans to stay calm, and not attack critics online.

Kwan co-directed Everything Everywhere All At Once with Daniel Scheinert, they go by The Daniels, and they have been collaborators for a long time. The director recently took to Twitter because he had been made aware of people getting angry at critics for not adding their A24 film to some best-of lists, in response Kwan tweeted:

He then went on to say the 2022 movie schedule was full of remarkable films that all deserve to be celebrated, and he asked viewers why they’d want to spend their time being angry, when they could watch these amazing movies. Kwan also explained how end-of-the-year lists can cause toxic discourse, but he did say they are a great opportunity “for people to discover films they haven’t heard of,” and celebrate the work of artists who wouldn’t be recognized otherwise.

This film has been praised loudly by critics, viewers and even celebrities like Andrew Garfield who rocked the film’s hot dog fingers, and Brendan Fraser who enthusiastically praised Ke Huy Quan’s performance in the film. While Kwan made it clear he is eternally grateful for all the praise, he also said it’s wonderful for films that would not have been heard of otherwise to end up on these end-of-year lists.

On this note, he ended his messages to Everything Everywhere All At Once fans by saying:

Kwan ended his thread by talking about how the discourse around the Daniels’ films has always been “polarizing,” referencing the conversation around their film Swiss Army Man, and he likes seeing everyone’s unique views.

He closed out his thread saying he doesn’t want to see any “bullies,” “meanies” or “buttheads” as we go into Oscar season. Kwan also urged fans to calmly ask people to think about their actions and repost this tweet if they see anything mean:

Hi, I’m Dan Kwan, one of the directors of EEAAO. I appreciate your love of the film, but maybe next time you can try to cool it on the aggression. This place is filled w/ shitty discourse, don’t add to it (what would Waymond do?). Don’t feel bad, its tough to keep ur cool here. pic.twitter.com/4YVXI8B4UFDecember 8, 2022

So, as end-of-the-year lists continue to come out, remember Kwan’s words and remember that these lists are subjective views from one person or a small team of people. They can be used as a tool to find new amazing films for your viewing pleasure, and based on what the EEAAO co-director has tweeted that’s also how he thinks they should be viewed.