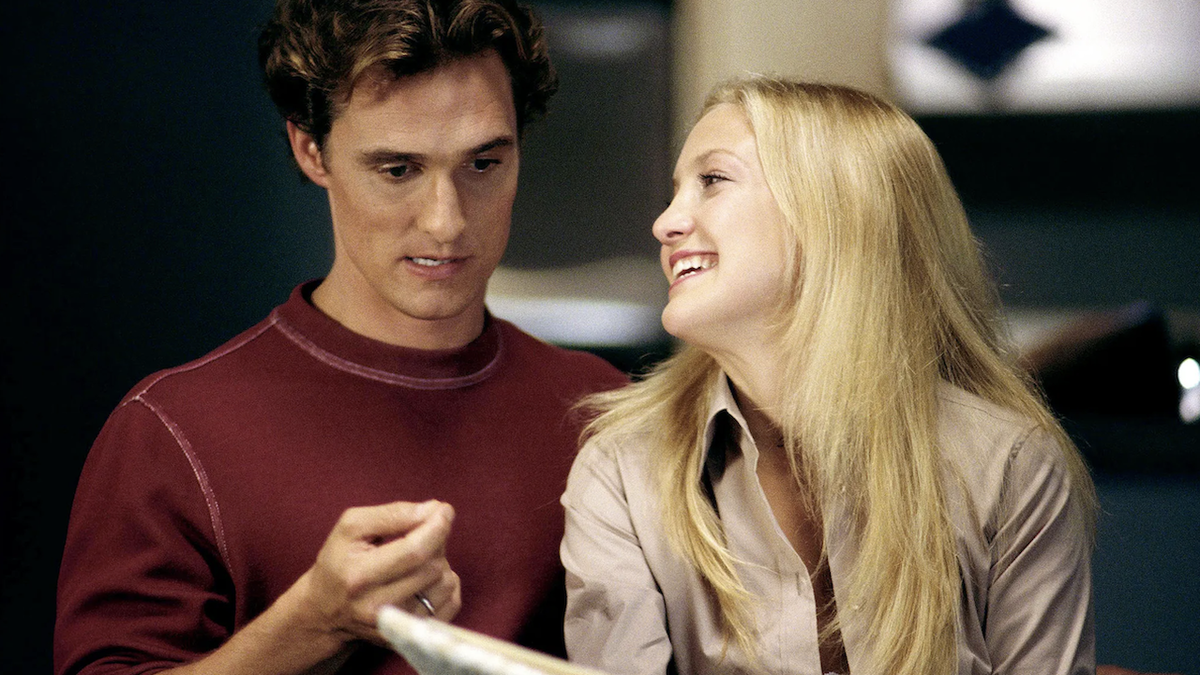 Let’s face it, the best romantic comedies in recent memory belong to the early ‘00s. Every once in a while, another great love story might hit cinemas, like 2017’s The Big Sick or 2020’s Palm Springs, but flicks like those are still few and far between. With that in mind, Kate Hudson, who memorably stole audiences’ hearts in How To Lose A Guy In 10 Days alongside Matthew McConaughey, has some blunt thoughts about what separates an effective rom-com from a mediocre one. Someone take notes!

2003’s How To Lose A Guy In 10 Days is an absolute winner of a romantic comedy. It centers on a magazine writer and an advertising executive who both separately place bets on the outcome of the first weeks of their relationship and, against all odds, they fall for each other. Kate Hudson shared her thoughts on the recipe for a great entry into the genre, with the first ingredient being pretty obvious:

Kate Hudson gave her rom-com opinions while serving as the latest guest on Hot Ones. The actress wasn’t done there either, as she said even more about what she believes the failings of the genre are:

On the outside, it may seem like getting a romantic comedy right would be a no-brainer, but a lot of things have to be done right in order for one to become a classic. It’s been nearly twenty years since How To Lose A Guy in 10 Days was released, and it’s still a favorite among fans of them. Matthew McConaughey has previously attributed that to his and Kate Hudson’s chemistry. While McConaughey doesn’t do romantic comedies anymore, he was on a streak at the time and remains an icon of the genre.

Romantic comedies are still made very frequently but, as the actress shared during her interview, oftentimes the romance gets “dumbed down” for the audience. Given the star was eating a ton of spicy wings as she said this, she also joked that she was ready to be NYU Film School’s professor of romantic comedies when she is 75, given her hold on those kinds of films.

During the chat, Kate Hudson spoke to comparing notes with Leonardo DiCaprio about working with Daniel Day-Lewis. She also discussed her latest movie, Glass Onion: A Knives Out Mystery, in which she reunited with How To Lose A Guy In 10 Days co-star Kathryn Hahn. Despite the varied projects she’s done in recent years, you can’t help but appreciate that Hudson feels so strongly about rom-coms. One can only hope that the genre will get a renaissance of sorts one day.

What you can count on for sure, however, is seeing Kate Hudson in Glass Onion: A Knives Out Mystery on December 23 if you have a Netflix subscription.