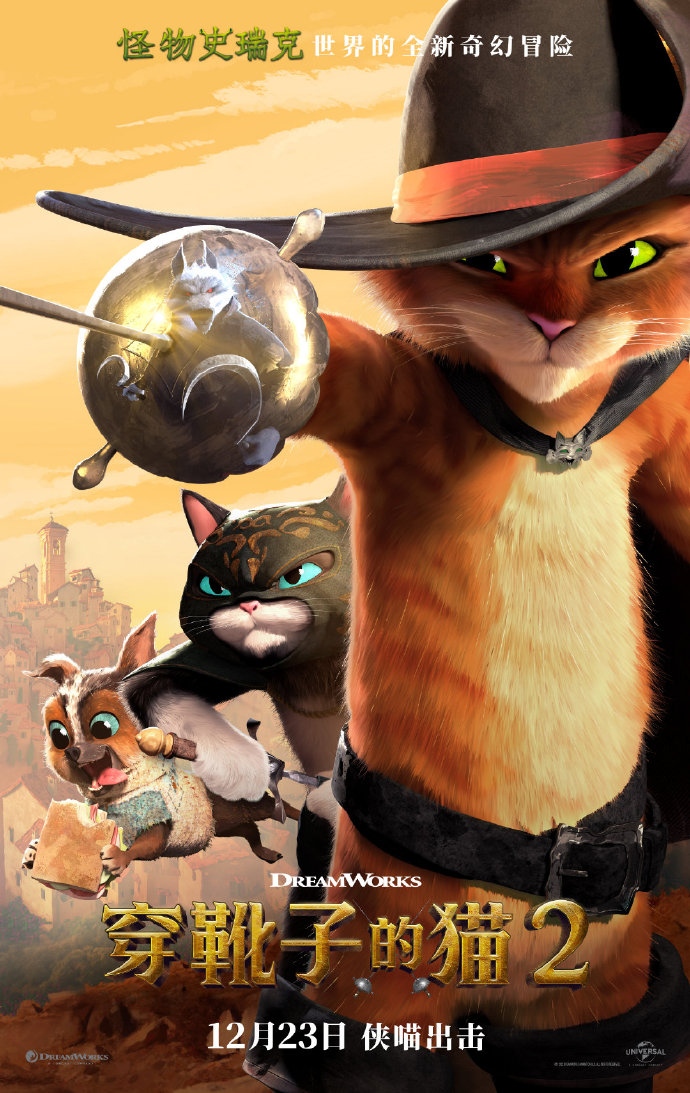 Universal/DreamWorks Animation’s Puss In Boots: The Last Wish has secured a China release date on December 23, two days after its North American bow. Apart from Avatar: The Way of Water, this currently appears to be the only other Hollywood title dated through the end of the year in the PRC.

After a series of previews, the animated sequel just began its international box office rollout this weekend, grossing $8.9M in 24 markets including France and Italy among majors. Domestic is dated for December 21 with other key overseas markets including Spain, Germany, Mexico, Australia, Korea and Brazil on deck throughout the Christmas and New Year holidays.

The 2011 original spin-off grossed $555M globally (unadjusted). It did not release in China. While the market has been depressed this year, Universal titles have seen fairly steady influx including Jurassic World Dominion, Minions: The Rise of Gru and The Bad Guys.

Salma Hayek Pinault is reprising the role of Kitty Softpaws in a reteam with Antonio Banderas who plays the titular feline. Harvey Guillén (What We Do in the Shadows) is making his franchise debut in the role of Perro, Kitty and Puss’ canine associate.

Joel Crawford and Januel Mercado serve as director and co-director of The Last Wish, respectively; Mark Swift produces. All three are part of The Croods: A New Age creative team.

The film is executive-produced by Illumination founder and CEO Chris Meledandri.