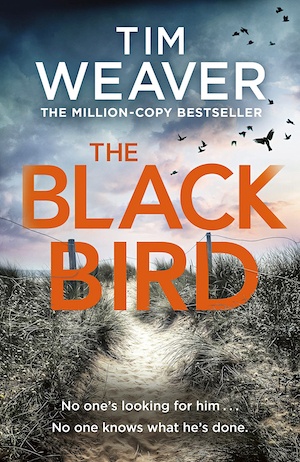 I’ve had 10 years of doing this and it doesn’t get any easier, I can tell you. Crime fiction is such an eclectic genre but even so it is easy to get stuck into a rut. This year I endeavoured to move a little outside of my comfort zone, and happily two new-to-me authors top and tail my 2022 selection. All of the spaces were hard fought for – at least inside my head, with CFL double double awards winer Elly Griffiths, Steve Cavanagh (another CFL awards honoree) and cosy crime writer Glenda Young among those who just missed the cut. Anyway, time to reveal my favoured five…

World War I has featured in many a novel, both crime and otherwise, but Philip Gray’s haunting book is set just after the conflict has ended, on the desolate battlefields where many of the fallen still lie, unnamed and abandoned. What pulls you in is the story of a man who is dedicating his time to recovering those victims and returning them to their grieving loved ones, and that of a determined young woman who defies all convention to arrive at the place where her fiancé was last seen, with the pair thrown together after an atrocity is uncovered. Two Storm Wood is a dark and darkly disturbing read that burrows under the skin like a scrap of discarded barbed wire, never letting go. It was reviewed in January and it stays with me still. Read the review.
Order now on Amazon or Bookshop.org

4 – A Heart Full of Headstones by Ian Rankin

Two old men sit within this selection – and I’m not talking about the authors! First under the spotlight is John Rebus, adored by we crime fiction lovers for 35 years. The former Edinburgh police detective is definitely feeling his age these days but thankfully Ian Rankin’s consummate skill as a writer keeps ol’ Rebus tottering along, lung disease or no lung disease. It’s more than his health we have to worry about this time, because as A Heart Full of Headstones opens, our hero is in the dock and things aren’t looking good. There is many a grey-haired detective lurking between the covers of cosy crime books these days, but Rebus is unique with his canny combination of good old fashioned copper’s intuition and take-no-prisoners twisted sense of justice. Read the review.
Order now on Amazon or Bookshop.org

3 – The Blackbird by Tim Weaver

Sinuous plotting and jump-off-the-page characterisation, coupled with luscious landscapes keep Tim Weaver, and his series of books about private detective David Raker, at the top of many people’s reading lists. The Blackbird is a stellar example of this writer’s work and it contains a mystery that’s quite the head-scratcher. Not content with sending Raker up many a blind alley, things are getting pretty dicy for another series regular – because over in the wilds of Wales, Raker’s fugitive friend Colm Healy has problems of his own. A cracking good story, made all the more readable by the lyrical writing style of its creator. Roll on book 12! Read the review.
Order now on Amazon or Bookshop.org

Old guy number two shuffles into view here. Yes, we’re talking about Harry Bosch, who as Desert Star opens is sitting in his gorgeous Los Angeles home and contemplating a neat row of pills. He’s feeling his age, but although the body is definitely creaking the brain is still as sharp as ever. Which is where Renee Ballard comes in. She has a new job heading up the LAPD’s Open-Unsolved Unit and tempts Harry back into the saddle with a cold case that he has always wanted to crack. Desert Star is a book infused with both hope and despair and as Michael Connelly gradually unfolds his tale you read on with a sense of panic and impending doom. Bosch and Ballard make such a great team and it is a pleasure to have them back together again in a book that is the best so far for this double act. Read the review.
Order now on Amazon or Bookshop.org

1 – The Cliff House by Chris Brookmyre

A book about a hen party that goes wrong? So far, so meh – because we’ve seen it all before, haven’t we? Well, no. Not when Theakston Crime Novel of the Year and McIlvanney Prize winner Chris Brookmyre decides to take a tired crime fiction trope and give it a good old shake up! The Cliff House may have some familiar ingredients – remote island, women on a hen weekend, oops… something goes wrong – but Brookmyre deconstructs them and creates a new and hugely palatable dish. I began reading this book expecting to tread a familiar path, but this is an author who obviously delights in wrong-footing his readers at every end and turn, and does it brilliantly. The result? My book of the year – and I resolve in 2023 to catch up with some of Brookmyre’s back catalogue. Read the review.