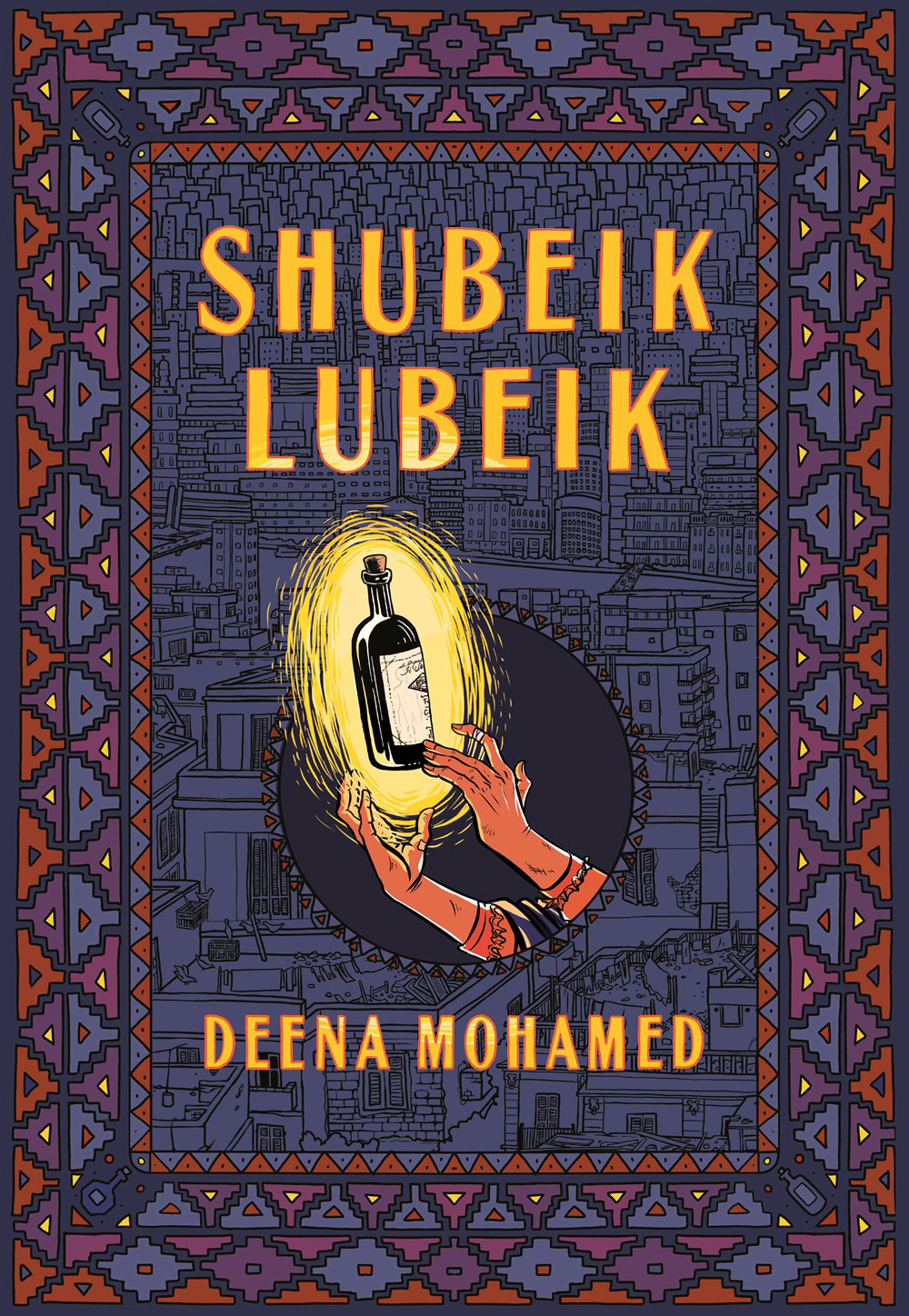 Shubeik lubeik translates from the Arabic to “your wish is my command,” an iconic fairy-tale phrase that’s also the title of a brilliantly original graphic novel from Egyptian comics creator Deena Mohamed. Her richly detailed drawings imbue contemporary Cairo—and its all-too-familiar atmosphere of bureaucracy, rigid laws and class-based bias—with the magic of wishes, dragons, flying cars and talking donkeys.

Originally self-published, Shubeik Lubeik won the grand prize at the Cairo Comix Festival in 2017; by the end of the year, Mohamed had signed on with the agent who discovered Persepolis by Marjane Satrapi. For the book’s highly anticipated American publication, Mohamed translated Shubeik Lubeik into English herself and requested that the book be printed like Arabic books, to be read from right to left.

Mohamed’s novel introduces a world where wishes are real and sold in three tiers. First-class wishes are the most expensive and last the longest, while third-class wishes are the budget option, carrying a higher risk of things going wrong. The story begins at a modest kiosk where three first-class wishes are for sale. The first is purchased by Aziza, a struggling widow whose economic status makes it difficult for her to own—let alone use—her wish. The second wish goes to Nour, a privileged college student who is conflicted about wishing away her severe depression. Finally, Shokry, owner of the kiosk and thus the remaining wish, struggles with the morality of using his wish to improve the health of a dear friend.

Mohamed’s bold, expressive illustrations split the difference between cartoon and realism, with brightly colored details contrasting against the monochromatic tedium of government documents. Records of wish laws, facts and trivia are as dense as any legal text, but they also offer a sly nod to such real-life social issues as mental health, poverty and sexism. The rendering of Nour’s depression via graphs, charts and maps is particularly effective.

These characters’ struggles and successes are equally heartbreaking and uplifting, creating a wholly satisfying reading experience. Our wish is Mohamed’s command.