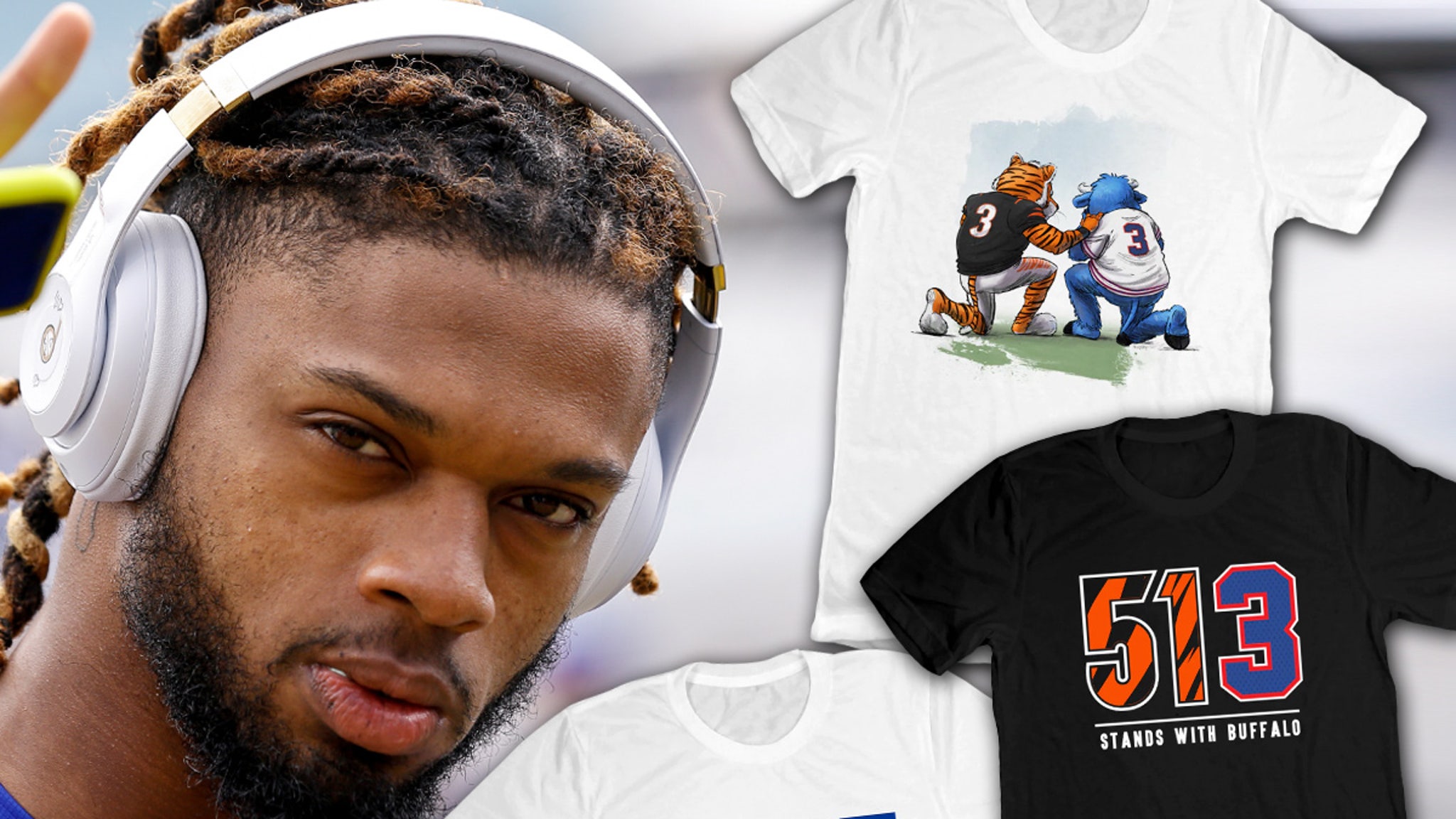 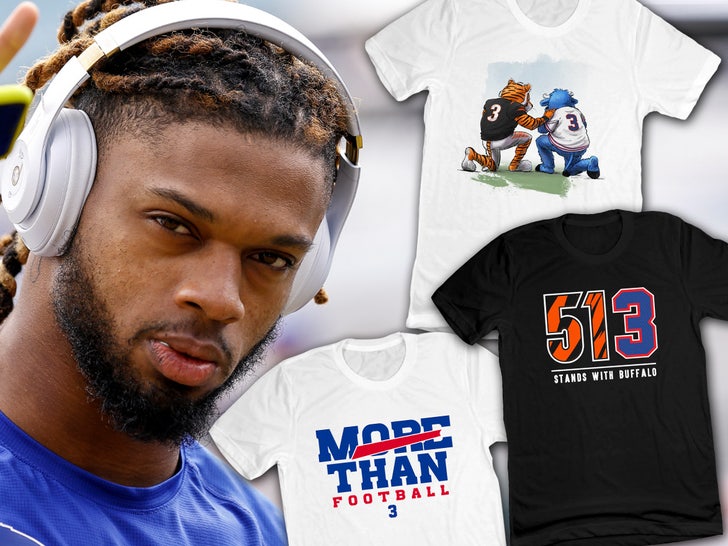 A Cincinnati store that made custom Damar Hamlin shirts in the wake of the Bills safety’s medical crisis tells TMZ Sports it’s made $50K off the tees … and is now planning on donating all of that cash to DH’s Chasing M’s Foundation.

Cincy Shirts put together three designs after the scary incident on Jan. 2 … when the 24-year-old collapsed and went into cardiac arrest during the Bills vs. Bengals “Monday Night Football” game.

One shirt reads “More Than Football” with Hamlin’s #3 jersey number. Another has Cincinnati’s “513” area code on it with Bengals and Bills team colors. The third is a design from a local artist that features the Bengals and Bills mascots wearing No. 3 jerseys. 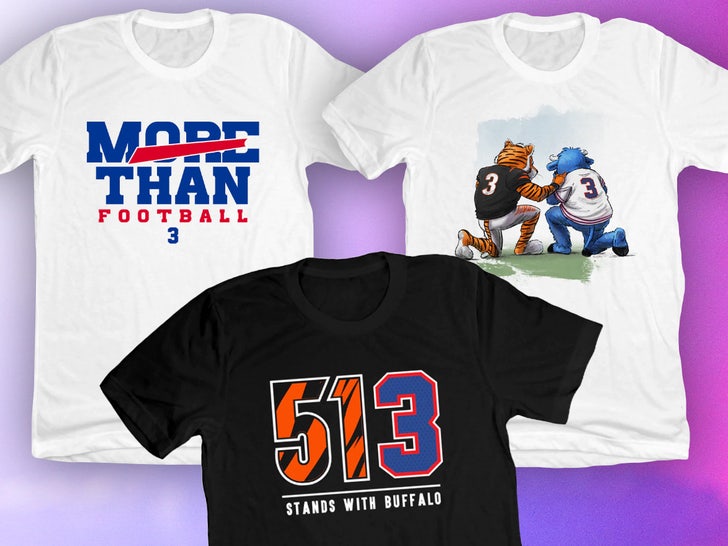 Cincy Shirts co-owner Josh Sneed tells us the custom pieces are selling like crazy, both in stores and online … and they’re trying hard to keep up with the orders.

Sneed went on to say that all of the proceeds from the shirt sales will be donated to Hamlin’s foundation.

“It seems no matter who needs something, this city steps up,” Sneed said. “I’m lucky to see this happen time in and time out. Very proud of this city.”

Sneed also delivered a box of shirts to Hamlin’s family at the University of Cincinnati Medical Center and to the Bengals. In fact, cornerback Cameron Taylor-Britt took a selfie wearing one on Thursday. 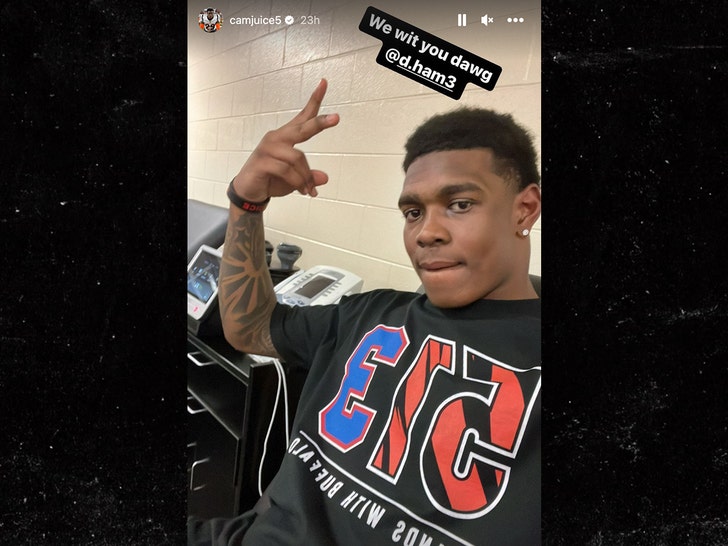 Cincy Shirts is one of many apparel stores trying to help out Damar … Obvious Shirts also made custom Hamlin tees and hoodies and donated $14,003 to the foundation on Thursday.