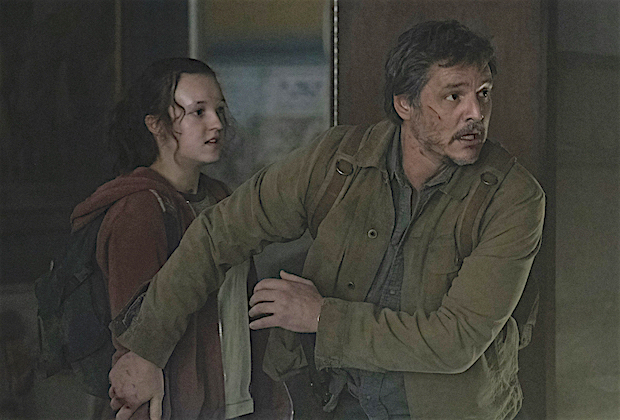 When The Walking Dead debuted on AMC in 2010, it was a revelation: a high-octane thriller set during a zombie apocalypse that was grimmer and gorier than anything we’d ever seen on TV. But after eleven seasons, several spinoffs and countless knockoffs, the entire zombie genre started to feel like it was on its last undead legs. Thanks to HBO’s new series The Last of Us, though, it’s showing surprising signs of life. Masterfully tense and deeply emotional, The Last of Us (debuting this Sunday at 9/8c; I’ve seen the first three episodes) delivers all the nail-biting action we expect from the genre, but makes sure to ground it in authentic human emotion, too. 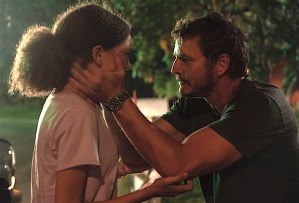 Based on the acclaimed video game, The Last of Us takes its sweet time setting up the pre-apocalypse world in the premiere, with The Mandalorian‘s Pedro Pascal starring as Joel, a single dad living with his daughter Sarah (Nico Parker) in Texas. Life seems normal and peaceful enough, but we notice fleeting hints of danger here and there in the background — and then all of a sudden, the world is ending. The culprit is a mind-altering fungal infection that rapidly turns unsuspecting humans into howling zombies known as “the infected” that are frighteningly fast and agile. (These aren’t the limping, lurching zombies we’re used to seeing.) The premiere’s first thirty minutes are a riveting, horrifying set-up, establishing a sturdy emotional foundation for the rest of the series.

Two decades later, Joel is living in a heavily fortified quarantine zone when he’s tasked with escorting a teen girl named Ellie (played by Game of Thrones alum Bella Ramsey) across the zombie wasteland… and she’s valuable cargo, for some mysterious reason. Pascal and Ramsey immediately have a strong, spiky dynamic as the two reluctant travel companions, and the horrors they face together are very real. The zombies here are vividly grotesque — the landscape is littered with fungally infected corpses, with mushrooms growing out of the eyes, ears and mouths — and highly lethal, too. 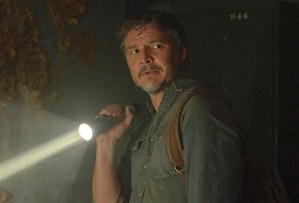 What follows is a bleak, moody mashup of The Walking Dead and Pascal’s The Mandalorian. (Here he is, ferrying a gifted child through dangerous terrain again.) Emmy-winning writer Craig Mazin (Chernobyl) adapts the series with a keen eye for human behavior and laces his scripts with chilling parallels to our pandemic times. While the early episodes can get exposition-heavy, the action scenes act like jolts of pure adrenaline: both breathlessly tense and gruelingly intense. This show doesn’t revel in blood and guts like The Walking Dead, though; it prefers to slowly build suspense and let our imaginations run wild.

The Last of Us treads familiar territory at times — it almost can’t help it, due to the sheer explosion in zombie content over the past decade — but there’s an elegance here, a melancholy beauty that sets it apart. (The hollowed-out cities with abandoned skyscrapers overgrown with wild vegetation are just so gorgeously sad.) The third episode, in particular, is a tiny jewel, dramatizing a standoff between a paranoid survivalist played by Nick Offerman and a wayward traveler played by Murray Bartlett. Their story is a big detour and takes some unexpected turns, but it works beautifully, underlining how essential the human element is to a show like this.

Certainly, The Last of Us isn’t for everyone: It requires a strong stomach, for one thing. (I can’t imagine binge-watching more than one episode at a time.) But for those who are up for it, it’s a highly compelling and artfully crafted step forward for the zombie genre — and for television in general.

THE TVLINE BOTTOM LINE: HBO’s The Last of Us revitalizes the zombie genre with gruelingly intense action and deeply humane storytelling.