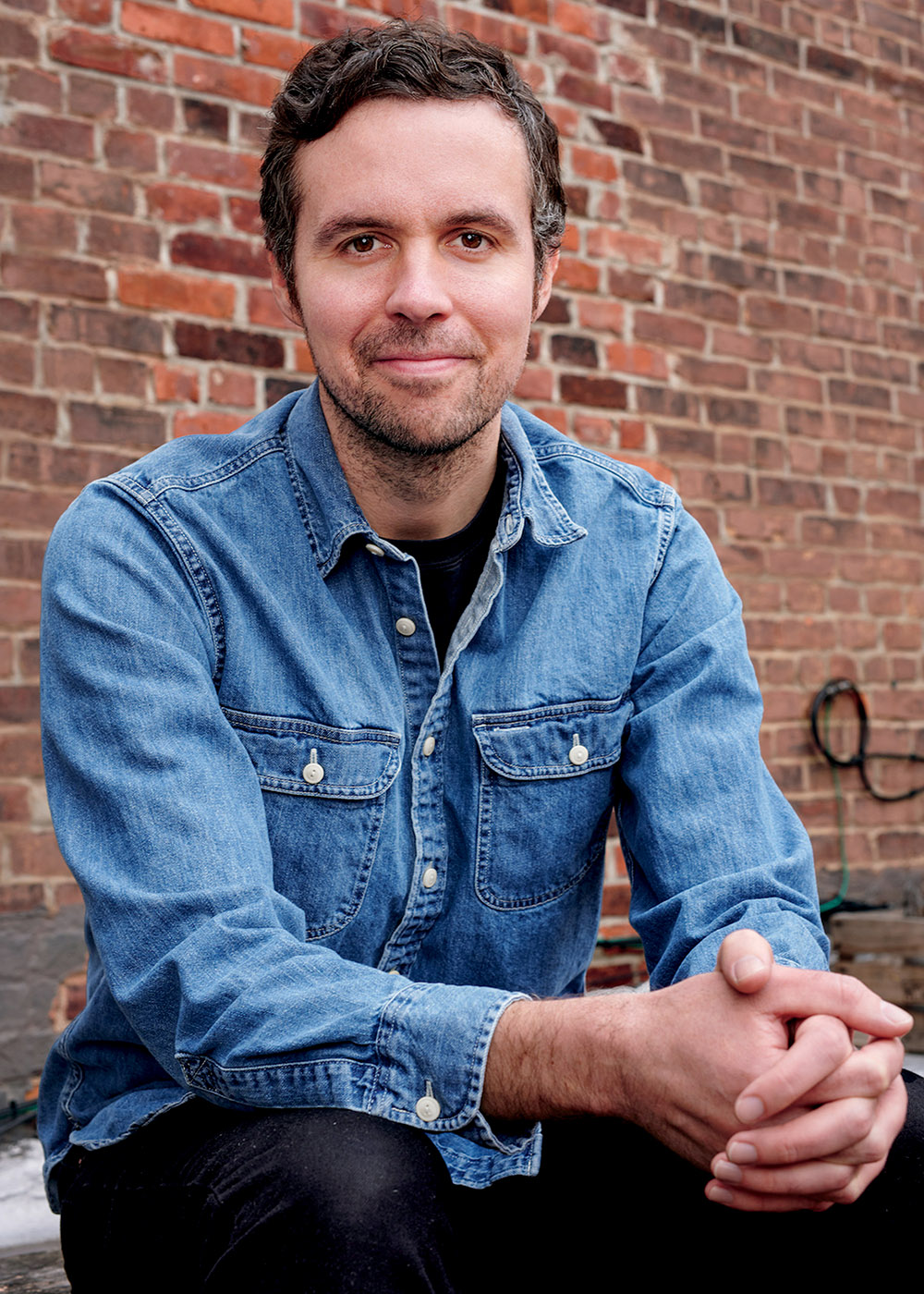 John Hendrickson begins his memoir, Life on Delay: Making Peace With a Stutter, at the point when most people first encountered his byline: during an interview in 2019 with then-presidential candidate Joe Biden for The Atlantic, where Hendrickson is a senior editor. Although he is a person who stutters, the viral article, titled “What Joe Biden Can’t Bring Himself to Say,” was Hendrickson’s first piece about stuttering that was written for “public consumption,” he tells me by phone from his home in New York City.

At the time of our conversation, near the end of 2022, Biden is almost halfway through his first presidential term. Hendrickson, meanwhile, has spent the intervening years writing a memoir about stuttering and his journey of self-acceptance, prompted by his highly acclaimed article on Biden’s lifelong stutter. “Writing the article was the first time I had really reckoned with the layers of being a person who stutters,” he says. “[Stuttering] goes well beyond difficulty in saying words. It’s about avoidance and coping. It’s about trying to find self-confidence. It’s about stigmatization. There are so many layers to it that are deeper and more complicated than the mechanics of saying words, and that was the first time I had ever addressed any of that in a meaningful way.”

Read our starred review of ‘Life on Delay’ by John Hendrickson.

Like Biden and Hendrickson during their interview, Hendrickson and I share a common experience: We stutter. We spend the first few minutes of our phone call exchanging mutual relief that there’s no pressure to hide our stutter during introductions, and no apprehension about how the person on the other end might react to the repetitions, prolongations, blocks or other auditory elements of our stutters. That sense of camaraderie is one Hendrickson highlights in his book as well, which not only covers his firsthand experience with stuttering but also incorporates interviews with stutterers from diverse backgrounds. “My personal story is mine, and it contains certain elements that are universal. But there are so many other people, so many other stories and other perspectives out there that are very different from the life that I’ve lived, even if we’ve both lived with a stutter,” Hendrickson explains. “Those different perspectives really broadened my understanding. I can only convey my own way of living, but that wouldn’t be a full enough picture. I wanted to make sure I was offering the reader a true variety of perspectives on navigating this disorder.”

Those other perspectives include a guitarist named Lyle who sells self-referential T-shirts about his stutter; a nurse practitioner named Roisin who became the co-leader of a stuttering support group, where she eventually met her spouse, Stavros, who also stutters; and a “multitalented artist” who has “reclaimed the power of his stutter like no one I’ve ever met,” Hendrickson writes, by rendering his first name, Jerome, with a preferred spelling of “JJJJJerome,” further cementing the connection between his identity and his speech.

“The underlying message of the book is: Never underestimate your capacity for change.”

Alongside these compelling conversations, Hendrickson provides the most up-to-date medical and scientific research on stuttering. He describes therapy practices that emphasize self-acceptance over more traditional techniques, like fluency shaping, that approach stuttering as a problem to be solved or eliminated. “It was very important to me to highlight the most cutting-edge, modern and progressive approaches to therapy, in which they’re giving clients the primary message of: ‘Communicate confidently,’” Hendrickson says. “‘It’s OK to stutter, and we want to work with you to make you feel empowered to speak in any situation. If you’re disfluent or fluent, it doesn’t matter. What matters is that you’re talking at all. What matters is that you’re living a full life with your stutter.’”

There’s an interesting sense of disconnection when writing about a stutter, which can be physically transcribed on the page—by repeating certain letters or sounds, or using ellipses and white space on the page to mimic blocks and pauses—but can’t be fully realized until it’s spoken out loud. Even so, there are scenes in Life on Delay that capture the strain, pressure and anxiety of daily interactions as a person who stutters. “This is the tension that stutterers live with: Is it better for me to speak and potentially embarrass myself or to shut down and say nothing at all?” Hendrickson writes in an early chapter. “Neither approach yields happiness.” In the first half of the book, there’s a sense of melancholy, isolation and anger toward his speech that Hendrickson captures beautifully: “I understand that my stutter may make you cringe, laugh, recoil. I know my stutter can feel like a waste of time—of yours, of mine—and that it has the power to embarrass both of us. And I’ve begun to realize that the only way to understand its power is to talk about it.” Hendrickson shares that part of his motivation for writing Life on Delay, for addressing those feelings of shame and isolation head-on, was to “write a book that my teenage self wanted to read.”

“It’s harder and it takes longer to reach a place of acceptance—to really undergo this change in perspective and make peace with the fact that things aren’t perfect.”

As Hendrickson reflects on his own childhood, interacts with more people who stutter and conducts interviews that foster open and authentic communication over the course of Life on Delay, a sense of acceptance for his own speech begins to emerge. “I’ve changed,” Hendrickson says succinctly. “I’ve undergone a change with my relationship to my stutter. Five years ago, 10 years ago, 15 years ago, I would have never expected to be writing a book about stuttering, or giving interviews, or doing anything remotely resembling public speaking. So the underlying message of the book is: Never underestimate your capacity for change.”

Hendrickson says the change he experienced was a result of finally accepting his speech and regarding it as a fact of his lived experience, rather than an obstacle to be altered or avoided. “The subtitle of the book is ‘Making Peace With a Stutter’ because that was really my goal. It’s possible to reach a place of peace with it, and that is a really profound feeling, because it’s different from liking something or hating something,” he says. “There are so many things in our lives we likely wish were different or, if we had a do-over, that we would change. It’s harder and it takes longer to reach a place of acceptance—to really undergo this change in perspective and make peace with the fact that things aren’t perfect. When you’re able to internalize a message like that and apply it to other parts of life, it does give you a sense of peace.”