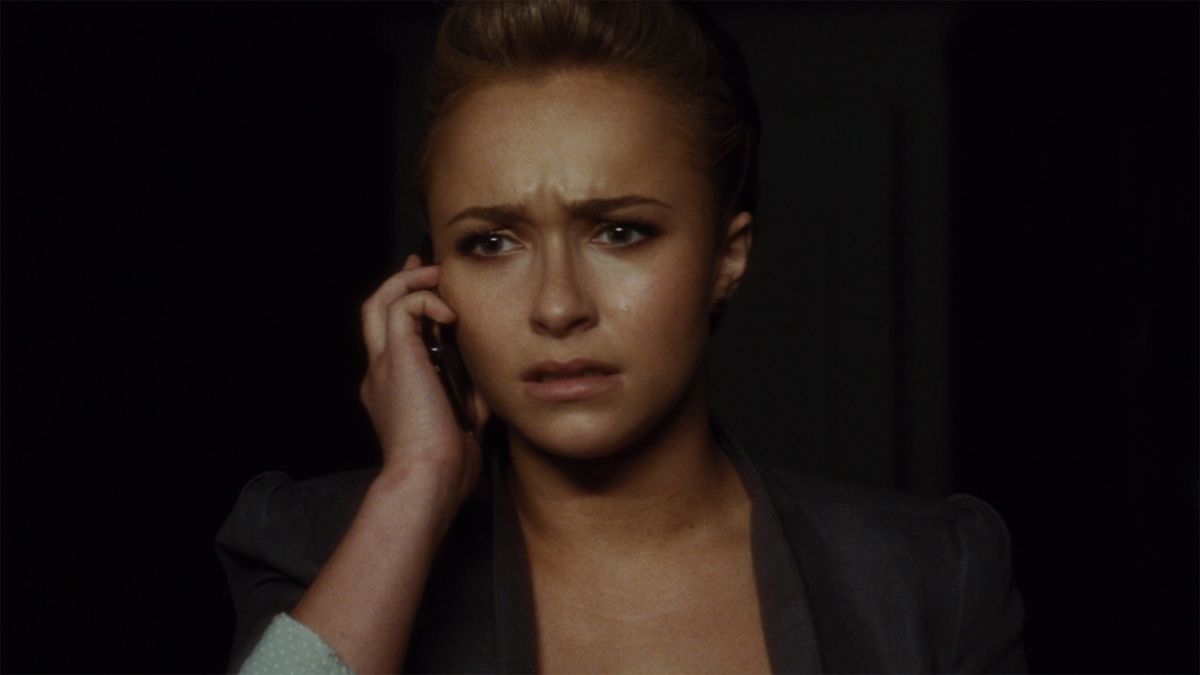 The horror genre was built on long-running franchises, usually containing an iconic signature killer. Wes Craven’s Scream is no exception, with Ghostface and the denizens of Woodsboro remaining beloved over the years. The property will once again return to theaters with Scream VI, directed by filmmakers Matt Bettinelli-Olpin and Tyler Gillett. And a new image from the upcoming slasher has revealed the first look at Hayden Panettiere back as fan favorite character Kirby Reed.

Hayden Panettiere appeared as Kirby in Scream 4, which was the last installment released before the death of Wes Craven. Fans long debated whether or not she survived her encounter with Ghostface, with her survival being confirmed in an easter egg from the fifth movie. Now we can finally see her back in action thanks to a Scream VI sneak peek from EW. Check it out below:

Do you hear that sound? Its countless Scream fans out there cheering because Kirby Reed has finally graced our screens for the first time. While moviegoers were disappointed to learn that Neve Campbell wouldn’t be appearing as Sidney Prescott in Scream VI, the return of Hayden Panettiere might help to soften the blow. Let’s just hope she has a major role in the highly anticipated upcoming horror movie.

This glimpse at Hayden Panettiere in Scream VI comes a day before the movie’s full trailer is expected to finally be released. EW got the scoop of additional images featuring the likes of Courteney Cox, Melissa Barrera, and Wednesday actress Jenna Ortega. Chem them out for yourself below,

This sneak peek into Scream VI doesn’t reveal much about the movie’s contents, but it’s thrilling to finally be treated to our first look at Ghostface as well as the survivors who will be attempting to survive his massacre through New York City. The story will focus on the two sets of surviving siblings from the fifth movie, but it looks like they’ll eventually be paired with none other than Hayden Panettiere’s Kirby Reed. Since she also survived her own Ghostface attack, she might be a valuable resource when facing off against another killer.

Kirby was one of the bigger horror movie geeks in Scream 4, which is a common trope throughout the slasher property. She got a truly epic phone call sequence with Ghostface, listing of a horror titles while weeping in what is one of the most iconic moments of the entire movie. While she was stabbed by Charlie after he revealed himself as a killer, we never actually saw her body. Luckily the fan theories about her still being alive turned out to be true.

While the contents of Scream VI are being kept under wraps, the cast and crew have all discussed how the new setting of New York City will have a huge influence on its action. Because while the Big Apple is heavily populated, it’s also filled with locals who might not look up when they hear a scream. And as such, it should feel both claustrophobic and isolating. Bring on the scares!

Scream VI is expected to arrive in theaters on March 10th. In the meantime, check out the 2023 movie release dates to plan your next movie experience. We’ll just have to wait and see if another sequel is ordered, possibly allowing Neve Campbell to return once again.