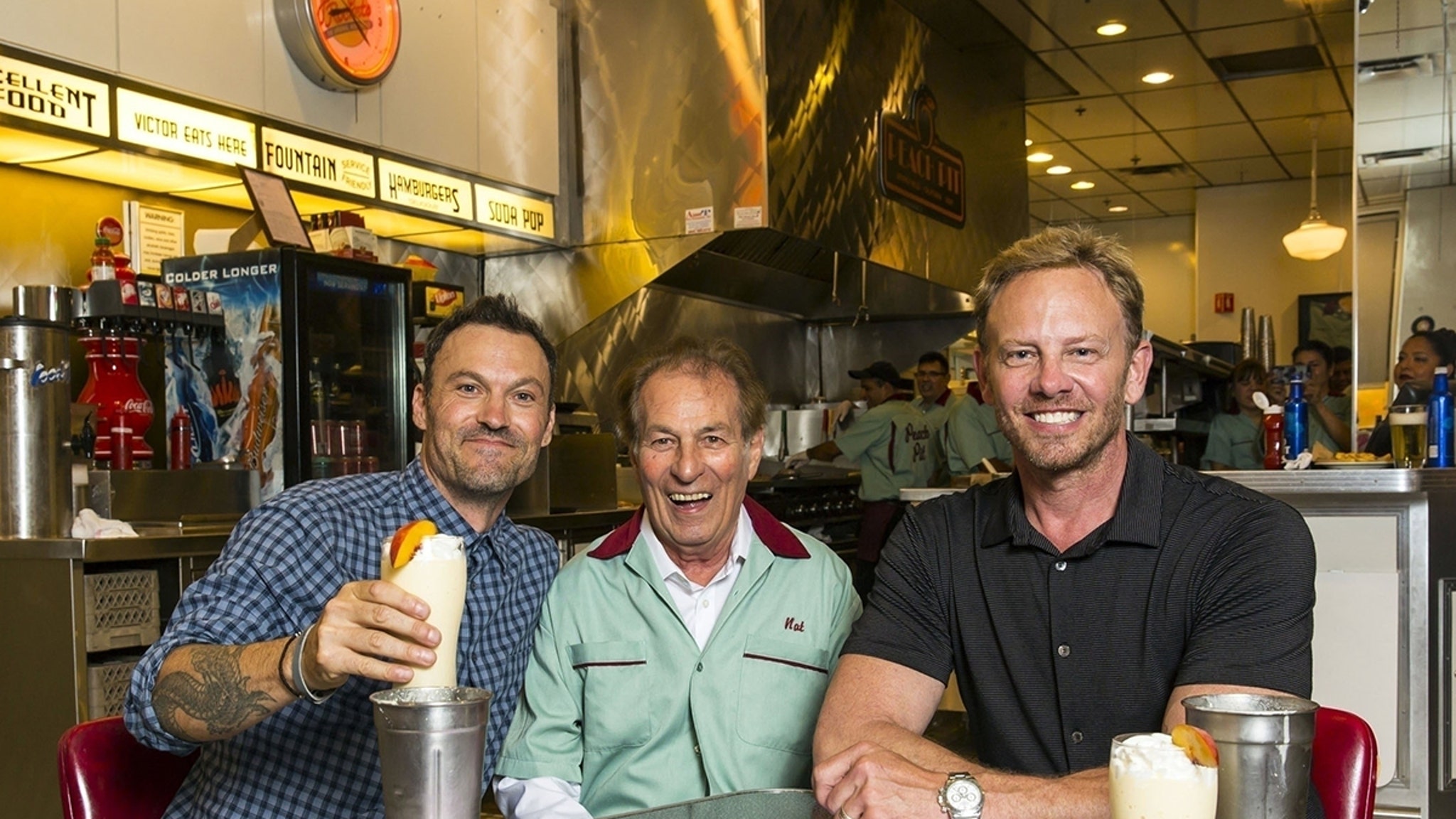 The “Beverly Hills, 90210” reboot has been on the air for about a month now, and it looks like the big reunion is continuing off-screen with a revived pop-up from the show.

‘90210’ stars Brian Austin Green, Ian Ziering and Joe E. Tata were among some of the actors who showed up Friday to a Johnny Rockets in L.A. that had been transformed into the Peach Pit — the same after-school hangout from the show, with the fictional owner to boot.

Looks like they did a pretty intricate job at reimagining the joint … the menus were changed and everything, and even some of the grub appeared to be Peach Pit specials.

Now, the Peach Pit pop-up isn’t entirely new — the gang did the same thing earlier last month ahead of the debut of their new spin-off, ‘BH90210,’ which stars much of the OG cast.

This time, Brian and co. ran it back as part of a special event for a live episode of his podcast, “…with Brian Austin Green,” which he recorded at Torrance High School (the filming site from way back in the ’90s). The proceeds they raised this weekend was donated to charity in honor of Luke Perry — who died this year before the new show launched.

Seems like the Peach Pit experience went off without a hitch. Here’s hoping someone had a Made-to-Order-by-McKay burger to bring it all home.