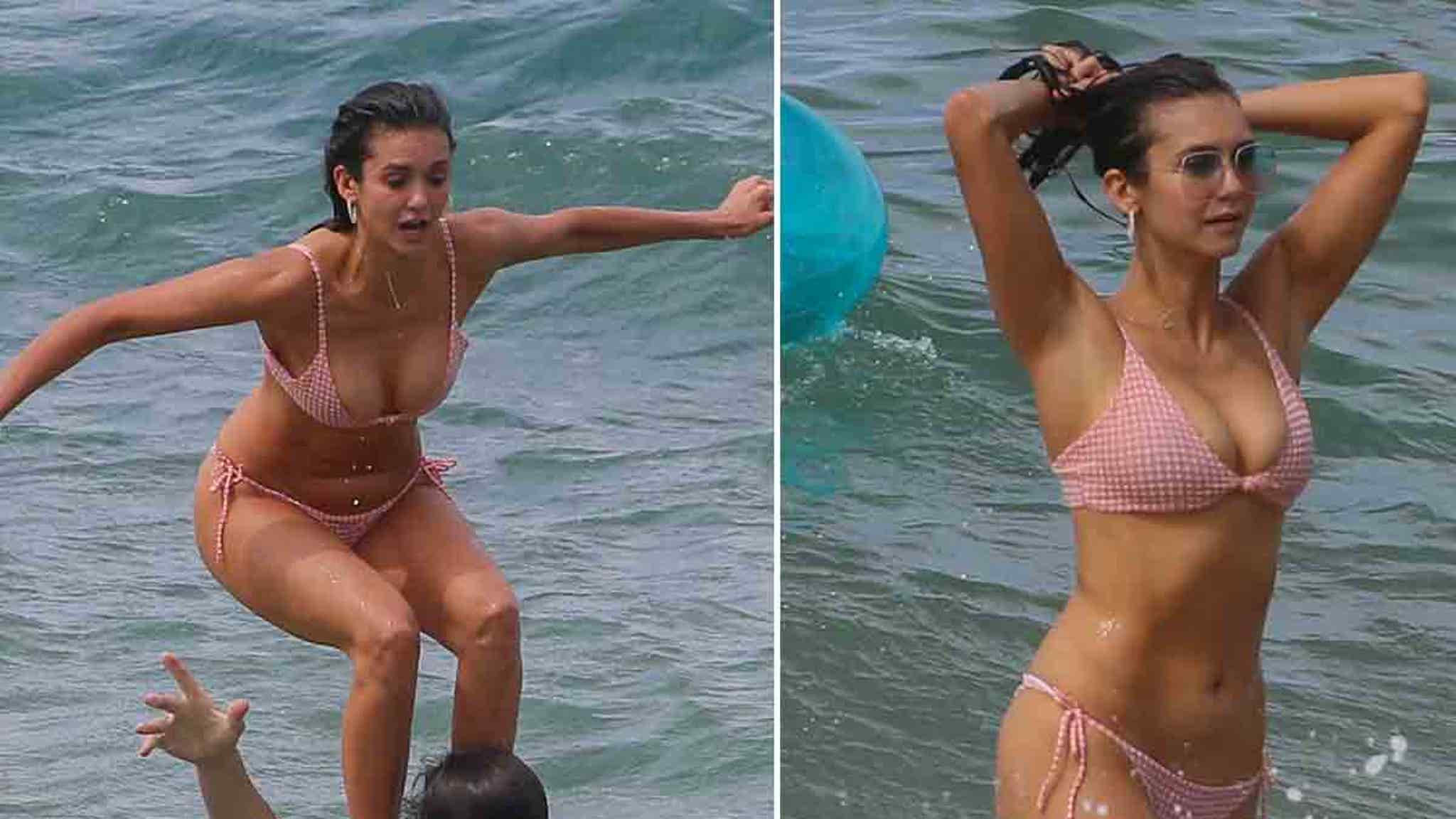 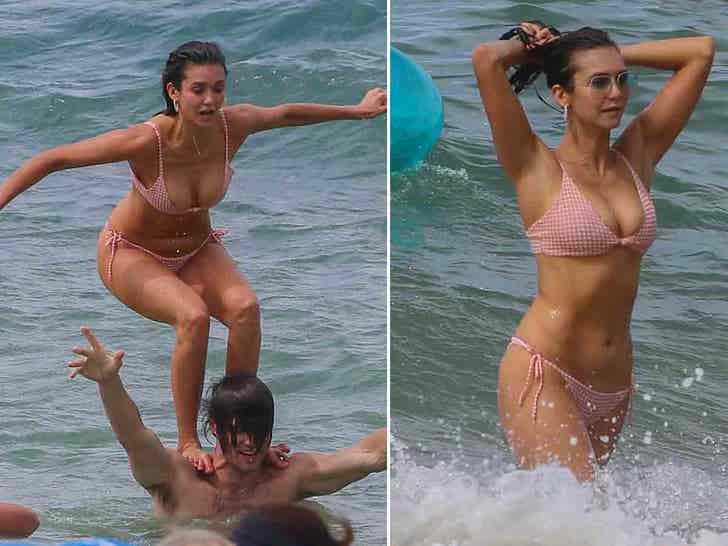 Nina Dobrev had two things on her mind while splashing around with her new(ish) boyfriend in the California deep blue — shoulder rides, and launch angles.

The former ‘Vampire Diaries’ star was at a beach Saturday with her man, Grant Mellon, where they got in lots of PDA, both in and out of the ocean. Nina mounted Grant’s shoulders at one point, almost like they were ramping up for a game of chicken.

Turns out, Nina was actually getting ready to have her beau launch her into the air … where she would attempt a backflip, and then land safely in the waves. Classic beach trick.

When they were back on shore, Grant and Nina showed some more traditional affection … sharing a kiss and embracing each other for love and tenderness.

The couple has reportedly been together since at least March of this year, possibly even earlier than that. They’ve been spotted out together a lot over summer, including a trip to Cannes.

BTW, Nina’s in this new flick called “Lucky Day” — which drops later this month. Fitting, ’cause that’s gotta be what Grant’s thinkin’ all the time when he’s with her. That’s a safe bet.