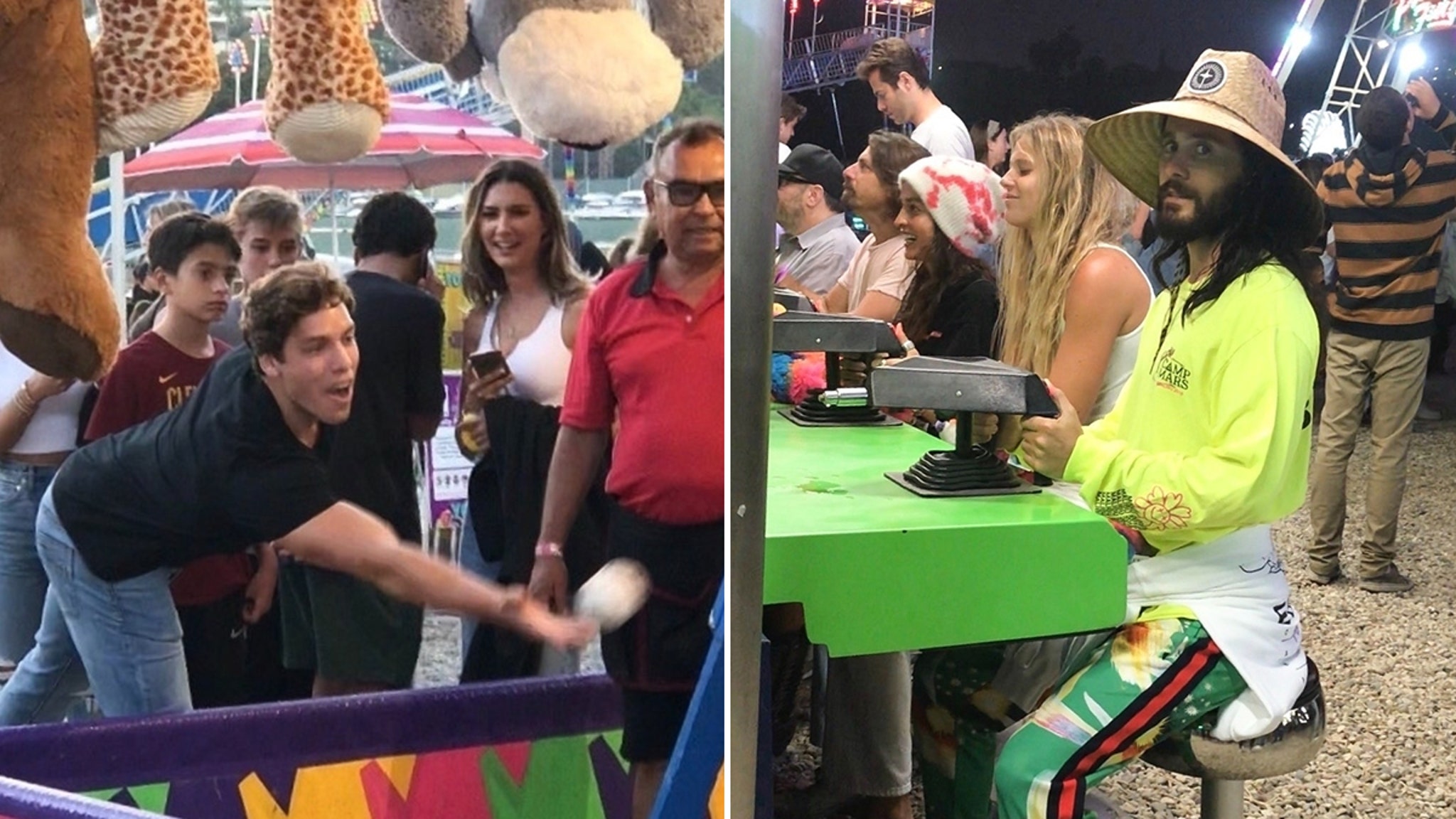 Jared Leto and Joseph Baena channeled their inner child over the weekend at the Malibu Chili Cook-Off … and they both came up big.

The 38th annual event was rocking and rolling over the weekend in the ‘Bu. This event always brings out tons of celebs who for a day get to be little kids again … playing games and hopping on the tons of carnival rides.

The Oscar winner and frontman for Thirty Seconds to Mars scored a prize on his night out … proudly wearing a stuffed animal wrapped around his waist. Joseph wasn’t hauling around any kind of prize … unless commanding the attention of a couple of hotties counts as a win.

BTW … we always see tons of stars at this event but one thing seems to be missing — where’s the damn chili?!?!