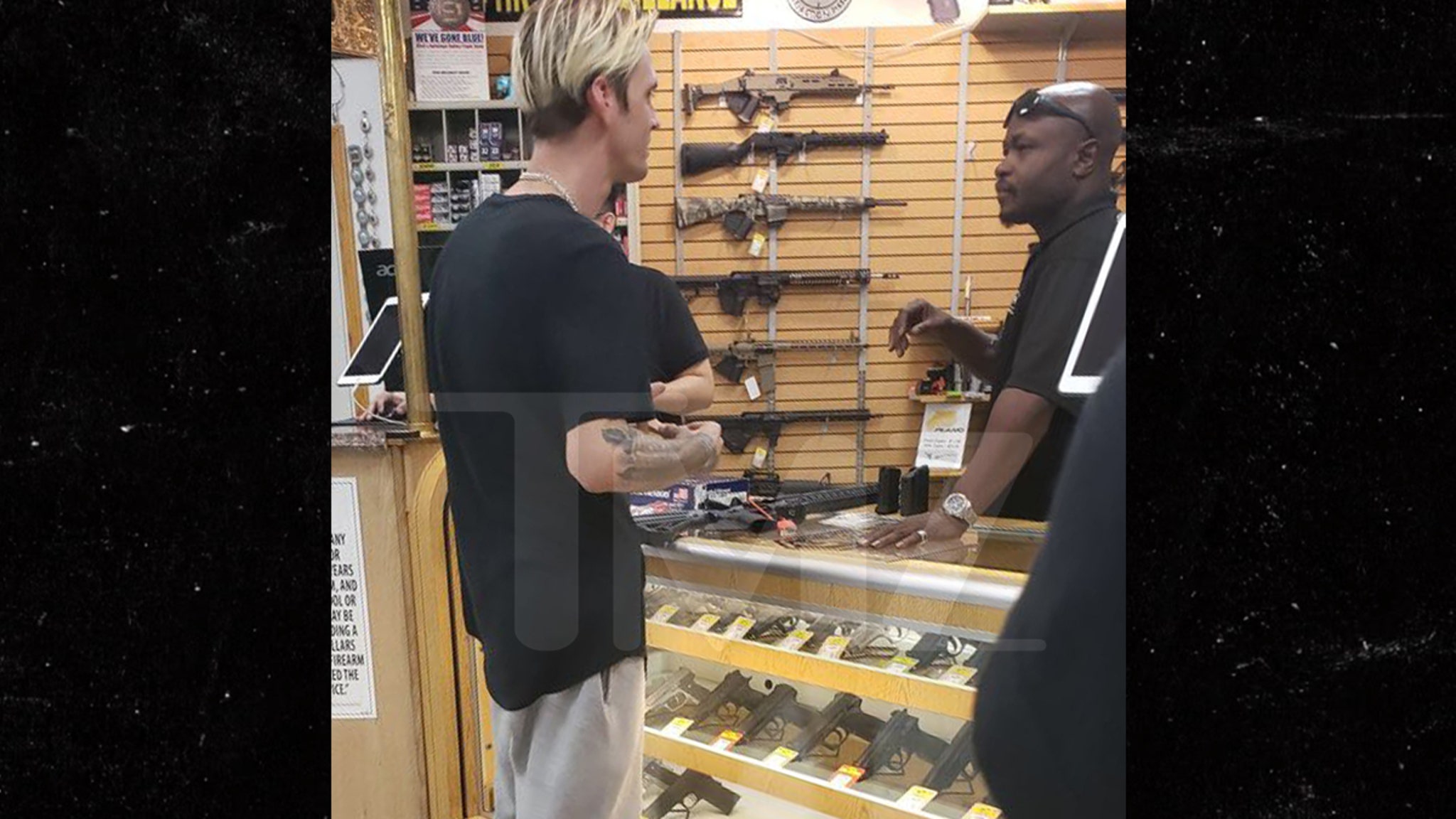 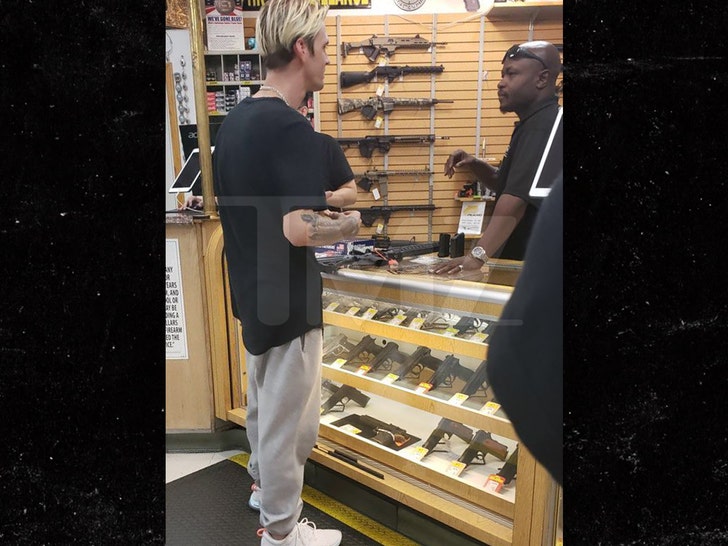 Aaron Carter is adding to his home arsenal … hitting up a pawn shop to purchase 2 guns and a bunch of ammunition.

The singer dropped by Rick’s Pawn Shop Tuesday in Lancaster, CA … and we’re told Aaron bought a handgun and a rifle, plus 300 rounds of hollow tip bullets. 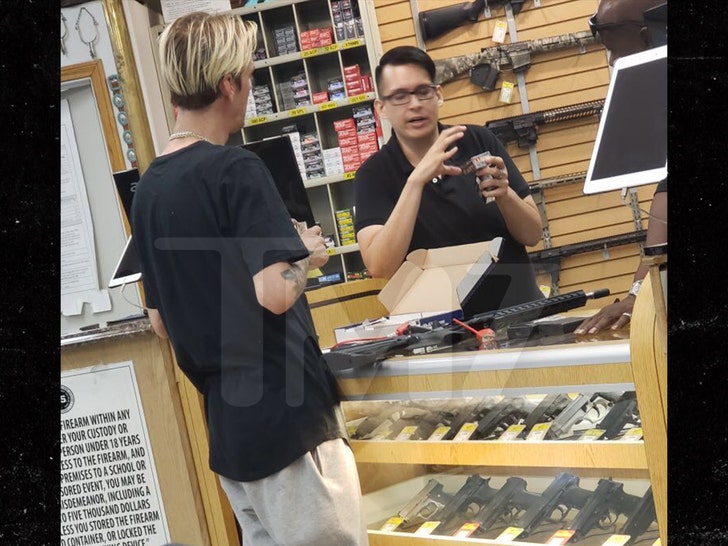 Looks like Aaron is dead set on starting his own gun collection after inheriting a massive cache of weapons from his father. Aaron got his gun license less than 2 weeks ago, and he immediately bought a 9mm handgun and 2 assault rifles.

After Tuesday’s purchase, Aaron owns at least 5 firearms — still a long way to go to catch up to the 500 guns he says his pops passed down to him. 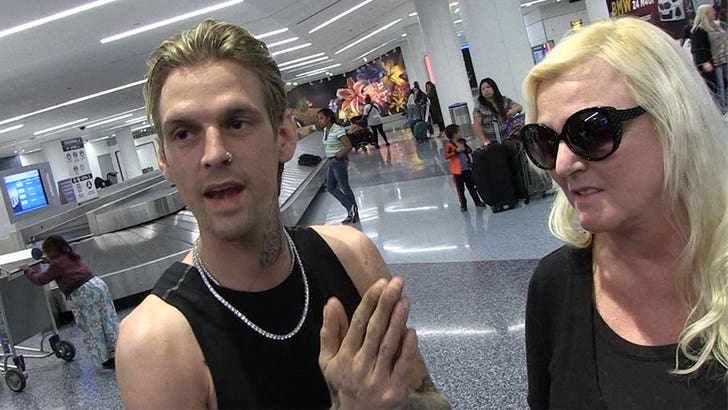 We broke the story … Aaron told us last week owning assault weapons is a necessity, because his dad taught him to protect himself and his family by any means necessary. Aaron also said his mental stability is “infinite” — despite loved ones being concerned about his mental health.

BTW … Aaron had his background check flagged two years ago when he tried to buy a gun in Florida, which was around the time he entered rehab. 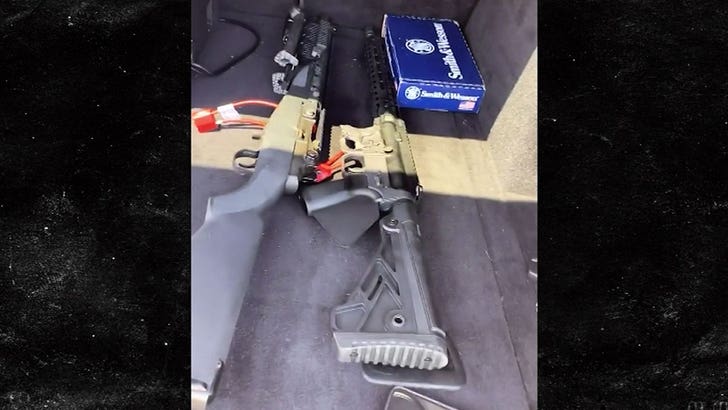 Shortly after his latest weapons purchase, Aaron made it clear he’s fully educated on gun safety, and has passed all necessary courses. Point being … now that he has the green light to buy guns, he’s going to take full advantage.