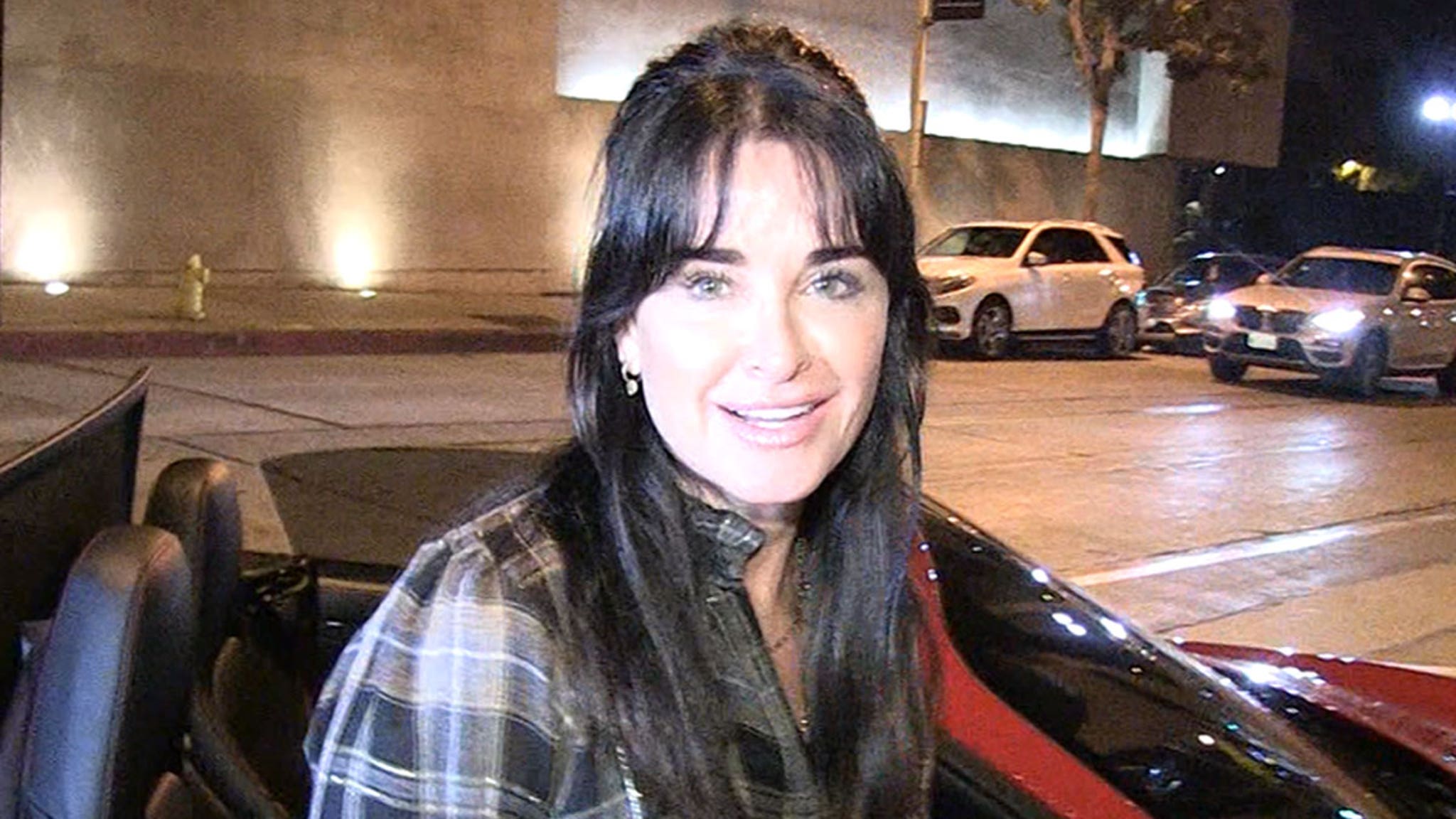 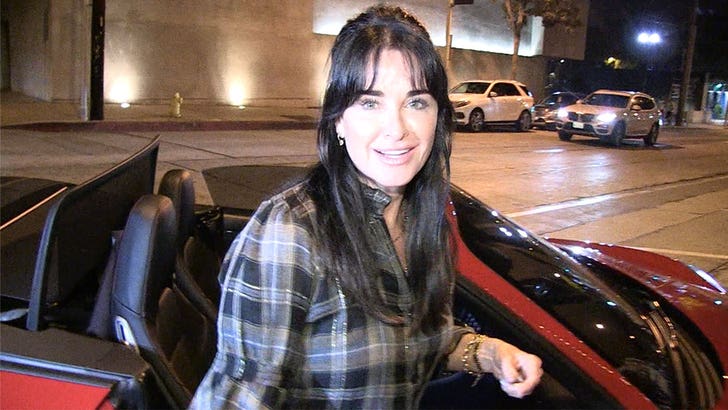 We got the ‘RHOBH’ star Tuesday night as she left Craig’s in WeHo, and our camera guy asked Kyle straight-up … was Camille’s non-vite back for Season 10 Kyle’s doing, as Camille herself claimed on Twitter just last week? Kyle shoots down that notion completely. 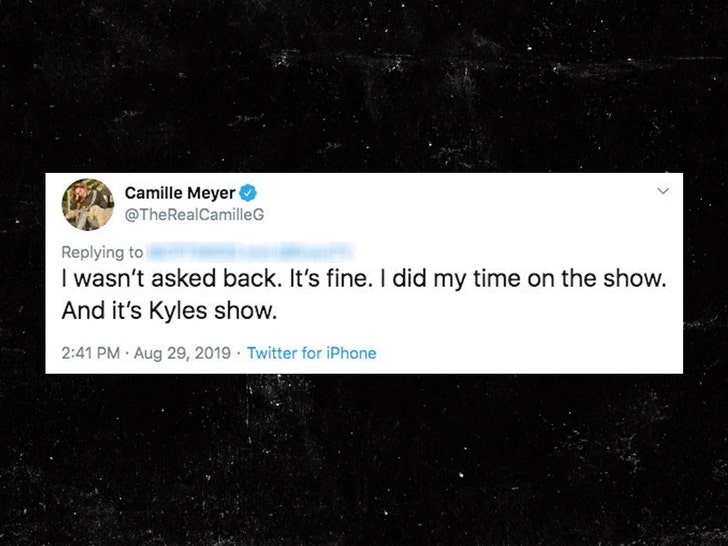 She tells us that she doesn’t know why Camille might’ve said that, as Kyle claims there isn’t any bad blood between the two of ’em. Kyle also denies that it’s “her show” now.

We ask a follow-up question about Garcelle Beauvais being cast for the forthcoming season — and becoming the first black woman to star on ‘RHOBH’ — and Kyle says she couldn’t be more thrilled … adding that she’s gonna kill it as a main housewife.

It’s interesting … rumors have circulated that during the taping of Season 9’s reunion show earlier this year, Camille made some eyebrow-raising comments that didn’t air, including an alleged comment about not having to apologize for being a white woman.

Not saying one thing might have to do with the other, but the timing of everything certainly makes you wonder if that might’ve been tied to Camille not being asked back.

On a lighter note, we also got Kyle’s thoughts on reprising her old role for the new ‘Halloween’ flick. Check it out … sounds like Michael Myers has nothing on real housewives.