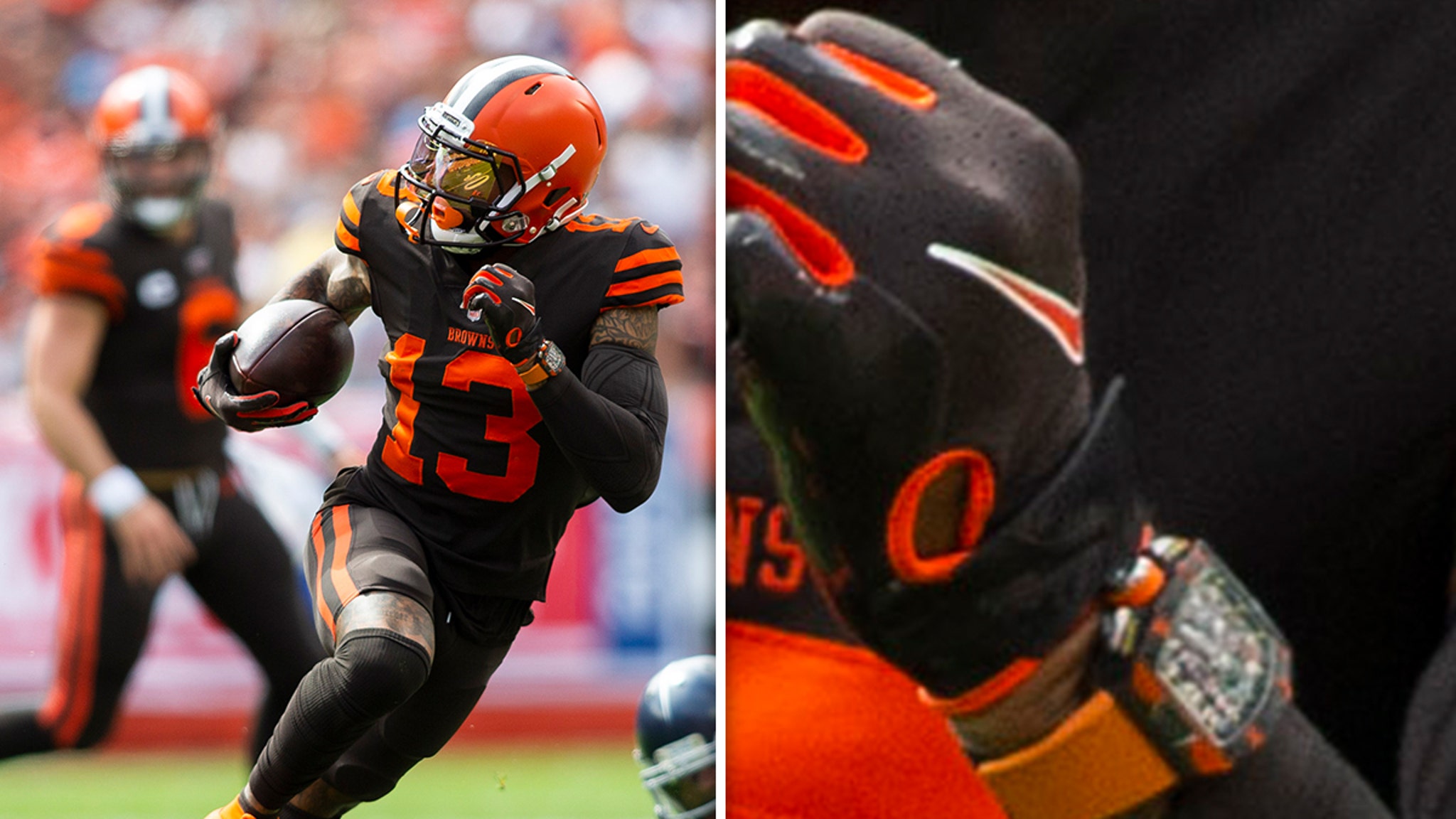 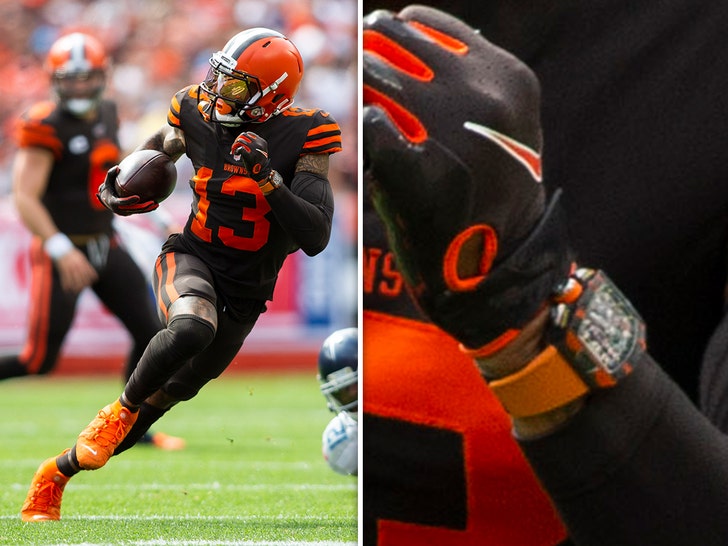 The Cleveland Browns sucked ass on Sunday … but at least Odell Beckham looked stylish during the blowout!

The superstar WR sported a Richard Mille RM 011 Orange Storm Men’s Watch on his wrist while his Browns took on the Tennessee Titans.

Guessing Beckham thought the swag would help him ball out … but the only thing it did was draw criticism as the Browns got smashed by Marcus Mariota‘s squad at FirstEnergy Stadium in a 43-13 loss in Cleveland.

Beckham played okay — 7 catches for 71 yards and 0 TDs — but it’ll be interesting to see if he rocks the watch again next week coming off of such a disappointing 1st week.

Oh, and yeah … he’s almost certainly gonna get fined by the NFL for wearing the watch.

Stay tuned on that one …