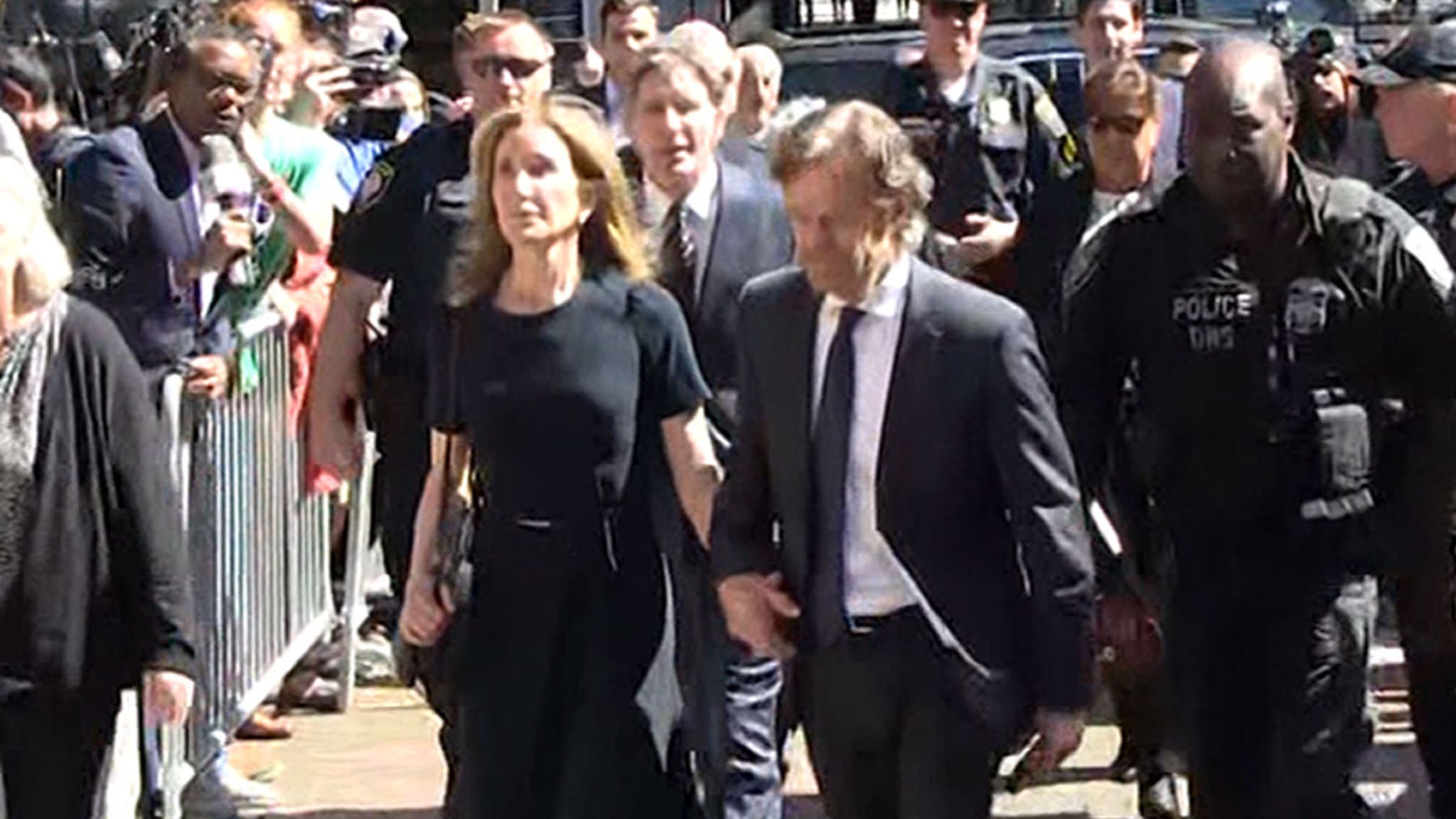 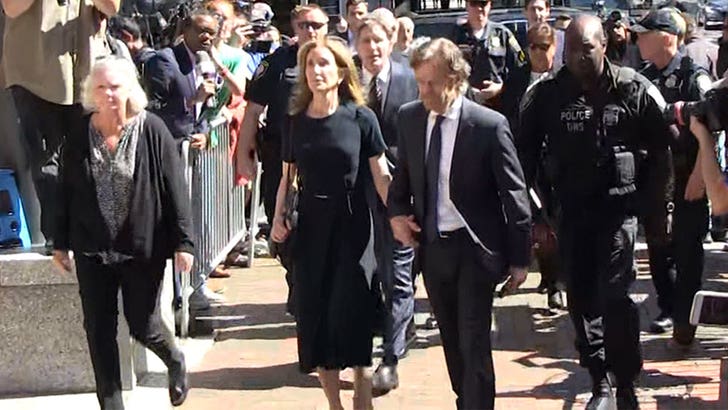 Felicity Huffman‘s time to face the music has arrived … she just showed up to court to go before the judge and learn her fate after pleading guilty in the college admissions bribery scandal.

Felicity marched into court with her husband, William H. Macy. She looked stoic, but all signs point to an extremely light sentence … and she could get no jail time at all.

Prosecutors want the “Desperate Housewives” star to spend a month behind bars for paying $15k to rig her daughter’s SAT test. The Probation Dept. has suggested no time behind bars is appropriate, because no one suffered a loss as a result of Felicity’s actions.

It’s interesting … prosecutors have retreated in a big way … they initially wanted a minimum of 4 months, but reduced it to 1 in the face of the probation report. Prosecutors explained the change by saying the amount of time doesn’t matter, as long as there’s a message that similar wrongdoers will get some time. Even prosecutors don’t believe that — not the way it works.

Regardless of the sentence, it doesn’t change the fact Felicity pled guilty to conspiracy charges for paying $15k to give her daughter a leg up on her college entrance exam. That means she’s now a felon, which means at the very least she can’t own a firearm.

Lori Loughlin, on the other hand, chose to fight the charges instead of copping a plea deal. Given Felicity’s soft sentence and the Probation Dept. justifying it by saying there was “no actual or intended loss” … Loughlin may now have the edge.