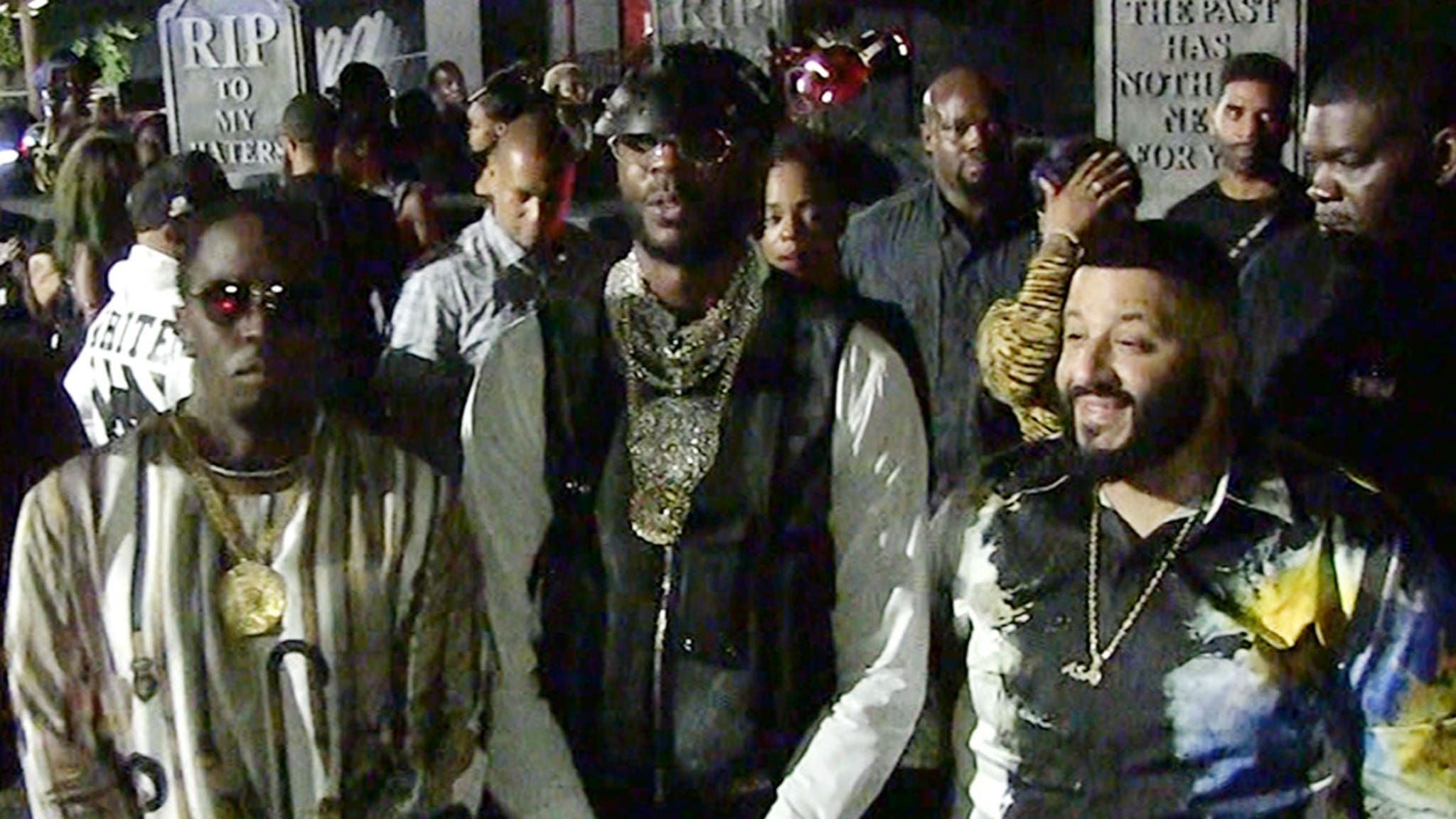 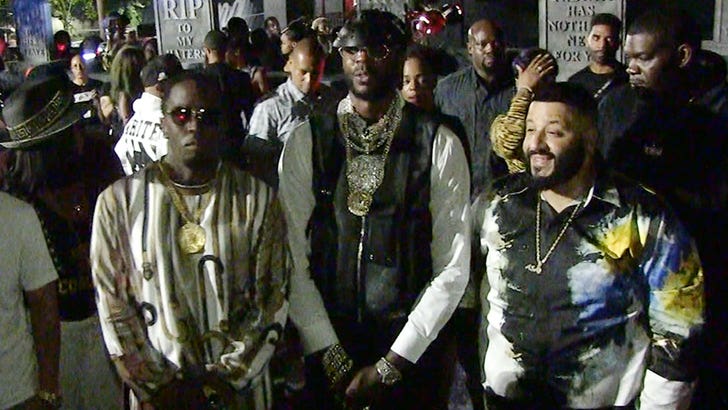 2 Chainz rang in his 42nd birthday on an ominous night — which was immediately canceled out with better vibes after what Diddy gave him as a gift … sparkly new booze!!!

The Atlanta-based MC was hosting a birthday bash Saturday night in his hometown, which was decked out in the “Friday the 13th” theme … honoring both the movie and the fact that it actually was FT13 in real life. To make things even creepier, a full moon was out too.

DJ Khaled came  out, as did Jermaine Dupri, Jeezy, Remy Ma, T.I. and Tiny … and, of course, the Bad Boy honcho himself. Most everyone seemed to stop and pose with 2C.

When Diddy got up to the cameras, he busted out a gold bottle of his best s*** — White Grape Ciroc, which is apparently the first of its kind to the hit the market. 2 Chainz was honored as the first recipient … and he seemed fairly stunned by the gesture.

Not even Jason Voorhees stands and stares this long … must be some good (luck) vodka right there.

7 New Horror Movies Releasing This Week Including Three Christmas Nightmares!
Ex-Laker Devean George Says Shaq ‘Did Not S*** In My Shoe,’ Calls Rumor A Lie
You Won’t Believe What the 2002 People’s Choice Awards Looked Like
Commanders’ Brian Robinson Gets ‘End Gun Violence’ Cleats Months After Being Shot
Dangerous Liaisons Season 1 Episode 5 Review: The World Should Be Afraid Of Us