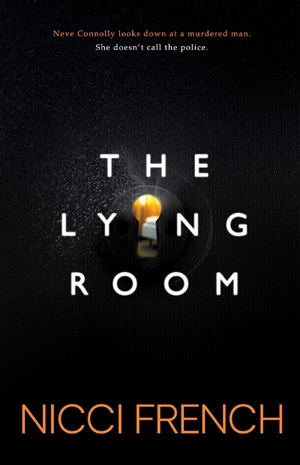 Written by Nicci French — It was back in the 16th century when Sir Walter Scott penned the line, “Oh, what a tangled web we weave when first we practice to deceive.” The sentiment is still pertinent today, and nowhere more so than in this standalone domestic noir novel from the husband and wife team that’s known as Nicci French.

Neve Connolly is a devoted mother, wife to Fletcher, friend to many. She’s a woman people turn to in a crisis, someone who will listen and not judge, who is always ready with a hug and a cup of tea.

But who will Neve turn to when she faces a crisis of her own? Her two boys are too young to understand, Fletcher has enough worries of his own and daughter Maud? Well, Maud comes with her own particular set of baggage.

But what could be amiss? Did a cake recipe fail? Has the chain come off Neve’s trusty bike? Does one of the boys need to go to football practice? Well no, it’s a little more complicated than that. You see Neve, friend, mother, wife and all-around good egg has been having a secret torrid affair with her new boss at work. And now Saul is dead. He’s been murdered, his head stoved in with a hammer, and Neve is the person who finds him at the little flat they use for their trysts.

So she calls the police. Actually scratch that, because although that’s what you’d expect of this beacon of righteousness, Neve DOESN’T contact the law at all. Instead, she dons rubber gloves, grabs an armful of cleaning products and some black bin bags and proceeds to clean and polish the place until there’s no trace of her (or the killer) at all.

Mistake number one, and already I was stifling cries of ‘what on earth do you think you’re doing?’ Neve then goes home and resumes her life, coming up with all manner of untruths to hide her affair and her part in Saul’s death. Suddenly, sleep and eating are distant memories and she is constantly on edge. Then she realises she made a mistake at the crime scene and the whole thing begins to spiral out of control. See what I mean about that tangled web?

As Neve’s life goes into nosedive and she tries desperately to keep up a brave face, she is suddenly the centre of attention. Her reputation for being a kindly listening ear and a good and faithful friend is about to get her into all manner of scrapes. One of her oldest pals has a secret to share, the police officer in charge of the murder case keeps appearing unannounced for cosy chats, and even the murdered man’s wife seems determined to make a confidante out of Neve. Does Bernice suspect the affair, or is it all done in innocence?

With no chance to mourn the man she loved, Neve is in turmoil. She suspects everyone, including her own family members, and even tries some half-hearted investigation. But the joy of this book is the way she digs herself deeper and deeper into a hole – the mounting pressure and anguish is palpable.

It’s to the credit of Nicci Gerrard and Sean French that they so cleverly meld a growing sense of claustrophobia as Neve tries desperately to keep all her lies on track, with some wildly funny, farcical moments as life staggers on around her. Their portrait of a woman on the edge is strangely addictive and you’ll find it hard to put this book down. There are plenty of crazy revelations along the way, some of which are perhaps a little far fetched, but overall The Lying Room is a hugely enjoyable read.

Although there are times when Neve is really annoying, I warmed to her and her self-inflicted predicament. She and her accompanying cast of eccentric, damaged, hugely engaging associates are well worth the acquaintance – and that’s the truth!

Lies are the driving force in Michael Robotham’s The Other Wife, while women with secrets are at the heart of Her Pretty Face by Robyn Harding.