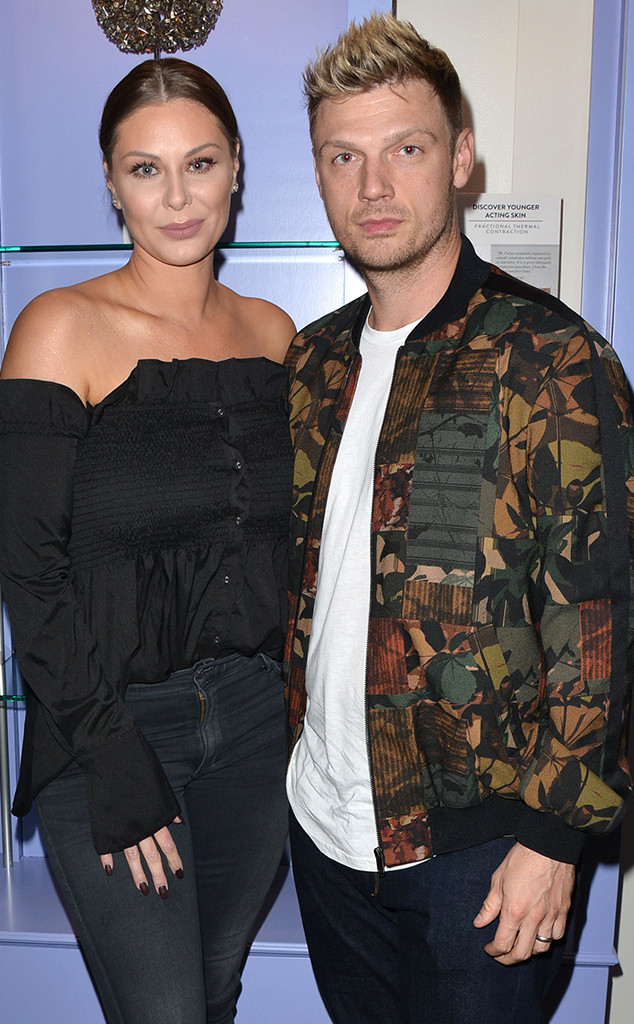 Nick Carter and Lauren Kitt are officially parents of two!

This exciting news comes just one day after Carter and Kitt debuted a new series of maternity photos. “We’ve been soaking up as much time as possible with our first born,” Kitt captioned a shot of her and the Backstreet boy reading to Odin. ”So thankful to have these photos of the three of us before we become four.”

In another post, the singer wrote “eagerly awaiting our new addition.”

Carter and Kitt announced they were expecting in May. ”Thank You God for giving us the greatest gift we could ever ask for,” Carter wrote on Instagram. In the photo, he had his hands cradled his wife’s bump while their tot gave her belly a sweet kiss.

The happy news came eight months after the family shared that Kitt had suffered a miscarriage.

“God give us peace during this time,” Carter tweeted in September, revealing that the baby was girl. ”I really was looking forward to meeting her after 3 months. I’m heart broken.”

Of course, there’s no doubting the Carter family is filled with joy today. Congratulations to the family of four!

Us Weekly was the first to report the news.

Does the World Still Need Pinup Girls?
The World Record Book of Racist Stories
Amazon Commitment To 8-10 Films Annually: What This Means
3 beautiful picture books make timeless gift ideas
The Apple Watch Is On Sale for Over $300 Off on Amazon for Black Friday and Cyber Monday