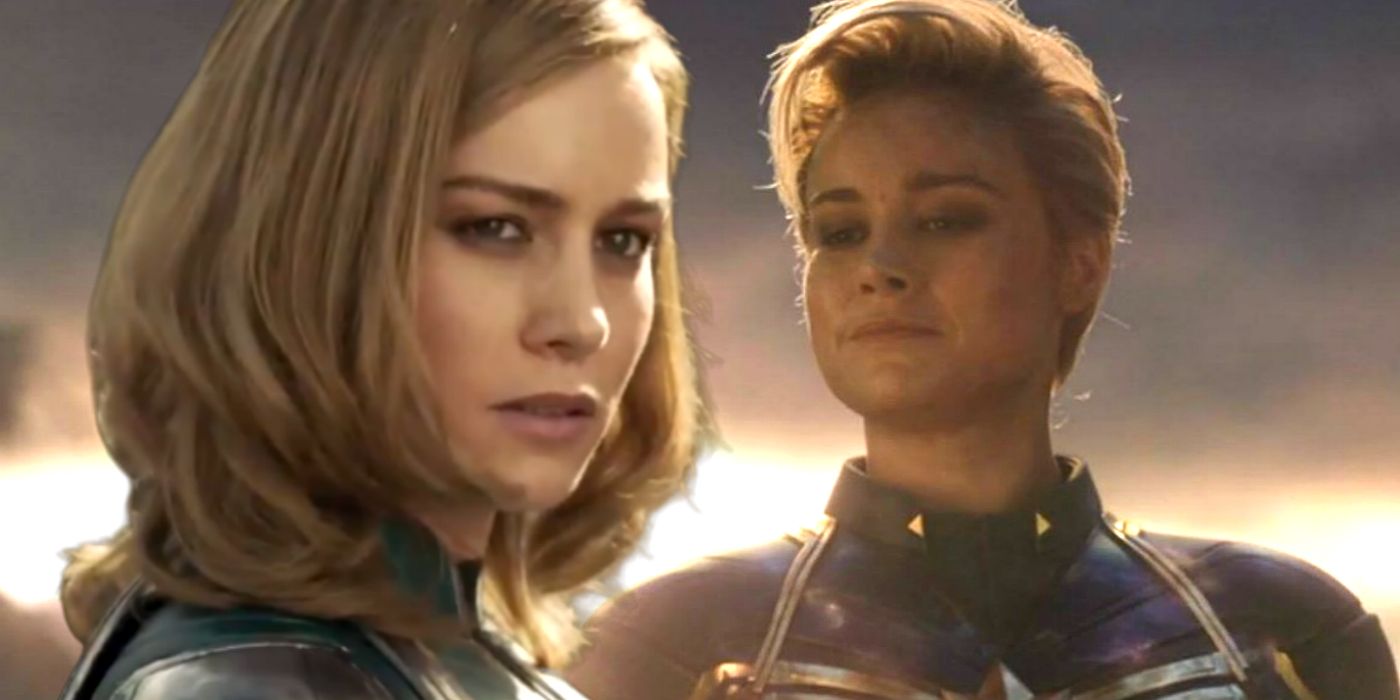 Captain Marvel, both the film and character, have been subject to backlash since Brie Larson’s hero entered the MCU, with much of it unwarranted. Released in March of this year, the film was another big success for Marvel, with Captain Marvel grossing over $1 billion at the box-office and receiving solid reviews from critics.

Telling the story of Carol Danvers, a former Air Force pilot who, after a crash, becomes part Kree and suffers from amnesia, not knowing the truth of her origin, Captain Marvel was the MCU’s first female-led solo film, with pressure riding on it because of that, and it largely delivered. Larson went on to appear in Avengers: Endgame, and is slated to return to the MCU for at least Captain Marvel 2, but likely much more beyond.

The film was rather standard MCU fare (for both better and worse), but the controversy it’s spawned certainly isn’t. So, just why is Captain Marvel, and in particularly its star Larson, so controversial and divisive among certain fans of the Marvel Cinematic Universe? There are a few different reasons, or at least different manifestations of the same reason.

Captain Marvel has the distinction of being the most divisive movie in the Marvel Cinematic Universe. While most Marvel films are generally popular with wide audiences, and likewise a select few are more broadly considered the ‘bad’ MCU films (Thor: The Dark World, The Incredible Hulk), few have split opinion quite like Captain Marvel. Or rather, have divided opinion with sections of the Marvel fandom, and at least partially for reasons that don’t pertain to the film itself.

The division started long before Captain Marvel released. With it being the first female-led solo movie in the MCU, and with Carol Danvers then slated to be the universe’s most powerful hero, there was a pushback against Captain Marvel’s perceived agenda from an extremely vocal minority. This only intensified as the marketing campaign went on, which wasn’t helped by the admittedly rather lacklustre trailers. This quite quickly snowballed, as it didn’t just criticise the action from the movie but rather more specific elements, such as the apparent fact that Captain Marvel didn’t smile enough.

Naturally, this then fed into a targeted campaign to attempt to derail the film’s success: YouTube was flooded with anti-Captain Marvel videos and comments, and there were attempts at review bombing the film on Rotten Tomatoes. As it turned out, the film was pretty solid, played well with most audiences and critics, and, of course, had that massive box-office haul. And yet, despite that success, Captain Marvel continued – through the build-up to Avengers: Endgame, and then beyond it – to occupy a strange space in the MCU, where there has remained a level of pushback against it. It’s less to do with the merits or flaws with the film itself but instead, like so much of the Captain Marvel controversy and division, all to do with the film’s star, Brie Larson.

When Brie Larson was announced as the MCU’s Captain Marvel at San Diego Comic-Con in 2016, she seemed like a popular choice. An actress with an ability to blend comedy and drama; a rising star who could help lead a new generation of the MCU; later, an Oscar winner. Surely Larson was a perfect fit. She tweeted images with comics and did all the right things, and allied with her obvious talent there was little reason to doubt she’d do a good job as Carol Danvers.

Things started to shift in the months leading up to Captain Marvel’s release date. There’s not necessarily one defining incident, but it largely stemmed from Larson’s political views. Larson, like many MCU actors, is politically vocal and a feminist, and a big believer in pushing for greater equality (both in the film industry and the world in general). One statement that gained a lot of attention is when Larson said that she had noticed her press days were “overwhelmingly white male” and that she “decided to make sure my press days were more inclusive”. Larson clarified her comments, but it was clear anyway that she was quite simply using her power to seek positive change and action, but despite that sections of the fanbase were rubbed up the wrong way by that and similar comments, accusing the actress of misandry.

When the Captain Marvel marketing ramped up, a lot of negativity was focused on Larson’s performance: her line delivery, that she wasn’t muscular enough for a superhero, and of course, that she didn’t smile enough. There were some genuine criticisms, or at least concerns, to be raised regarding Larson’s performance as it came across in the trailers (Captain Marvel’s marketing as a whole wasn’t the MCU’s best, but it still worked), but there was also a section of these – particularly those commenting on Larson’s lack of smile – deeply rooted in sexism and trolling. Larson responded to the controversy in her own way, but sides were taken and any pushback against the controversy tended, such is usually the case, to respond in doubling-down on the furore around Captain Marvel and Larson’s casting.

With Captain Marvel making over $1bn at the box-office and receiving mostly positive reviews from critics, you might think that would’ve been the end of it. Captain Marvel went on to appear in Avengers: Endgame and, despite some concerns (both valid and otherwise) about how she’d fit into the movie, her Endgame role ended up being important but not dominant. That could have been that, but since then there has been a constant swirl of rumors about Larson leaving the MCU.

These rumors initially started before Captain Marvel‘s release, but they’ve ramped up post-Avengers: Endgame, and every few months there’s been a new report that Larson and Marvel are set to part ways. The rumors are just that, and moreover are completely unsubstantiated. There’s nothing to suggest that Marvel would want to part ways with the actress who has just led one of their most successful solo movies to date, who has at least one sequel on the way, and who is going to be a major face of the franchise going forward. Likewise, there’s been no indicator that Larson, who is likely signed to a multi-picture deal, wants out of the MCU. She’s taken her role as Captain Marvel seriously on and off set, and it’d be a major shock if she didn’t return.

Regardless of that fact, it does indicate that there’s a narrative being pushed from a section of the Marvel fanbase that Larson is on the outs, and while it isn’t going to amount to anything, it does highlight how that subset of the fandom is not yet letting the matter go and continues to prod at the issue. Unfortunately for them, Captain Marvel doesn’t appear to be going anywhere, and will likely only soar higher, further, faster in the MCU’s future.

More: The Most Controversial Superhero Movie Moments Of The Decade