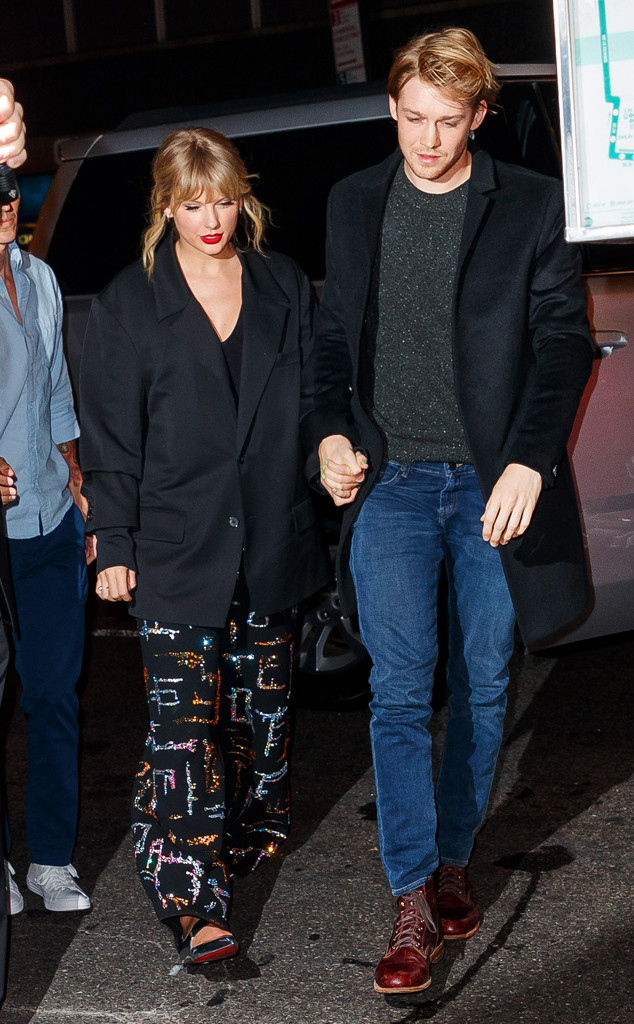 Taylor Swift showed her romantic side on Saturday Night Live as she opted for a stripped-down performance of her new album’s title track “Lover,” which allowed her to really show off her vocals.

The singer also sang “False God,” another ballad from the record, live for the first time. Both songs are believed to be about her relationship with boyfriend Joe Alwyn.

Swift performed “Lover” on a brightly lit green piano while wearing a green turtleneck and green hoop earrings. For “False God,” she wore a black blazer over a black V-neck shirt and black sparkling pants. She was accompanied by a saxophonist and three backup singers.

This marked the fifth time the singer has appeared on SNL since 2009. She did not take part in any sketches on Saturday’s show.

Following the live broadcast, Swift, still dressed in her black outfit, joined the cast at their after-party at Zuma. She was accompanied by Alwyn.

Swift and Alwyn have been dating for three years but are rarely seen together, as they prefer to keep their relationship private.

“People often assume that I’m like the character Fleabag, simply because I wrote it,” she said during her monologue.

“Sexually depraved, foul-mouthed and dangerous,” she continued. “And I always have to say, ‘Yes, you’re absolutely right.’ In fact, everything I write has a degree of truth and every project is different. I’m not a sex addict because I wrote Fleabag. But I did write Killing Eve because I’m a psychopath.”

The Last of Us: HBO Drops Character Posters
GG Allin Getting a Biopic from ‘Lords of Chaos’ Filmmaker Jonas Åkerlund
How to Stand Up to a Dictator
Elon Musk Attacks Apple in Series of Accusatory Tweets
‘The Shape of Water’ – Guillermo del Toro Shares Never-Before-Seen Teaser Trailer Concept [Video]