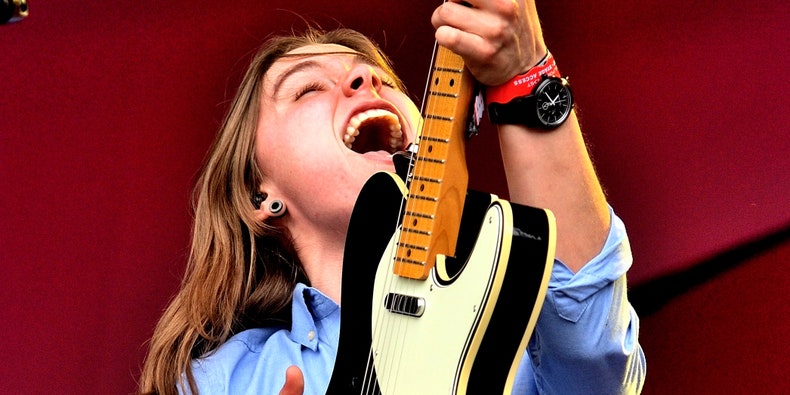 Julien Baker has shared two recent songs on streaming platforms for the first time. “Tokyo” and “Sucker Punch” first appeared in a vinyl-only collection of singles for Sub Pop last year, but you can listen to them online below.

Earlier this year, two other fresh songs from Baker made their way to streaming. She also covered Frightened Rabbit’s “The Modern Leper” for a tribute compilation released in June. Baker’s last solo album was 2017’s Turn Out the Lights, and she teamed up with Lucy Dacus and Phoebe Bridgers for an EP as boygenius last year.