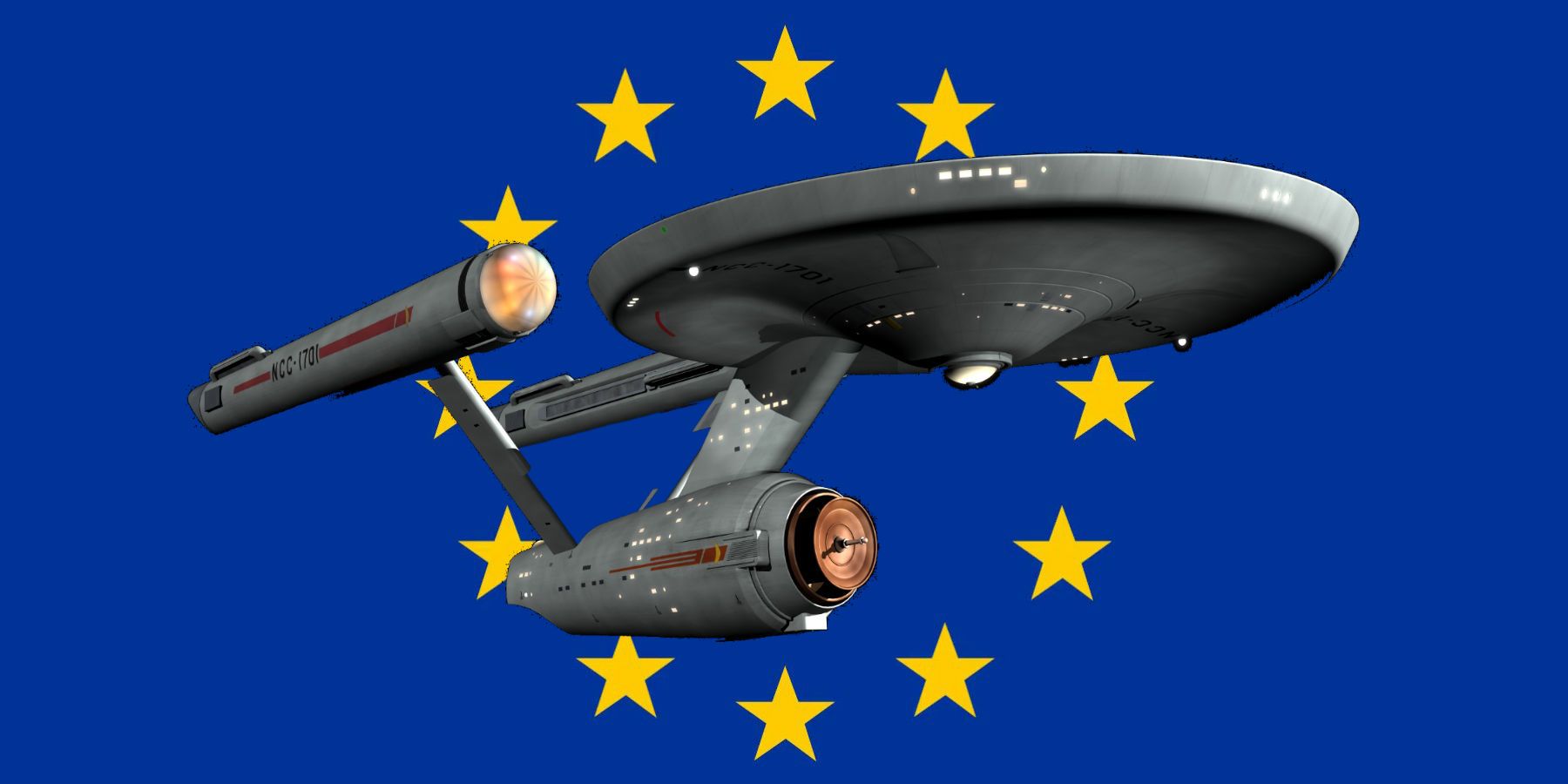 The issue of Brexit is dominating British politics currently, and not even Star Trek: Discovery‘s Federation can escape it. Back in the season 2 finale of Star Trek: Discovery, Michael Burnham and the rest of the crew were tasked with thwarting an AI system increasing in sentience and rapidly growing in power. The only way to do this was to have the Discovery and those on board travel 900 years into the future, and this is where the audience finds itself when Star Trek: Discovery season 3 begins.

In 2016, the UK held a referendum on whether to leave or remain in the European Union, with the former camp registering a narrow victory. In the years since, the true scale, difficulty and predicted negative impact of leaving the EU has become clear and this has caused an all-encompassing debate between Leave and Remain, with Prime Minister Boris Johnson insisting that the UK must leave this month, and his various political opponents uniting in an attempt to prevent that potentially disastrous outcome from happening.

Related: Star Trek Has More Wars Than Star Wars – Here Are The Greatest

The most shocking moment of the new Star Trek: Discovery trailer comes when Burnham locates what’s left of the Federation – the united system of over 150 allied planets that forms the backbone of the Star Trek universe. The Federation’s flag is unfurled and revealed to have only 6 stars remaining – in other words only 6 planets are still part of the Federation. Since Burnham is seen coming to blows with Andorians, it can be assumed that these missing Federation planets haven’t been wiped out or anything so violent, but that over the past 9 centuries, the Federation has suffered its own version of Brexit over and over again.

It Brexit can be characterized as a country trading international cooperation for a chance at striking out alone, then it seems this very story has been played out in the fictional world of Star Trek, with planets such as Andor finding fault in the Federation’s governance and seeking a divorce that, if Brexit is anything to go by, took up a good chunk of those 930 years.

The connection between Star Trek and UK politics might seem unlikely, but some clear parallels exist, particularly in the imagery Star Trek: Discovery employs. In real life, the flag of the EU features a circle of stars, each representing a member state. With Britain supposedly set to leave, one of these will have to be removed, as demonstrated in a mural by the renowned graffiti artist Banksy, which shows a star being chipped away in order to make a political statement about the UK leaving the EU. In a similar fashion, Star Trek: Discovery uses the sight of a vastly reduced number of stars on the Federation’s flag to make a point about how many planets have exited 900 years into the future.

Star Trek‘s version of Brexit also mirrors genuine concerns regarding the future of the EU. Many within the organization fear that if the UK’s departure proves successful, a domino effect similar to the one Star Trek: Discovery‘s Burnham mentions could be triggered, leaving the organization in a state of depletion and disarray. Star Trek: Discovery reflects that concern by depicting the dying embers of the Federation, when Starfleet is no more than a ghost according to the locals. Science fiction is certainly no stranger to cautionary tales that relate directly to the problems of the present day, and Star Trek: Discovery‘s Federation story could be the latest example of that.

While it’s impossible to say whether Brexit did provide some level of inspiration for Star Trek: Discovery season 3, it certainly wouldn’t be the first time the franchise has used its futuristic setting to provide commentary on real-world issues. The original Star Trek series made cultural statements on racial and gender equality and also included subtext relating to the Vietnam War, setting a precedent that has echoed throughout subsequent series. Star Trek: Discovery has perhaps embraced this ethos more than most, and producer, Aaron Harberts, has previously discussed in interviews how storylines were written with issues of racial discrimination, North Korea and the Trump presidency firmly in mind. As such, it wouldn’t be too much of a stretch if season 3 did use the Federation as an allegory for the perils of Brexit.

More: How Will Brexit Affect The Film & TV Industry?

Star Trek: Discovery season 3 premieres in 2020 on CBS All Access and Netflix.

Why Glass Onion’s Daniel Craig Didn’t Want To Make A Big Deal Of Benoit Blanc’s Sexuality
Best crime show of 2022 shortlist
Bob Iger Welcomes Himself Back To Disney In Holiday Post, Responds To Several Rumors About What’s Next
13 Adorable Nicknames Couples Have For Each Other
Get a Glimpse Inside the Kardashian-Jenner Family’s Thanksgiving Feast