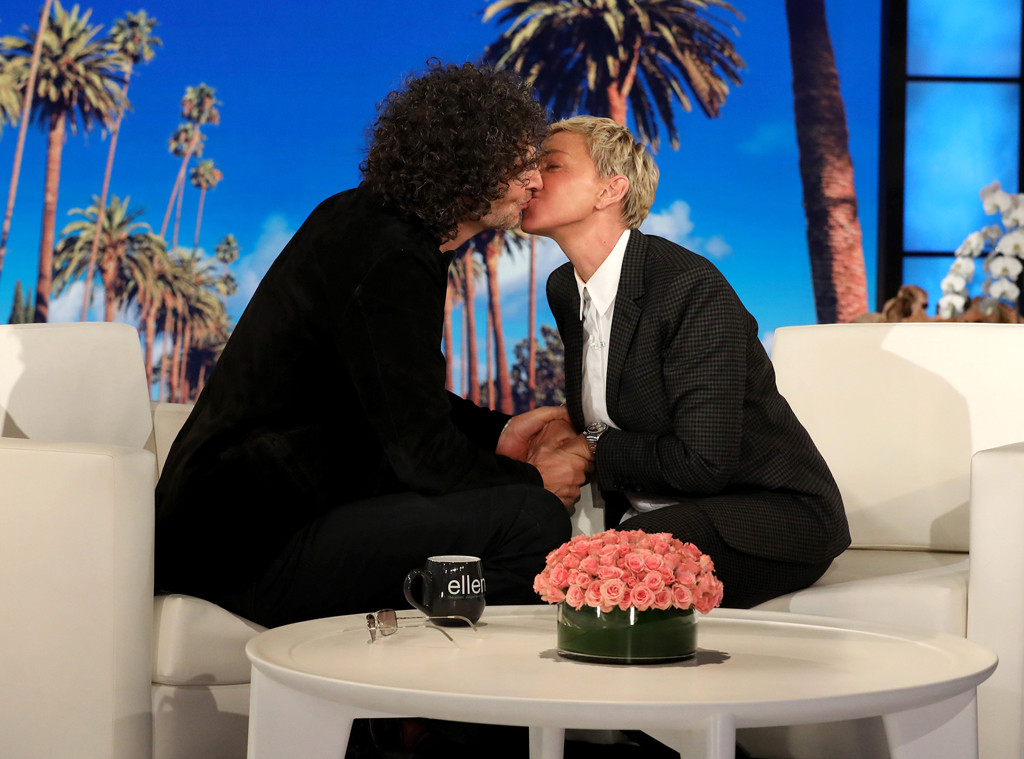 Howard Stern is on a mission to make headlines with Ellen DeGeneres.

Following criticism for sitting next to former president George W. Bush at a football game, DeGeneres was pitched a, er, unique idea from Stern to help bump the topic from the news cycle.

“People were giving you grief about this George Bush picture,” Stern said on Monday’s The Ellen DeGeneres Show. “But listen, you know, I’m always with you. I’m on your side. The problem is—and this is a brilliant booking on your part, having me on the show—people have this picture in their mind of you and George Bush. What you need to do, in my opinion, is take a picture with me, making out with me.”

“I’m just thinking,” he continued, “Once people see me with you, no one’s going to be thinking about George Bush.”

Though DeGeneres tried to change the subject, moving the conversation to painting and water colors, there was no distracting Stern from what he wanted.

“Kiss me, Ellen,” Stern urged, before asking who the last men she locked lips with was. (It’s good to note wife Beth Stern was also in the audience!)

For his part, Stern was unimpressed. ”Oh, those ugly guys?” he joked. ”Well, now you’re gonna kiss a hot guy.”

And, if his wish comes true, their kiss will be what everyone is talking about today. “This is the picture that’s going to make America forget that you were sitting next to George W. Bush,” Stern added, leaning in for the kiss. “You’re so smart to do this.”

And just like that, it happened. ”Wait a second,” Stern teased. “I think there was tongue.” A quip DeGeneres very much denies.

But see for yourself in the video above.