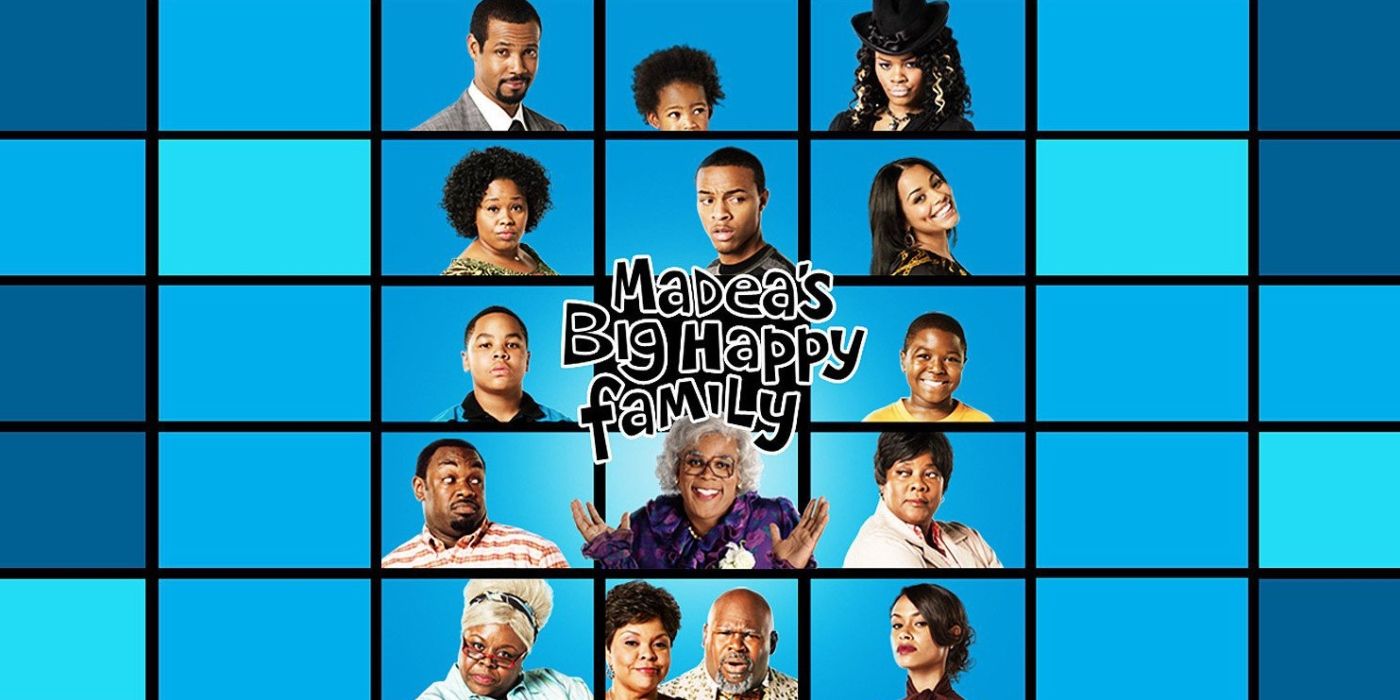 Madea’s Big Happy Family might just be the most underrated of the series. Tyler Perry’s most famous character Madea – a tough, no-nonsense grandmother – first appeared in 1999 play I Can Do Bad All By Myself. Perry later made his movie debut as the character in 2005’s Diary Of A Mad Black Woman, which was also based on a play. The rise of Madea and Tyler Perry has essentially been unstoppable since then.

Tyler Perry played Madea in eleven movies, including Boo! A Madea Halloween, and also made guest appearances in shows like TBS’ House Of Payne. Outside of the Madea series, Perry has directed movies The Single Moms Club and Acrimony and produced sitcoms and dramas like Too Close To Home and For Better Or Worse. He also played the title character in thriller Alex Cross and had supporting roles in Gone Girl and Star Trek.

It appears Madea’s reign of terror is over – at least for now – with Tyler Perry announcing he was retiring the character following 2019’s A Madea Family Funeral. That said, it’s not hard to imagine the actor reprising the role in some form in the future. While the Madea movie series generally fared very well at the box-office, reviews were less kind, with criticism focused on their broad humor and overt moralizing.

Madea’s Big Happy Family – the fifth entry in the Madea series – didn’t fare much better in this regard, but might be the most underrated movie featuring the character. The story finds Madea’s niece Shirley learning her cancer has returned and she only has a short time to live. She wants to unite her family to tell them the news, but a planned dinner goes badly when the estranged siblings and their partners viciously bicker. It’s then up to Madea and her unorthodox methods to brings everyone together – which is easier said than done.

Madea’s Big Happy Family contains the franchise’s typically messy blend of humor and drama, but it works better than some other entries. It’s got a solid cast, including Shannon Kane, Loretta Devine, and Isaiah Mustafa (IT: Chapter Two), and in addition to mining some uncomfortable laughs from proceedings, it also tackles some dark topics too. Some revelations are a tad soap opera-y and the film didn’t need The Maury Povich Show epilogue to cap off events but approached with the right mindset, Madea’s Big Happy Family works surprisingly well.

Next: How A Madea Family Funeral Ended The Franchise