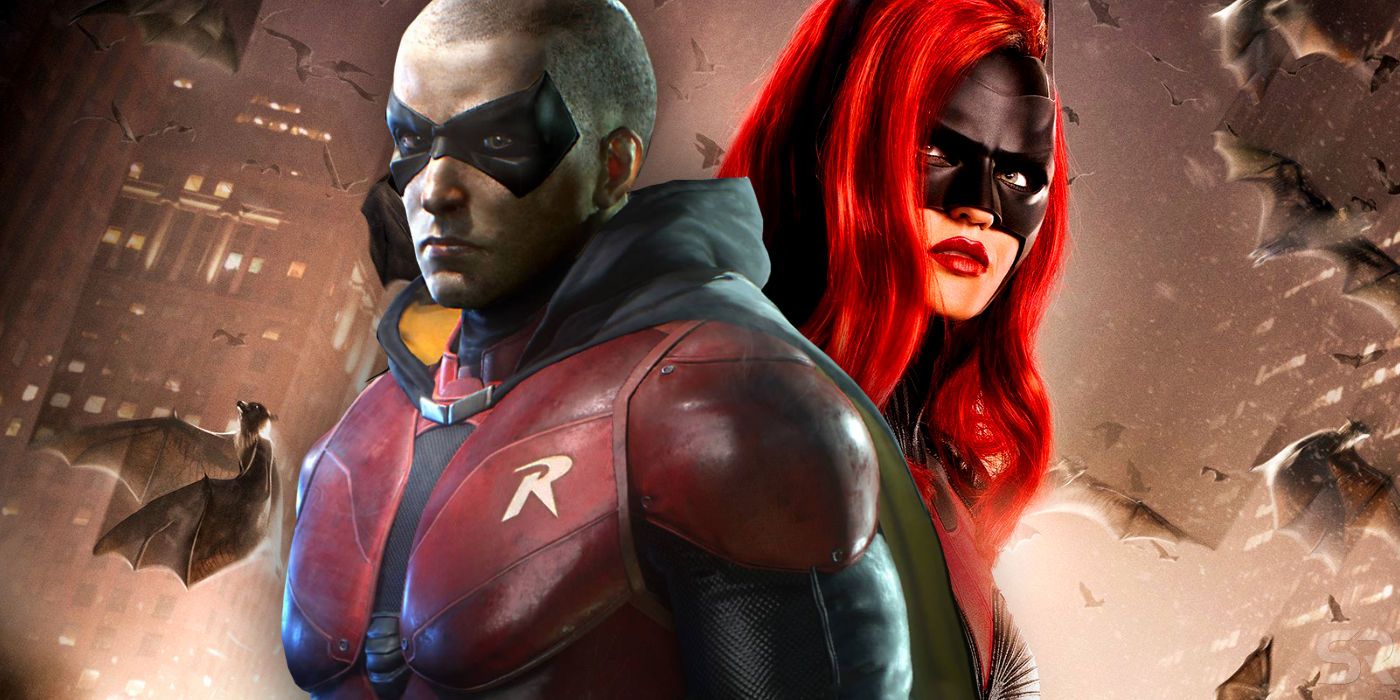 The latest episode of Batwoman confirmed that Robin does indeed exist within the Arrowverse – but with a vast array of different incarnations, who last held the mantle in the show’s timeline? The CW’s latest DC offering saw its titular heroine attempting to prove that the villainous Alice was her long-lost sister, Beth. Kate Kane’s efforts were perpetually thwarted by mysterious forces. After assisting The Crows to take Alice into custody, a mysterious group made an attempt on the criminal mastermind’s life.

Targeting her transport vehicle, Alice was sent crashing into the river. Although Batwoman ultimately saved her wayward sister, she had to do so while remaining completely undetected. As a result, the subsequent news reports questioned why “the seemingly returned Batman” hadn’t appeared on the scene. Rachel Maddow’s Vesper Fairchild led the charge from her radio show, which is frequently heard in each episode. It is at this moment that fans received their first mention of Robin. “Batman was not there,” Vesper reported. “Was there a cowl convention we didn’t know about? Was it Robin’s high school graduation?“ The name-drop came in an episode packed with newly-confirmed introductions to The CW’s shared universe. Earlier in the episode, Kate Kane herself confirmed  Wonder Woman’s existence. The mention of Gotham’s Boy Wonder, however, comes with an influx of new questions for the show.

Related: Theory: The Monitor Created Batwoman’s Villain Because Of Crisis

First and foremost is whether Robin vanished for the same reasons as Batman (and seemingly Alfred Pennyworth and Lucius Fox) or a different reason altogether? The answer to that could lie within another equally important question: Which incarnation of Robin is Vesper referring to? After all, at the time of his disappearance, Batman had been active for at least a decade – meaning he could have moved through a number of incarnations. The jab at Robin’s age and a distinct lack of gender specifics could indicate any one of them. The obvious choice would be Dick Grayson – a character that is currently the central focus on Titans. In a similar fashion, the Arrowverse’s Robin could have already broken away and already be Nightwing. The character’s usual stomping ground of Blüdhaven has already received numerous mentions on Arrow. But, if Dick Grayson is out there, the question of why he hasn’t returned to an abandoned Gotham would once again come back around.

Another popular choice would be Jason Todd, who can also currently be seen on Titans. This incarnation of Robin existing could even lend itself to Batman’s disappearance – with Batwoman spinning it that Jason’s death prompted a hiatus. The only argument against that is a distinct lack of Jack Todd’s suit enshrined within the Batcave. Then again, with Batwoman nestled in a cave beneath Wayne Enterprises, it could be that Bruce had more than one. As such, he may have opted to keep Jason’s former Robin suit closer to home. That option would certainly excite fans – especially given that him already having tragically died would currently put him already on a path to becoming Red Hood. With Dick Grayson rumored for a part in The Batman, it would make sense for Batwoman to go this route to avoid over-saturation of the character.

It would make equal sense to skip over them altogether and finally bring to live-action a version of Tim Drake or, for a more familial connection and interesting dynamic, even Damian Wayne. The latter, however, would likely annoy some fans who’d want to see that relationship explored with Bruce before anybody else from the Bat Family. In that regard, the best option – and one in keeping with the show’s themes – might be Stephanie Brown. Though Batwoman has her own cadre of villains and allies, The CW’s version of the character still currently lives in a freshly Post-Batman world. As such, introducing (and continuing the training of) a reemerging Stephanie could serve as an interesting bridge between his past and Kate’s future. Then again, it could be that Batwoman won’t ever go beyond such brief, amusing allusions. Even if not, it’ll no doubt remain fun to speculate.

More: Batwoman Has Been Review Bombed By Audiences – Here’s Why