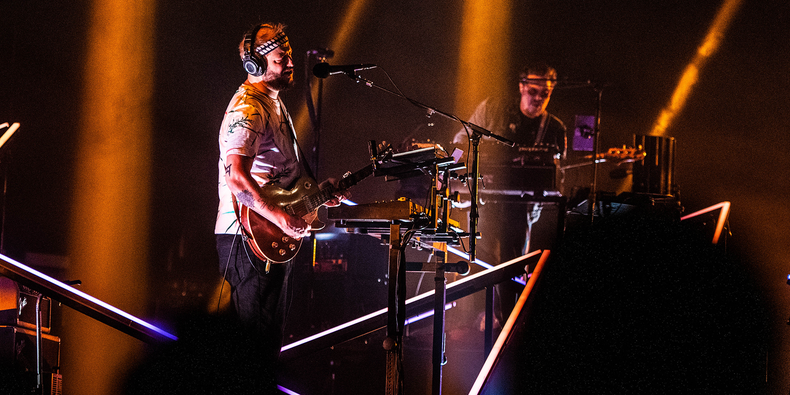 Bon Iver sat down with CBS This Morning’s Anthony Mason to discuss the band’s rise and the recording of i,i. Justin Vernon, Jenn Wasner, Sean Carey, and the other members of the group also talked about whether listeners have generally learned how to pronounce “Bon Iver” (Vernon says, “No. It’s okay though… Some people call me Mr. Iver”).

In addition to the interview, CBS This Morning has shared pro-shot performance footage from the band’s recent shows at the Barclays Center, including the songs “Salem,” “iMi,” and “Blood Bank.” Check all of that out below.

Justin Vernon and the National’s Aaron Dessner recently announced the first-ever Eaux Claires Hiver, a Wisconsin event in the vein of their Eaux Claires festival. Last month, Bon Iver revealed that they will tour Europe in 2020.

Holland Roden and Tyler Hynes Preview Time for Him to Come Home for Christmas
Cain Velasquez Permitted To Wrestle In Lucha Libre Match, 1st Event Since Arrest
Clark In ‘Pineapple Express’ ‘Memba Him?!
4 books to give to bibliophiles
New Trailer for ‘Marvel’s Midnight Suns’ Looks at the Combat [Trailer]