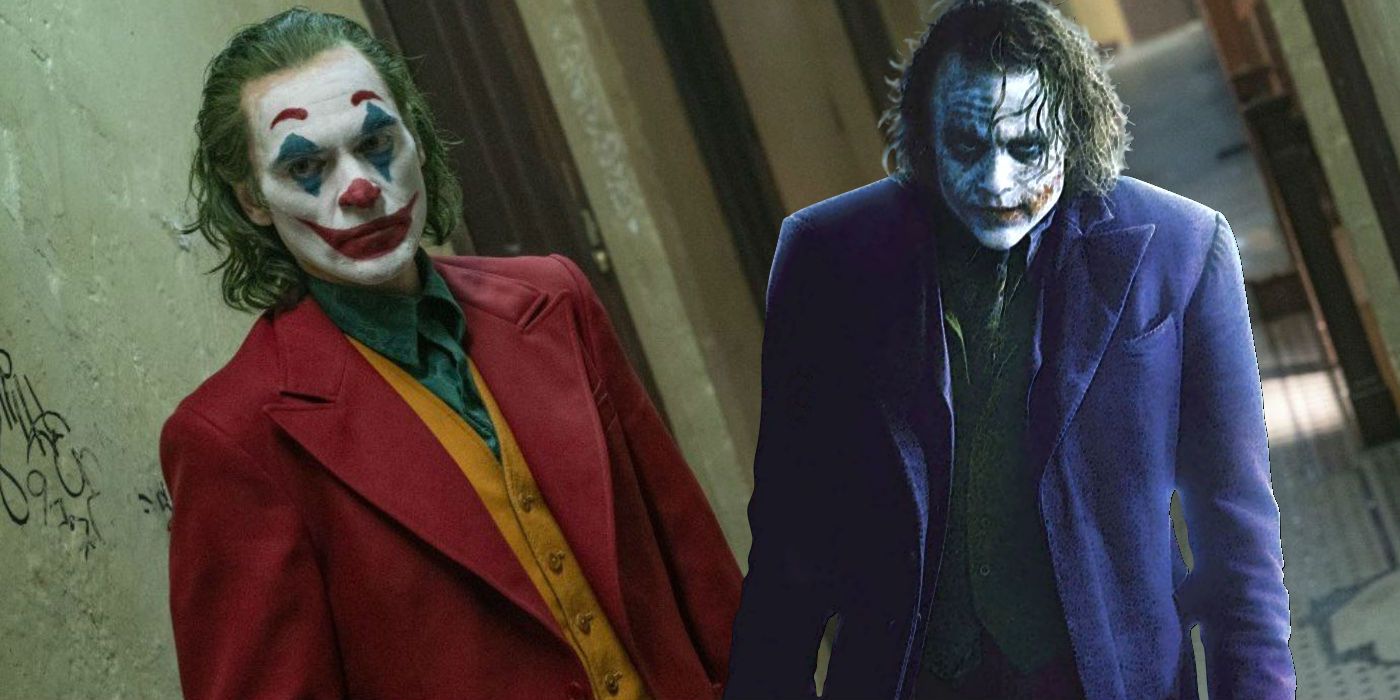 Christopher Nolan’s The Dark Knight radically altered how superhero movies were made and perceived but that spirit was never carried forward – at least, not until the release of Joker. After plenty of low-key hype and a marketing campaign hampered (or possibly fueled) by controversy, Joker released earlier this month to an eclectic response, with some tipping Todd Phillips‘ movie for Oscar success, and others panning it as anti-comic book indulgence.

Certainly, Joker is far from traditional superhero fare and anyone who goes into the theater expecting such will be left sorely disappointed. But the Clown Prince of Crime’s debut solo feature is far from the only Batman movie to take a fresh approach at adapting comic book characters for the big screen. In 2005, Christopher Nolan’s Batman Begins proved to be unlike anything audiences had seen from superhero cinema, and this paradigm shift continued in both The Dark Knight and The Dark Knight Rises.

Related: What If Joker Was In The Dark Knight Rises…

While some might’ve expected Nolan’s successful reinvention of the genre to trigger a new dawn for both DC and Marvel movies, this never came to pass and the Dark Knight trilogy stands steadfast and alone in its philosophy. In Joker, however, the spirit of Nolan’s take on the Batman universe is finally reawakened.

The Dark Knight Was Supposed To Reinvent Superhero Cinema

To rephrase Gary Oldman’s Commissioner Gordon, The Dark Knight was the superhero trilogy fans both deserved and needed following the turn of the millennium. After Marvel shopped their most popular characters to Hollywood’s finest, comic book movies were catching on in a big way, with Sam Raimi’s Spider-Man and Fox’s X-Men scoring big at the box office. Both franchises were rightly celebrated (until movie 3 anyway) but neither was revolutionary, and merely updated the formula that been laid down by the likes of Tim Burton and Richard Donner in decades past.

With Batman Begins, Christopher Nolan began painting a superhero story for the modern era – something that felt original, groundbreaking and, at times, even dangerous. Each movie in Nolan’s series was epic in scale and, for the first time in the genre, took itself very seriously. Every character and storyline was deeply-rooted in a cold realism that not only raised the stakes, but created a backdrop that mirrored the real world far better than Metropolis or Spidey’s New York could. More of an auteur than previous comic book movie directors, Nolan set out to prove that his Batman could evolve beyond a fun thrill ride – that it could be visually artistic and conceptually thought-provoking.

And just as Batman began taking himself seriously, so too did audiences. Naturally, all three installments in The Dark Knight trilogy were financial hits, but they also pricked the ears of those who might’ve previously turned their noses up at the mere sight of a cape. The Dark Knight was nominated for 8 Oscars at the 2009 Academy Awards, with Heath Ledger awarded a posthumous Best Supporting Actor gong for his role as the Joker. Furthermore, the absence of The Dark Knight in the ceremony’s top categories (Best Picture, Best Director) sparked such a backlash that a rule change was brought in the very next year increasing the amount of nominations to ten. Finally, superhero movies were being taken seriously, and nothing would ever be the same again…

How Movies Have Failed To Build On The Dark Knight

Given the critical and commercial achievements of The Dark Knight, many might’ve expected Nolan’s tale of Caped Crusader vs. Agent of Chaos to herald a new era for comic book movies; a shift away from the colorful blockbusters that were beginning to fall flat, and a move towards a grittier approach that catered towards the adult market. This simply wasn’t the case, and Nolan’s The Dark Knight trilogy stands out as an anomaly in the history of superhero cinema, rather than a catalyst for change.

Both X-Men: The Last Stand and Spider-Man 3 had suffered critically, but rather than change tack, Fox and Sony opted to reboot their respective franchises. Meanwhile, another superhero offering that had been somewhat overshadowed by The Dark Knight in the summer of 2008 was about the trigger a true movie revolution – the Robert Downey Jr. fronted Iron Man. Despite its more humble beginnings, the Marvel Cinematic Universe proved to be the true cinematic game-changer, moving the superhero genre towards a shared universe system that many others would try to emulate. Stylistically, however, the MCU followed the same family-friendly blockbuster format that existed long before The Dark Knight, and this would continue to be the standard moving forward.

That isn’t to say Nolan’s darker approach was abandoned completely. The director produced Zack Snyder’s Man of Steel, which carried on The Dark Knight‘s more urban style but lacked its substance of story and character, as well as its ability to transcend beyond the limits of the genre. Other DCEU efforts would follow down the same path, but with largely diminishing returns. On the other side of the divide, Hugh Jackman somehow convinced Fox to let him do an R-rated Wolverine movie with Logan and Black Panther found its way into Oscar contention, but both forged their own paths, rather than taking direct influence from Nolan.

Fittingly, the first comic book movie to really pick up the spirit and legacy of The Dark Knight is another set within the Batman universe. Like Nolan’s trilogy, Joker deliberately seeks to break away from the confines of superhero tradition and lean more towards an artistic style of filmmaking that puts it into direct contention at next year’s Oscars. Additionally, Todd Phillips borrows the same ‘take no prisoners’ approach to realistic cinema employed by the Dark Knight trilogy, and makes no time for misplaced idealism. There’s little in the way of wider franchise connections, both take inspiration from art cinema rather than popular cinema, and just as Nolan opted for a loose interpretation of the source material, so too does Joker, which is a world away from previous iterations of the character.

Related: Joker Proves Comic Book Movies Could Be So Much More

In many ways, Joker could perhaps be considered the next logical evolution of Nolan’s approach to comic book movies. While The Dark Knight was what some might call “proper” cinema, it remained, undeniably, an action movie. Joker doesn’t even bother adhering to this convention, instead using well-placed moments of violence to punctuate what is essentially an intimate exploration of the title character’s psyche. Visually, Joker finds itself in the same color-drained realm as The Dark Knight and plays within the same urban sandbox but, again, Phillips takes things up a notch or two by introducing more disturbing visuals, unsettling cinematography and a soundtrack that replaces Hans Zimmer and James Newton Howard’s grandiose score with something more macabre.

If Christopher Nolan’s The Dark Knight trilogy had triggered a wholesale change in how filmmakers approach adapting comic books in 2008, they’d perhaps have arrived at Joker far sooner, gradually discovering that the conventions once deemed necessary components of a superhero movie could be stripped away to great effect. Some might argue that standing alone without a deluge of imitation follow-ups actually preserves The Dark Knight‘s legacy, rather than diminishes it, and while this may well be true, Joker is a more than worthy successor to the torch Christopher Nolan lit. It’ll be fascinating to see whether yet another defining Batman film will once again prove to be a lone rebel, rather than a trendsetter.