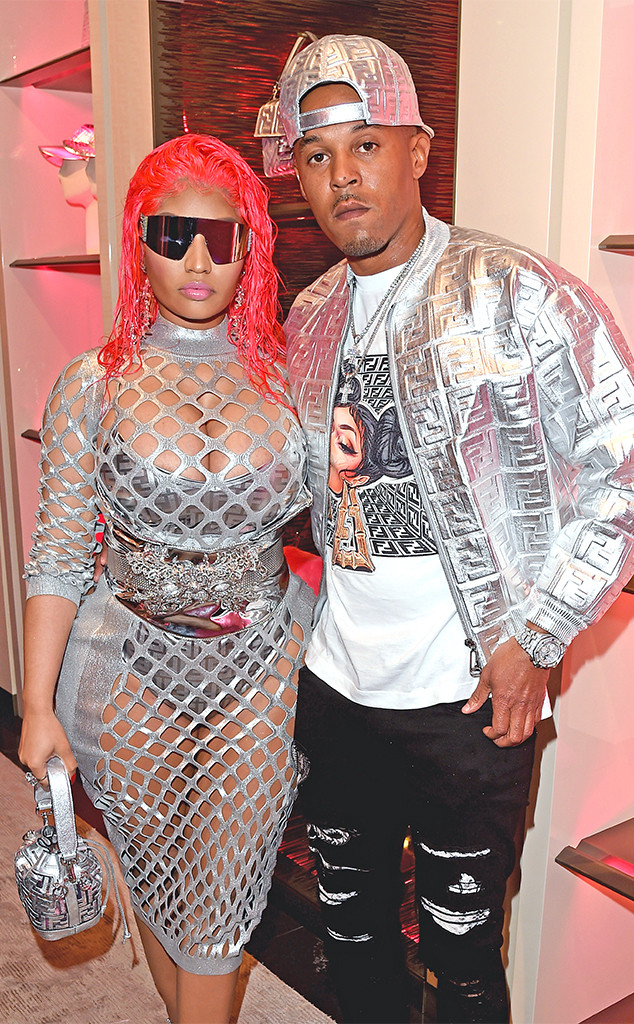 Call her Mrs. Petty because Nicki Minaj may just be a married woman!

The rapper and boyfriend Kenneth Petty appear to have officially tied the knot—and just in the nick of time! After obtaining a marriage license at a Beverly Hills Courthouse in late July, the couple had just 90 days to say “I do.”

But on Monday night, Minaj announced the exciting news on Instagram with a video that showcased matching “Mr. and Mrs.” mugs and black and white baseball caps that had “Bride” and “Groom” written across the front. “Onika Tanya Maraj-Petty 10•21•19,” she captioned the post with a bride and groom emoji.

Minaj has sparked marriage rumors left and right throughout their relationship, which they made Instagram official in December 2018. Indeed, she lovingly called the 41-year-old her husband in March, changed her Twitter name to Mrs. Petty in August and tweeted about feeling “unconditionally loved” in September.

And just days after those tweets, things got even more serious when Minaj announced her retirement from music, saying she was ready for the next phase of her life: motherhood.

“I’ve decided to retire and have my family,” she tweeted in September. “I know you guys are happy now.”

“To my fans, keep reppin me,” she continued. “Do it til da death of me, in the box—cuz ain’t nobody checkin me. Love you for LIFE.”

Rather than keep their relationship under wraps, Minaj frequently makes her love for Petty clear. She has referred to him as the Ken to her Barbie, and, back in December, she wrote in another Instagram post, “He want me to be his wife- his MISSIS like SIPPI NOW.”

Still, their love has not been without controversy. Petty is a registered sex offender in New York and reportedly was convicted of attempted rape in 1995. TMZ reports he spent four years in prison and was sentenced to a 10-year sentence in 2006 after pleading guilty to first-degree manslaughter.

Following backlash from fans, Minaj defended Petty in the comments section of her December Instagram, saying the attempted rape charge stemmed from a consensual relationship in his teens. The comments on the post have since been disabled.

Congratulations to the happy couple!