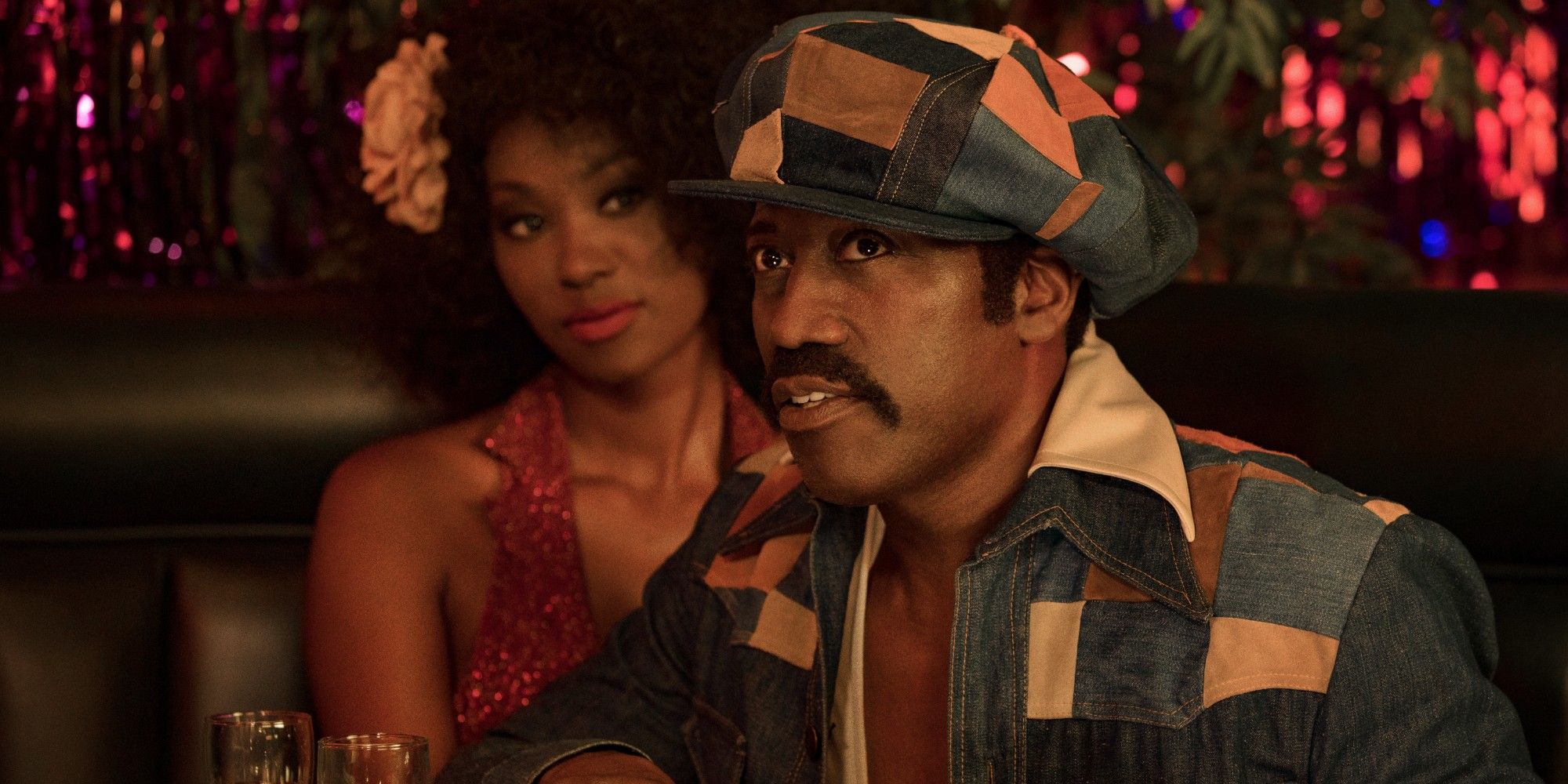 Dolemite Is My Name had an uphill journey to development, which is ironic because it’s about a film with its own uphill battle. Keegan-Michael Key and Wesley Snipes play the writer and director of Rudy Ray Morris’ fateful film, helping to bring Dolemite to life. The actors spoke with Screen Rant about the reverential atmosphere on set, the lessons to be learned from Moore’s work ethic, and how his Coming 2 America role has been thirty years in the making for Snipes.

First of all, guys, congratulations. It’s such an inspirational story. Yeah.

Exactly! This reminds me of one of Eddie’s throwback films, Harlem Nights, with just the amount of talent that surrounding this film. Can you talk to me about the atmosphere on set?

Keegan-Michael Key: It was, I would say, reverential in a way. Reverential to Eddie, but not careful. He had an attitude that I think spread across the entire cast, which was this sense of, “We’re all here to work. Let’s all honor Rudy.” So, when you see him honoring Rudy, it made it easier for you to do your work.

Your character, [Wesley], plays a director that wants to be a star. Are you channeling anybody that you may have met in the industry in the past?

Wesley Snipes: I think every actor I’ve ever met. Almost every actor has always desired to get their project out there, and then one day have that one project that tells the world who they are and what they are.

And you play the writer of the Dolemite film, [Keegan-Michael]. Can you talk to me about how he tried to infuse the realities of the real world into this surrealistic kind of Dolemite vision?

Keegan-Michael Key: Yeah, I think that he – I love playing frustration. That’s the thing that I enjoy doing, and Jerry had lots of opportunities to do that.

I think it was also because of the era. He was one of those guys that, “I’m down for the cause. I’m here to do what I need to do to make sure we make this thing.”

Keegan-Michael Key: “I’m here to tell it like it’s true on the streets, so people know how to get to the community and help. Get out there and help that community!” He sounds a little bit like Obama, but there was that sense of [frustration].

It was delicious to be able to play that frustration of like, ”What are you talking about, Rudy? We’re not -What do you mean, The Exorcist? What do you mean? We’re not gonna put boot titties! What I’m trying to talk about is the epidemic of heroin in the community.” You know what I mean?

So, there’s a joy to playing that frustration, and them kind of missing and missing, and trying to hit each other and missing.

We live in an era where – for anybody that’s in entertainment, whether it be YouTube or whatever outlet – it’s easy for your work to be seen. What can people take away from that hustler mentality that Moore had?

Keegan-Michael Key: The thing that I find interesting is that it’s easier now. It’s easier, if you have the work ethic, by far. There are so many more platforms for you to do the work.

Rudy Ray Moore was a hustler, and he did his thing. But how do you guys relate to him as actors that are in this business now?

Wesley Snipes: Overcoming rejection. I mean, we are gluttons for punishment. We throw ourselves in an environment to be ridiculed, rejected, dissed – all of the above. And we go back for more. That perseverance is very unique.

And when you see someone like this guy, who had less of what we have today, persevere and now be realized for what he contributed for his journey in 2020 or 2019. Oh, man, that’s the lesson. That’s part of the lesson.

Wesley, you’re not done working with Eddie just quite yet. You still have Coming 2 America.

Wesley Snipes: Yes, I am. I’ve had enough of this. All of this yuk, yuk, yuk. Hardy har har.

You still have Coming 2 America. I heard that you audition for this way back in the day. Is that true or not?

Yeah, Coming To America 1, you auditioned.

Wesley Snipes: But I didn’t know I was actually auditioning for Coming 2 America 2. It only took me 30 years. 30 years!

Keegan-Michael Key: But you got the role!

Wesley Snipes: That’s right, I stuck in there. I told you I would.

What do you think people are gonna find most surprising about this go around with Coming to America?

Wesley Snipes: Project as a whole? You’ve got some of the great old cast. Original cast, not old; original cast that are coming back, and a whole bunch of new flavors and new sprinkles all around.

And it’s going to be beautiful. Beautiful; the people, the colors, the look. Mwah! Fabulous.

More: Eddie Murphy Interview for Dolemite Is My Name

Tags:
dolemite is my name