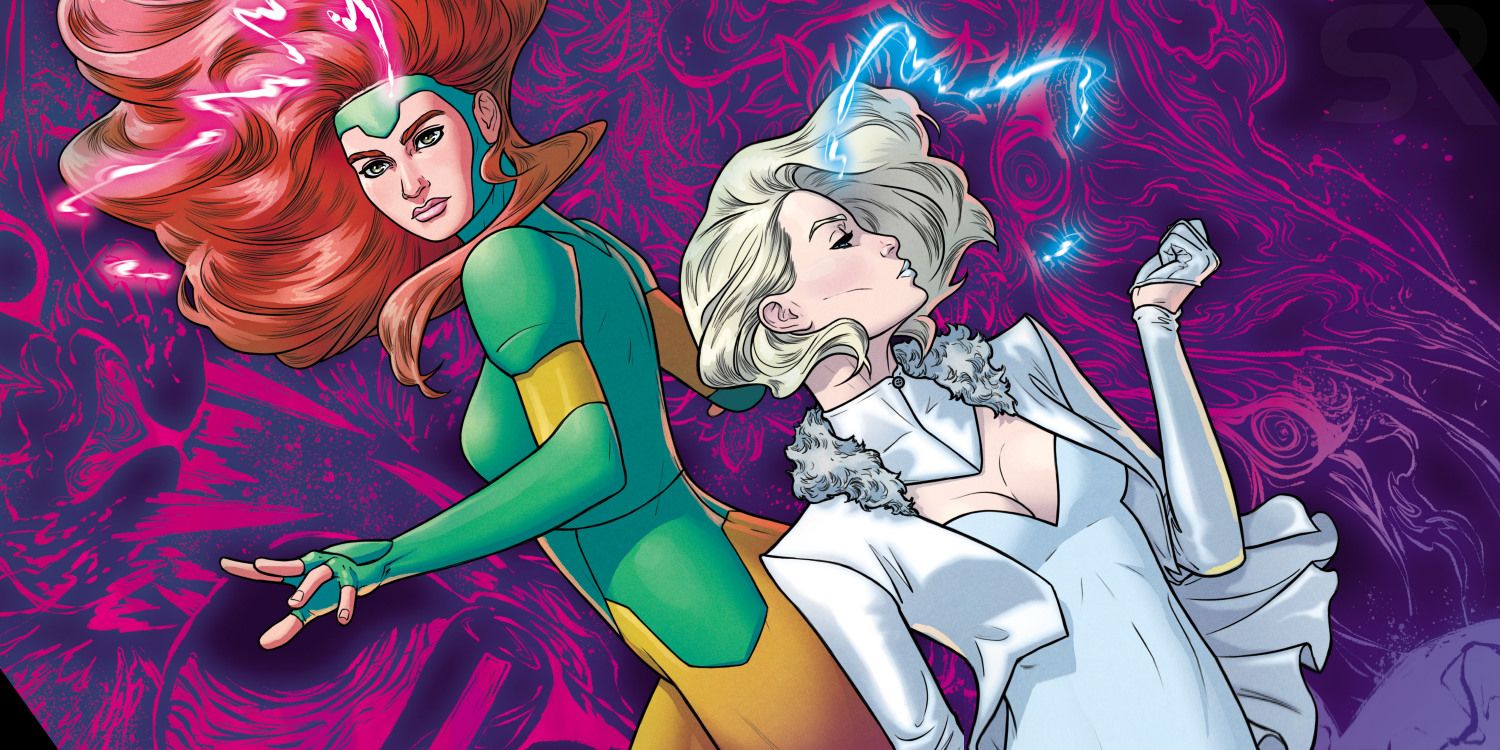 Fans of the X-Men delighted to see the universe relaunched by Marvel Comics have another book to look forward to, now that Giant Size X-Men has been announced. While those already concerned X-Men comics were instantly expanding to a less-simplified, more variety line-up all over again… well, are correct.

Having just recently completed the relaunch of the X-Men universe with the parallel series House of X and Powers of X, writer Jonathan Hickman is spearheading the new line of ongoing mutant comics, starting with the flagship X-Men #1 (out now) and leading the coordination of the other titles. But fans can add a revitalized Giant Size X-Men written by Hickman to the roster, beginning with Giant Size X-Men: Jean Grey and Emma Frost #1 coming this February with artists Russel Dauterman and Matt Wilson.

RELATED: The X-Men Reboot Has A Secret EVERY Fan Missed

The news was officially announced at MCM Comic Con London, revealing Jonathan Hickman will be working with a changing line-up of artists (and Dauterman is a heck of a way to start). The goal for this ongoing series, according to Marvel, is to “depict grand-scale adventures focused on specific X-Men characters.” The plot details reveal Jean Grey and Krakoa’s long overdue X-Men leader Emma Frost as they put aside past differences to rescue fellow mutant Storm. Fans will be familiar with Dauterman’s work from the X-Men reboot alone, crafting several covers and variants for the new X-Men teams and comics. Now, he’s getting to complete a full issue in the new mutant world:

I’ve wanted to draw X-Men comics since I was a kid, so drawing this issue of X-MEN is a dream come true. I’m so thrilled to be working on this with Jonathan and Matt, and it’s co-starring my favorite character, Jean Grey!

First published in 1975 as a special issue, and the brainchild of Len Wein and David Cockru, Giant Size X-Men welcomed then-new, but soon to be iconic mutants like Storm and Nightcrawler, effectively beginning the most successful age of X-Men Marvel had yet seen. While it won’t serve the same purpose in its new incarnation (or can’t, considering the number of other titles looking to do the same across the board), it is still being positioned as a showcase book, both for Hickman’s writing and the artists lined up to offer their talents. Check out the first issue cover art by Dauterman and Wilson below:

If it wasn’t clear already that the days of X-Men fans congregating to discuss the events taking place in one or two ongoing books were over, Giant Size X-Men as just the latest addition (with no real signs of slowing) makes it obvious. Obviously fans knew that the ‘Dawn of X’ would spin new teams and stories out of the unified, easy-to-follow relaunch. But seeing the line-up expand to nine total ongoing series is a reality check, nonetheless. For those who haven’t been keeping track, the new X-Men books continuing the story of House of X and Powers of X include:

Marvel has already emphasized that Marauders is the most important X-Men book to follow, while the new incarnation of X-Force is the mutant CIA, as opposed to an action-only title. While also a member of the core X-Men team and the point man for X-Force, Wolverine’s new comic series follows him on missions to protect Krakoa from unseen enemies. Without going into the details of each new series, we can only hope Hickman’s oversight in uniting the new writers and artists can stand up to such a broadening of topics and storylines.

Fans can see for themselves when Giant Size X-Men: Jean Grey and Emma Frost #1 arrives this February 2020.

Resources to Advocate For and Support LGBTQ+ Communities
Top 10 Books of 2022
Murder in the Falling Snow: Ten Classic Crime Stories
LeAnn Rimes Gives Brandi Glanville a Sweet Thanksgiving Shoutout
The Best Shampoo For Men You Can Buy In 2022