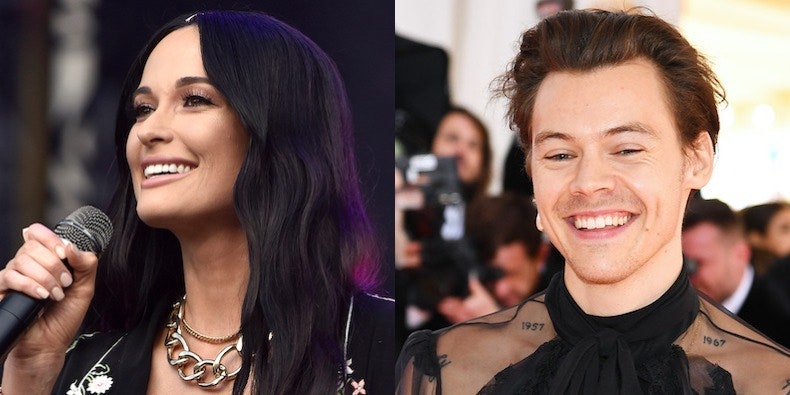 Kacey Musgraves brought out Harry Styles in Nashville Friday night, where he joined her to sing on her Golden Hour song “Space Cowboy.” Watch video from the Bridgestone Arena show below.

Musgraves released Golden Hour in March 2018. “Space Cowboy” won a Grammy for Best Country Song, which was one of four total awards Musgraves won for the album: Best Country Album, Album of the Year, and Best Country Solo Performance for “Butterflies.” Styles released his self-titled debut album in 2017. He released the single “Lights Up” earlier in October, his first new music since releasing Harry Styles.