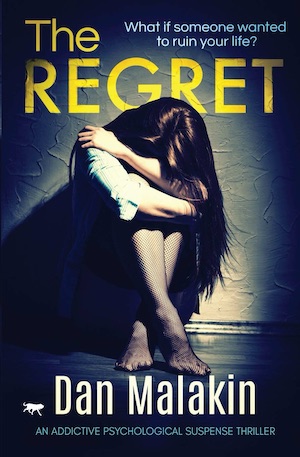 Written by Dan Malakin — Rachel is a single mum who works as a nurse at St Pancras Hospital in London. She is revelling in a new relationship with builder Konrad and loves her job and her daughter Lily. But Rachel has quite a past, and a simple email is just the beginning of a campaign aimed at bringing those past misdeeds right back into her present.

It begins with a message from work, ostensibly checking her bank details after an issue with the hospital’s payroll software. She downloads the PDF attached to it and her phone suddenly dies. It’s right in the middle of the morning rush to nursery, so Rachel thinks little of it. However that innocent email was anything but, and her personal details have now been phished by a faceless hacker.

It’s the first step in an increasingly dramatic spiral of dodgy dealings, from nude photos to emptied bank accounts, someone is playing with Rachel’s life. And she has a sneaking suspicion as to who the culprit is. Several years ago, Rachel was the victim of doxing, when her personal details were spread far and wide across the internet. She became an obsession for one man, and Alan Griffin stalked the teenage Rachel. Eventually he was outed as a paedophile and sent to jail. But now Griffin is out, and Rachel is certain he’s behind her latest troubles.

If doxing and phishing are new to you, never fear, because this author is something of an expert in cyber security and he explains everything in detail as the story unfolds. Too much detail perhaps for techophobes like myself, but if you’re game, then Mr Malakin is your man.

But back to Rachel and her woes. Whoever is playing with her life is making a damn fine job of it, because before long she is suspended from work, has no boyfriend and no money. Her behaviour becomes increasingly unhinged as she buckles under the pressure and the anorexia she had been keeping under control begins to take a central role in things. It’s a tricky subject and handled extremely well here – although, like the cyber security angle, it is perhaps given in a little too much detail than is necessary.

The Regret begins extremely slowly and the pace doesn’t really turn up a notch until about the halfway point. Rachel is at the heart of everything, but she doesn’t come across as a very sympathetic character at first. Luckily, the more we learn of her and her history, the more that sympathy begins to grow and bloom. She is much more than a mere victim though, and soon we are to discover another side to Rachel’s character. This is a woman who isn’t afraid to bite back, it seems.

This is a cleverly constructed tale, with enough twists and turns to keep the psychological thriller fans happy. Every now and then the narrative flow takes a detour and we are treated to a chapter which focuses upon the stalker’s thoughts and motivations, and what he is doing and why. In these hi-tech days some of this makes for pretty scary reading and you’ll most likely be hurriedly changing passwords and login protocols as a result.

He has won plaudits for his short stories but this is Dan Malakin’s first foray into a fully-fledged novel. The concept is unusual and original and once the book gets into its stride it makes for some very interesting and engaging reading, with denouement that’ll make you sit up. So another name to add to your ‘authors to watch’ list, everyone!

The Best Books of the Year According to The New York Times
Kanye West Storms Out of Podcast Interview After Pushback on Antisemitism
Brittany and Patrick Mahomes Welcome Baby No. 2
Kim Petras Defends Working with Dr. Luke As Kesha Trial Draws Near
Jay Leno Cruising in Vintage Bentley and Back Onstage at Comedy Club