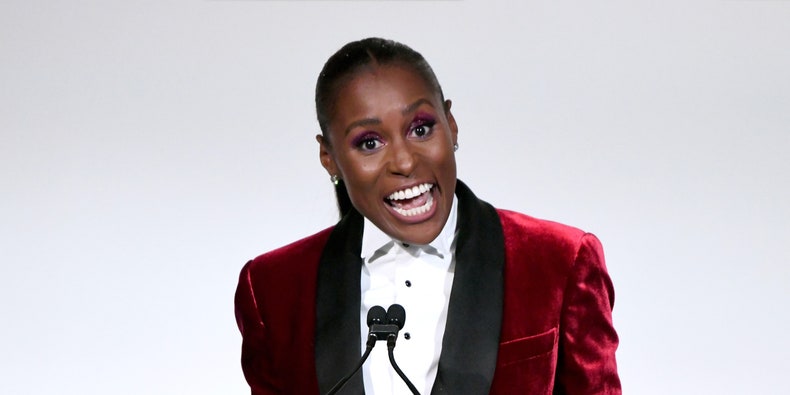 Insecure creator and star Issa Rae will debut a new show on the HBO Max streaming service, WarnerMedia has announced. The half-hour comedy series Rap Sh*t (a working title) follows a female rap group from South Florida as they seek success in the music industry.

Rae will executive produce the series and write the pilot. She has two other television projects in development with HBO: The suburban teen drama Sweet Life and Him or Her, a comedy about the dating life of a bisexual Black man.

WarnerMedia has announced a slew of new programming for the yet-to-launch HBO Max, including new episodes of Aaron Macgruder’s satirical animated series The Boondocks and four new hourlong Adventure Time specials. They’re also the first to secure the rights to stream the entirety of the Studio Ghibli catalog, which includes the Hayao Miyazaki classics My Neighbor Totoro, Princess Mononoke, Howl’s Moving Castle, and the Academy Award-winning Spirited Away.