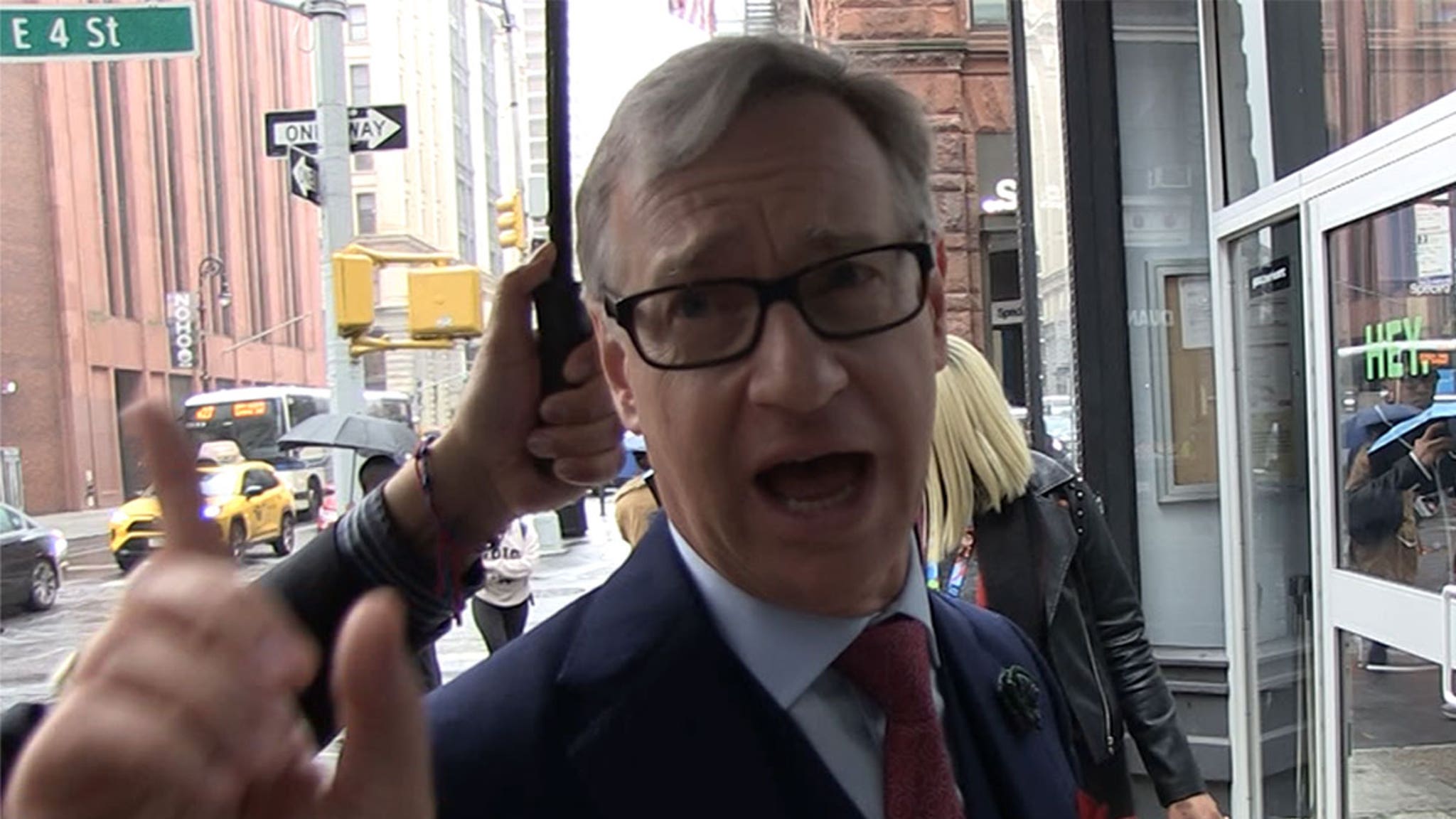 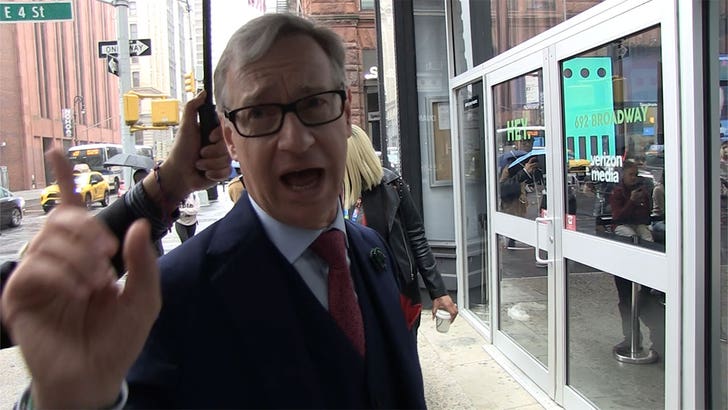 Paul Feig stands firmly with the block of filmmakers who say Netflix’s plan to let you slightly speed up content, for faster viewing, is a crappy idea … one that’s sparking a Hollywood turf war.

We ran into the director Tuesday in NYC, and asked him to weigh in on reports that certain Android users could slow down or speed up — as fast as 1.5x — the regular playback of Netflix programming.

Paul’s mind is made up … he says there’s NO benefit to letting users watch something in a distorted form like that. He stopped short of using the word boycott, but he’s clearly pissed, and he’s not alone. 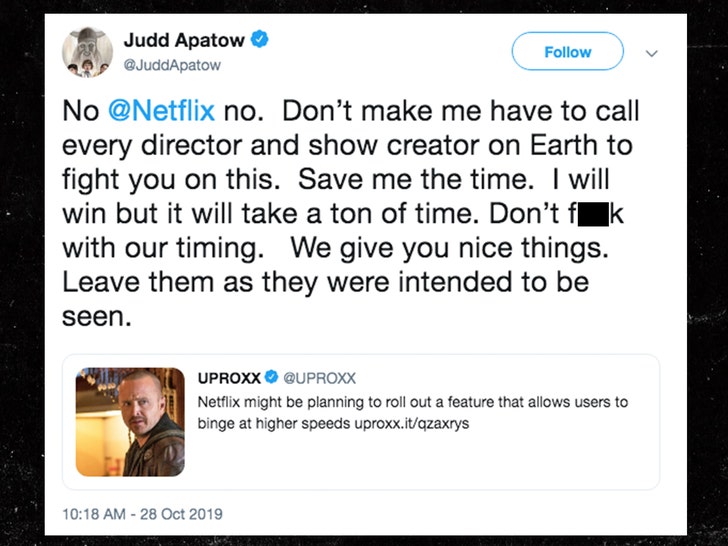 When Judd Apatow, Aaron Paul and several other creative types caught wind of the Netflix feature they threw down the gauntlet. Judd is threatening to get every director and producer to back his stance, which is … “Don’t f**k with our timing.” 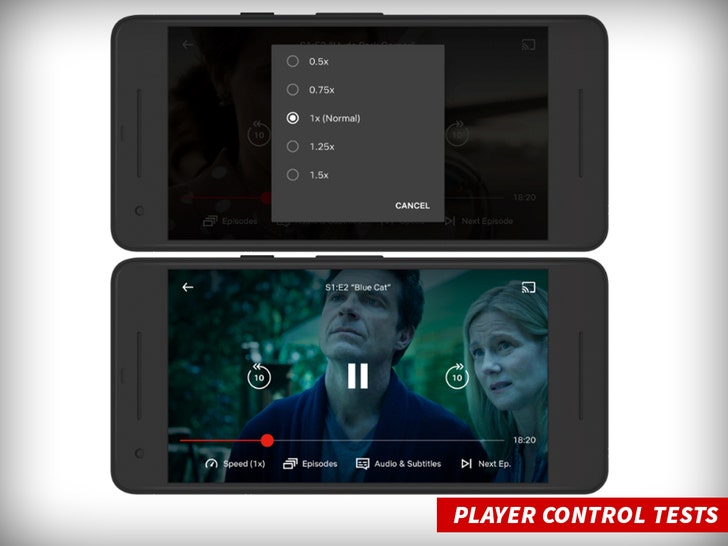 It does appear Netflix big wigs are listening to all the gripes, and they’re trying to temper things. They’ve said the slow/speed-viewing is just a test … and an optional one at that.

Netflix published a blog post to their site admitting that, yes, they’ve been testing speed changes on mobile platforms, but that doesn’t mean it’s going into effect permanently. 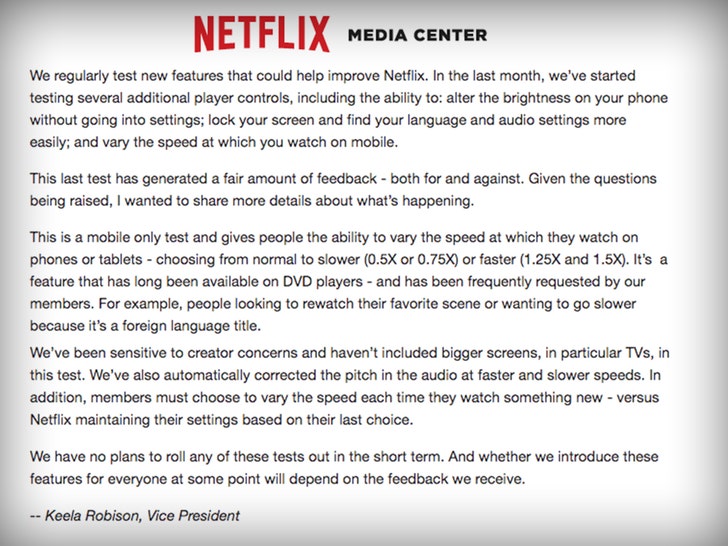 As for why they’re even doing it … Netflix says it’s gotten this request from a lot of users who want to watch some content at different speeds for a variety of reasons — language barriers, crucial scenes or dialogue, etc …

Welcome to the showbiz version of chicken or the egg!!!

5 of This Week’s Coolest Horror Collectibles Including a New $700 Pennywise Doll!
The Coming Darkness by Greg Mosse
Elon Musk Attacks Apple in Series of Accusatory Tweets
When Zach Gilford Learned About His Wife’s Criminal Minds Role
Get a Glimpse Inside the Kardashian-Jenner Family’s Thanksgiving Feast