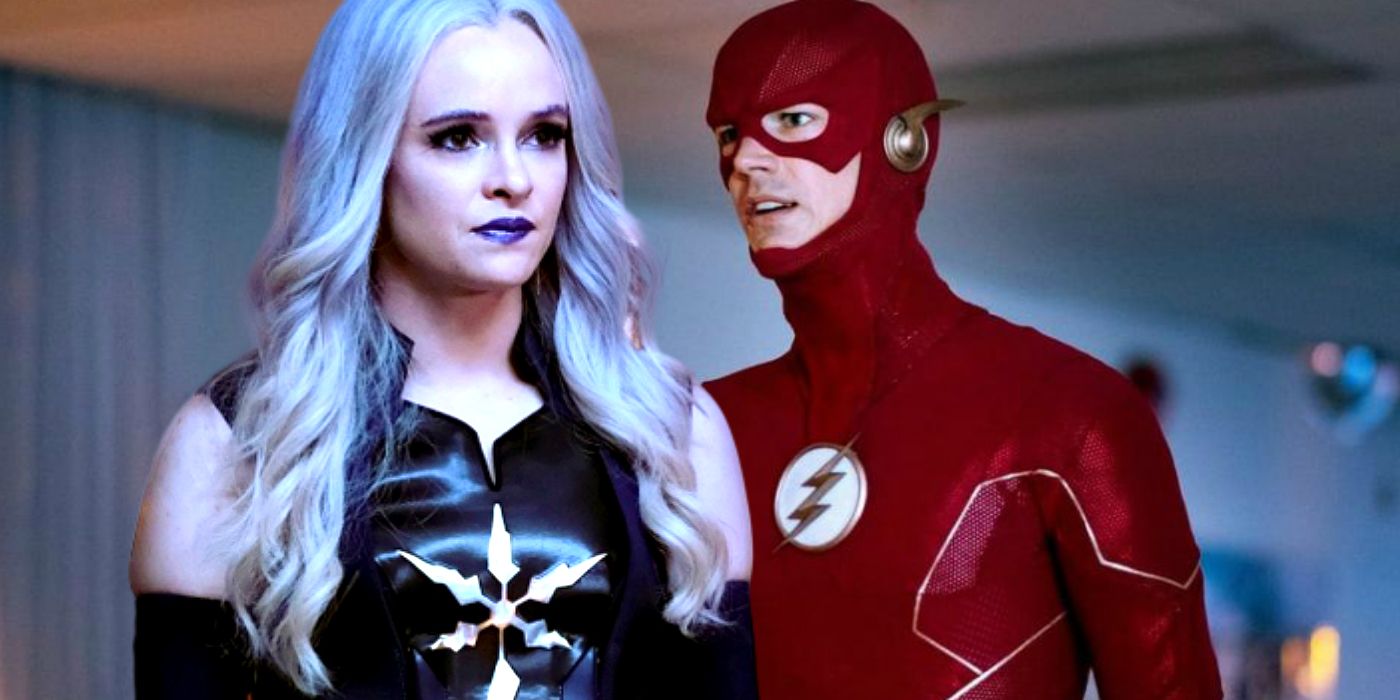 The Flash season 6, episode 4 is a Halloween spectacular appropriately called “There Will Be Blood,” and it raises some key questions about this year’s Arrowverse event. The Arrowverse is heading for Crisis on Infinite Earths, a Multiversal epic in which worlds will live and die. Barry Allen has been warned by the Monitor in The Flash season 6 premiere that he must die for his friends to live.

The Flash season 6, episode 4 focuses on the emotional journeys of Cisco and Ralph, as they struggle to deal with the heartbreaking news of Barry’s impending death. Determined to help Cisco, Barry Allen comes up with the idea of working with him to save the life of Doctor Ramsey Rosso, unaware that the scientist has already transformed himself into a monster. Their efforts prove unsuccessful, and soon Rosso’s evil is revealed, as he launches a murderous attack upon the hospital that he blames for his mother’s death. Sub-plots see Team Flash help the new version of Harrison Wells in his mysterious quest, while Iris struggles to understand why Ralph is acting out of character.

Rosso’s plot had the potential to be genuinely spooky, but it’s wasted in an episode that feels relatively directionless. With the Crisis coming, everything about Rosso feels secondary – meaning viewers will be far more interested in Harrison “Nash” Wells’ quest than they are in The Flash season 6, episode 4’s main plot. Here are the main questions and theories raised for the future.

5. Why Is Nash Wells Hunting The Monitor?

Team Flash strike an unexpected bargain with Harrison “Nash” Wells, a Multiversal explorer who’s on the quest for interdimensional energy. In return for helping them, he insists Cisco construct something called an ”antivibrational crypto-circuit.“ The end scene reveals that this helps him hunt down the Monitor. It’s unclear why Nash Wells is doing this, but the original comics may offer a clue. Actor Tom Cavanagh had previously been confirmed to be playing a character named Pariah this season; in the comics, Pariah was a key player in the Crisis, who had been seeking out the Monitor in order to learn the secrets of the universe. Viewers had assumed that there were two different versions of Wells in the Arrowverse’s Crisis, but it’s possible Nash is on the path to become Pariah.

The Flash season 6, episode 4 ends with Nash Wells believing he’s successfully tracked the Monitor down to Coast City, although it’s worth noting that it could well be the Anti-Monitor instead. The latter is more likely if Nash really is destined to become Pariah; this matches with the comics, where Pariah’s quest for the Monitor led to his unwittingly stumbling on the Anti-Monitor, and he wound up cursed to traverse the dimensions as a harbinger of doom. The unanswered question, however, is just why one of these cosmic beings is hiding out on Earth-1 beneath Central City.

3. How Do Ramsey Rosso’s Powers Work?

The Flash season 6, episode 4 finally explains how Ramsey Rosso’s powers work. It seems that, when he kills a person, he transforms their body into a sort of incubator for Dark Matter. He can then draw their Dark-Matter-infected blood back into himself, restoring his own genetic structure and freeing himself from his degenerative illness – for a time. The episode subtly hints that this process may well be addictive.

Related: The Flash Maps Out The Arrowverse’s Entire Multiverse

2. What Was The Serum Team Flash Acquired?

Team Flash come up with their own idea to solve Ramsey Rosso’s ALH, with a little help from Nash Wells. He claims to have located a mystery serum that’s been developed by McCulloch Technologies, which is capable of repairing pretty much any tissue damage. Apparently it was recovered from the Dominators after their invasion three seasons ago. The Flash and Cisco agree to steal the regenerative serum, albeit with different goals in mind; Flash wants to heal Rosso, while Cisco hopes to save Barry instead.

1. If The Serum Needs An Environment Of Minus-15, How Was It Carried Safely?

In truth, The Flash season 6, episode 4’s serum sub-plot doesn’t quite make sense. Nash waits until the last second to reveal that the serum needs to be kept in an environment of minus-15 in order to remain viable. He hasn’t given any prior notice of this, meaning neither Cisco nor Barry have the necessary equipment to transport it. Cisco simply pockets it; given that’s the case, it’s no surprise the serum proves to be a failure.

Psychological Horror Game ‘The Lies We Tell Ourselves’ Looks Inward For Real Scares
Pitch Perfect Bumper in Berlin Review: Fun but Not a Sure-fire Hit Like the Movies
12 Best Ball Powders To Defeat Swamp Crotch 2022
White Horse by Erika T Wurth
The Best Shampoo For Men You Can Buy In 2022