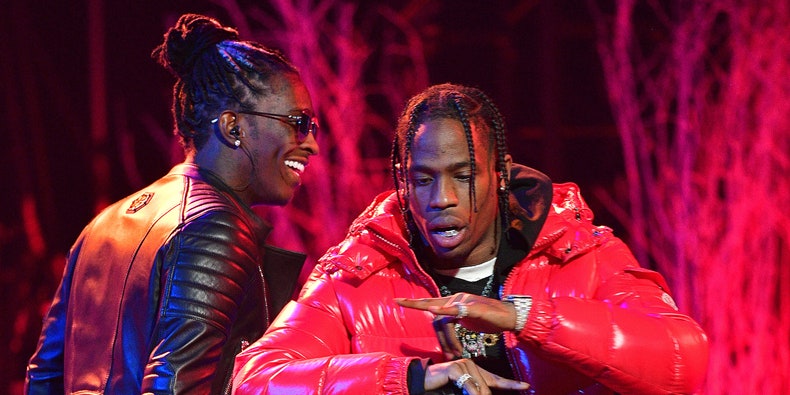 Future and Gunna have surprise released a new remix of their track “Hot,” courtesy of Travis Scott. Take a listen to the new remix below.

“Hot” first arrived in August on Young Thug’s new album So Much Fun. Young Thug and Gunna performed “Hot” with the Temple University Diamond Marching Band on The Tonight Show Starring Jimmy Fallon in late October. Scott followed the August release of his Netflix documentary Look Mom I Can Fly with the new song “Highest in the Room.”

See where Travis Scott, Gunna, and Young Thung landed on Pitchfork’s list of the 200 best songs of the 2010s.