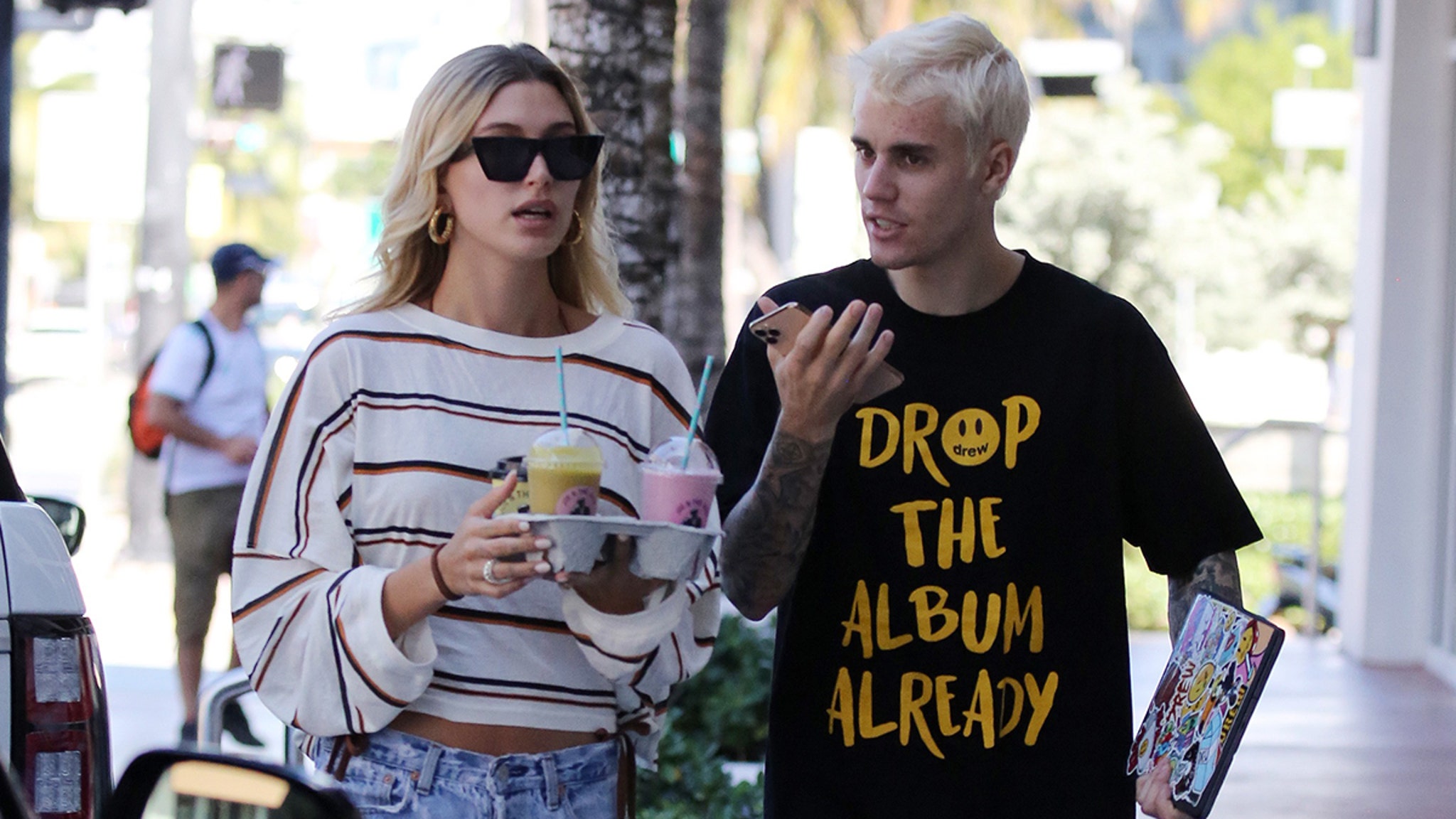 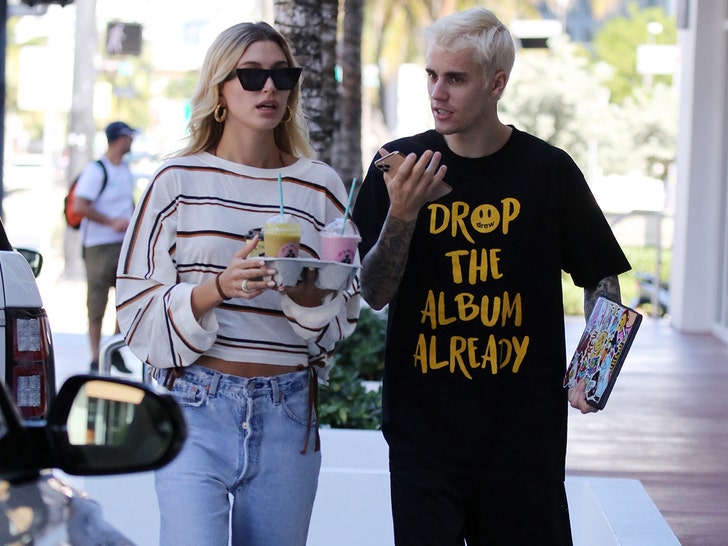 Justin Bieber‘s got a lot on his mind this Thanksgiving … and it seems he’s at least toying with the idea of dropping his new R&B album soon.

Justin and Hailey are spending their Turkey Day in Miami, grabbing juice at Joe & The Juice together to start off their holiday … and ya gotta check out the shirt on Justin’s back.

As you can see … Justin’s threads say, “Drop the album already.”

Is it a sign Justin’s getting ready to bless his fans with some R&Bieber?!? Then again, maybe he just likes the shirt — it’s from his fashion line after all.

As we first told you … JB’s planning a new tour and practicing his dance moves. We’ve been told the tour will coincide with a new album, which he’s teasing as a transition into R&B. 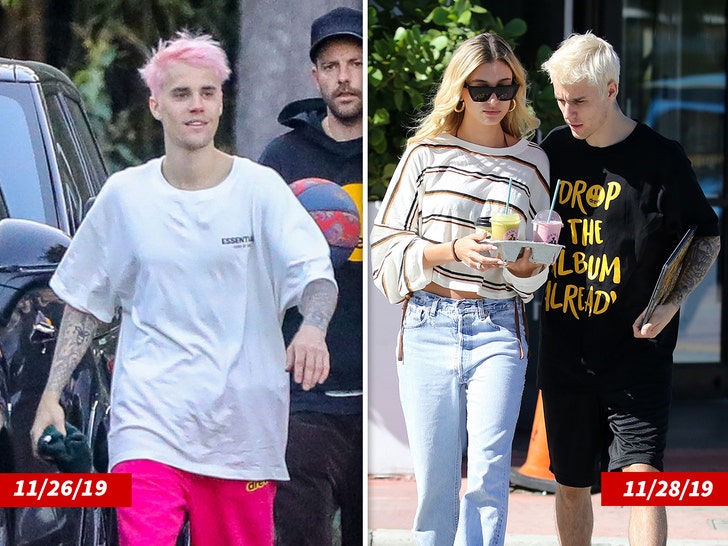 Oh, and get this … Justin’s going with platinum blonde hair … he debuted some pink hair earlier this week, but he’s already switched to platinum.

Like we said, seems he’s got a lot on his mind.