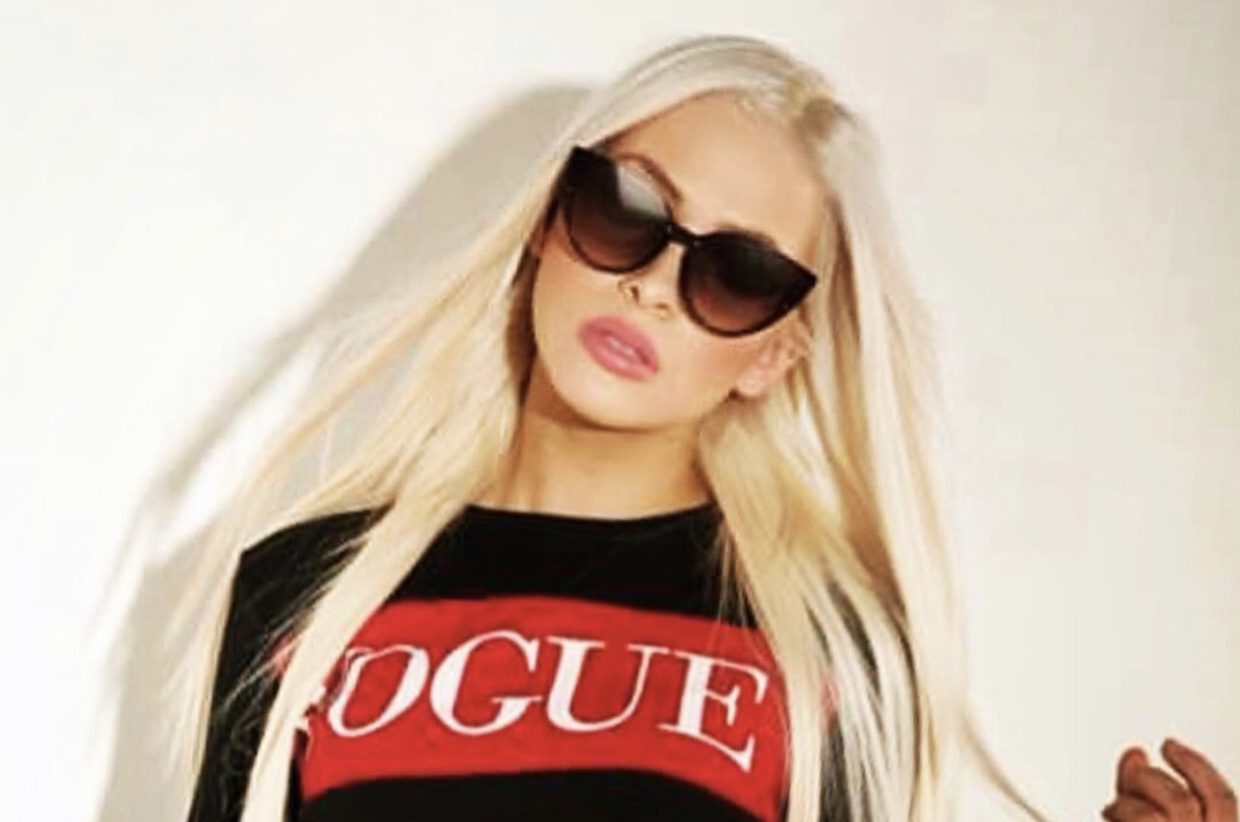 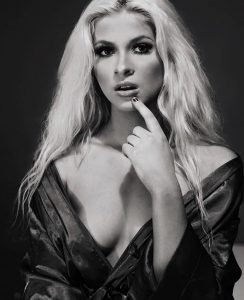 Her undeniable beauty, effervescent personality and natural talent quickly emerged as she became the number 1- voted “Sunshine Girl” by “Toronto Sun” readers for four months in a row, secured third place in her “Maxim Cover Girl” competition, and appeared as a bikini model for a product pitch on Dragon’s Den, ( the Canadian version of Shark Tank). Riley has also walked the runway for “Madison De Couture.”

Originally hoping to become a figure skating competitor, striving to become Olympic class, Riley had her heart broken after sustaining skating injuries and 13 concussions later which crushed her dreams. Deciding to put her efforts into acting and modeling she has already celebrated orgasmic success and continues to grow in the industries.

I spoke to the Riley regarding her career, her journey, and her hopes for the future….. 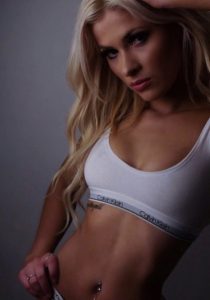 Tell me a little bit about Riley?

Basically, I’m 20 years old and I used to love figure skating, but I had to stop because of concussions. That’s when I got into modeling. Right away within the first year, “Maxim” published me and the “Toronto Sun” started reaching out and I was in the media often. That’s when I decided that I should do acting and modeling full-time. I used to act when I was younger before I skated because my family owned an acting school, so I did several plays and took acting classes.

You are probably one of the prettiest women on the planet, how do you feel about that?

Thank you. I think beauty is in your personality.

It seems like you definitely have a personality as well.

Yeah, I definitely do. 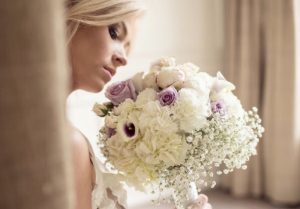 You’ve been heavily published, talk about that for a minute.

I’ve been in “Maxim Magazine.” I am published in quite a few print magazines. I’ve been in the “Toronto Sun” a lot with a lot of articles. The magazine doesn’t just go out to Toronto. but it also goes all across Canada. I’ve done a few music videos.

I like doing the videos because I’m signed to a studio, so I work with artists a lot. I was also on the Canadian version of Shark Tank called Dragon’s Den. I was the model for one of the pitches. I also did the runway for a fashion line called “Maison de Couture”, which the Sun did an article on. They asked me to go on tour with them in January for nine months to places like Bangkok, but I decided that wasn’t for me right now. The Toronto Sun also does something called “The Sunshine Girl.” I was voted the top “Sunshine Girl” four months in a row. I did a short film at the drama school when I was 12, and I acted in “That Scatterbrain Booky” for a CB movie at age 7. 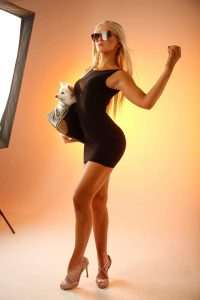 If you pick any role to act as, what would it be?

Like, “Legally Blonde.” I have a Pomeranian Chihuahua, and I’ve had her for eight years, she’s a rescue. She’s been in one music video and has been in articles twice now. Everyone who meets me asks about her.

Do you have an idol?

Not necessarily to be honest, no. 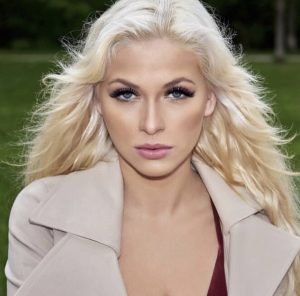 When you’re not in front of the camera, what do you like to do?

Being signed in the studio, I’m usually there a lot. I like learning about music, I like working on my acting, and hanging out with my family.

Where do you want to be in five years?

In five years, I definitely want to be a full-time actress. I want to be doing movies and shows and be more established.