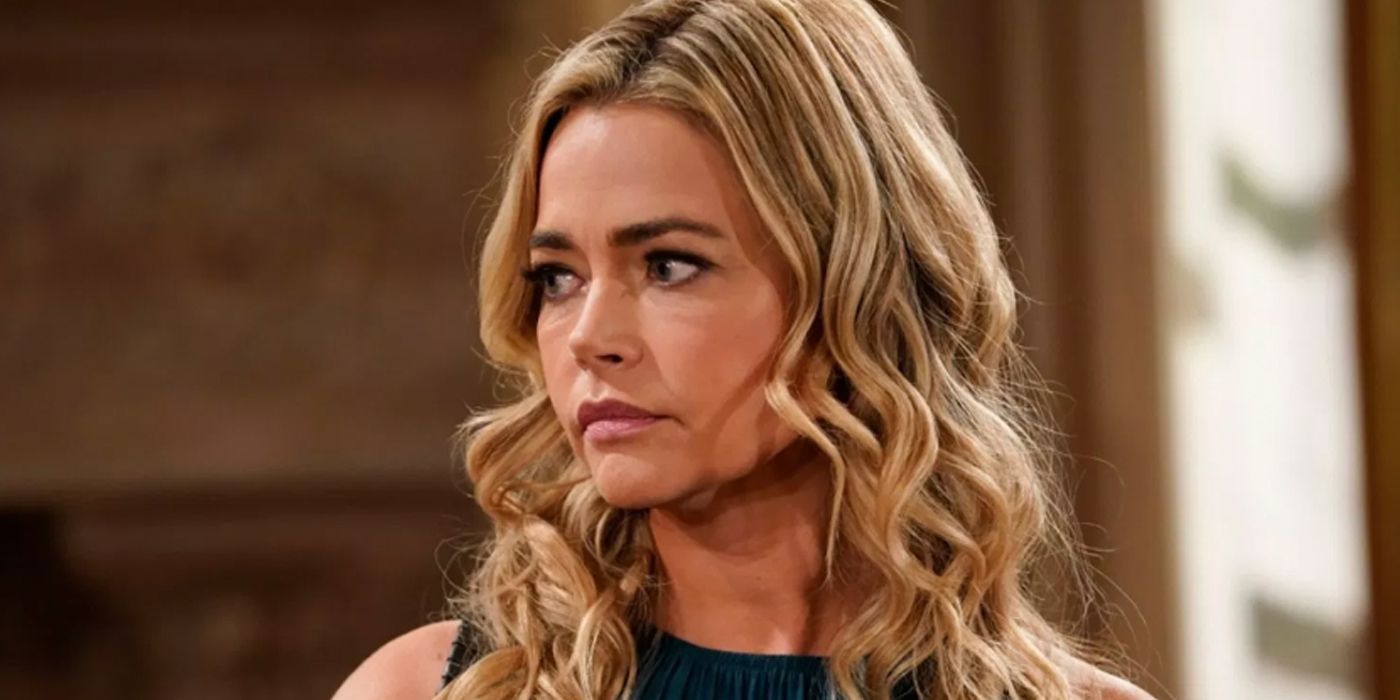 The Real Housewives of Beverly Hills reportedly targeted Denise Richards after Lisa Vanderpump’s exit. The actress and reality star has had rocky relationships with many of her castmates. A lot of the fighting stems from a lack of trust on set.

Resident Real Housewives of Beverly Hills bad girl Brandi Glanville attempted to issue Denise a warning that the ladies were gunning for her. Richards ultimately ignored the red flags, due to Glanville’s reputation for inciting conflicts. Then, as the season progressed, Denise fell and stayed out of favor with most of the other ladies. Even Real Housewives mainstay Kyle Richards made her way into the drama.

Related: Real Housewives: Denise Richards’ Schedule Getting In The Way Of Season 10 Filming

“Brandi called Denise early in the season because [Kyle Richards] had told Brandi that Denise was going to be the one person that the other ladies picked on this season in Lisa Vanderpump‘s absence,” a source close to the show told Hollywood Life. “Kyle said that everything that the audience liked about Denise last season is what the ladies would use against her this season.”

Some of the acrimony toward Denise Richards stems from the belief that she doesn’t work as hard on the show as the other cast members. With a film career that has taken her from Bond girl to sitcom star, Denise is in high demand. Although the Real Housewives of Beverly Hills ladies are on a hit Bravo series and adding to their already enormous fortunes in the process, pettiness and jealousy could easily explain why they would target Denise. With the departure of Lisa Vanderpump, the other cast members may be feeling like Denise needs the show a little less than they do. Vanderpump also bumped heads with the cast because of her enormous wealth and outside interests that superseded the show.

The notion that these successful and accomplished women would stoop to Mean Girls antics to get a rise out of another cast member is pretty astonishing. However, the Real Housewives franchise is one predicated on drama at all costs. There have been many petty fights throughout the years between the Housewives: Teresa Giudice’s table-flipping incident with Danielle Staub or NeNe Leakes and Sheree Whitfield ganging up on Kim Zolciak on an Atlanta street is another such altercation that sent fans into hysterics. Targeting Denise Richards, though, seems low, even for this program. Denise is gorgeous and popular with fans due to her acting career. She shouldn’t have to dim her shine to make the other members of the cast comfortable. Women must balance careers with motherhood and marriage, so if Richards needs time off to pursue other things, the other Housewives should support that, not tear it down. Here’s hoping Bravo will intervene and age up some of the plot lines, because not everyone is fixated with watching grownups carry on like petty middle-schoolers.

Next: Real Housewives: Kenya Moore’s Intimacy With Husband Suffered From Co-Sleeping With Child

Ebony March is a contributing writer at Screen Rant. Her career in entertainment journalism began in 2007 as a film and music reviewer. Before joining Screen Rant’s Reality TV beat in 2019, Ebony was a contributor at Guitar World and Intent (now Intent Blog). She freelanced as a digital news producer at KABC-TV in Los Angeles and was a freelance producer at the Los Angeles Times.
Ebony’s interest in social activism, music, and pop culture led to appearances on 60 Minutes, MTV’s Subterranean and 12 Angry Viewers, as well as Comedy Central’s Beat the Geeks.
In her spare time, you’ll find Ebony poring over interior design feeds on Pinterest, or obsessively binge-watching episodes of Saturday Night Live. She’s also an avid cook and player of classic 8-bit video games like Galaga and Ms. Pacman. Follow Ebony on Twitter.