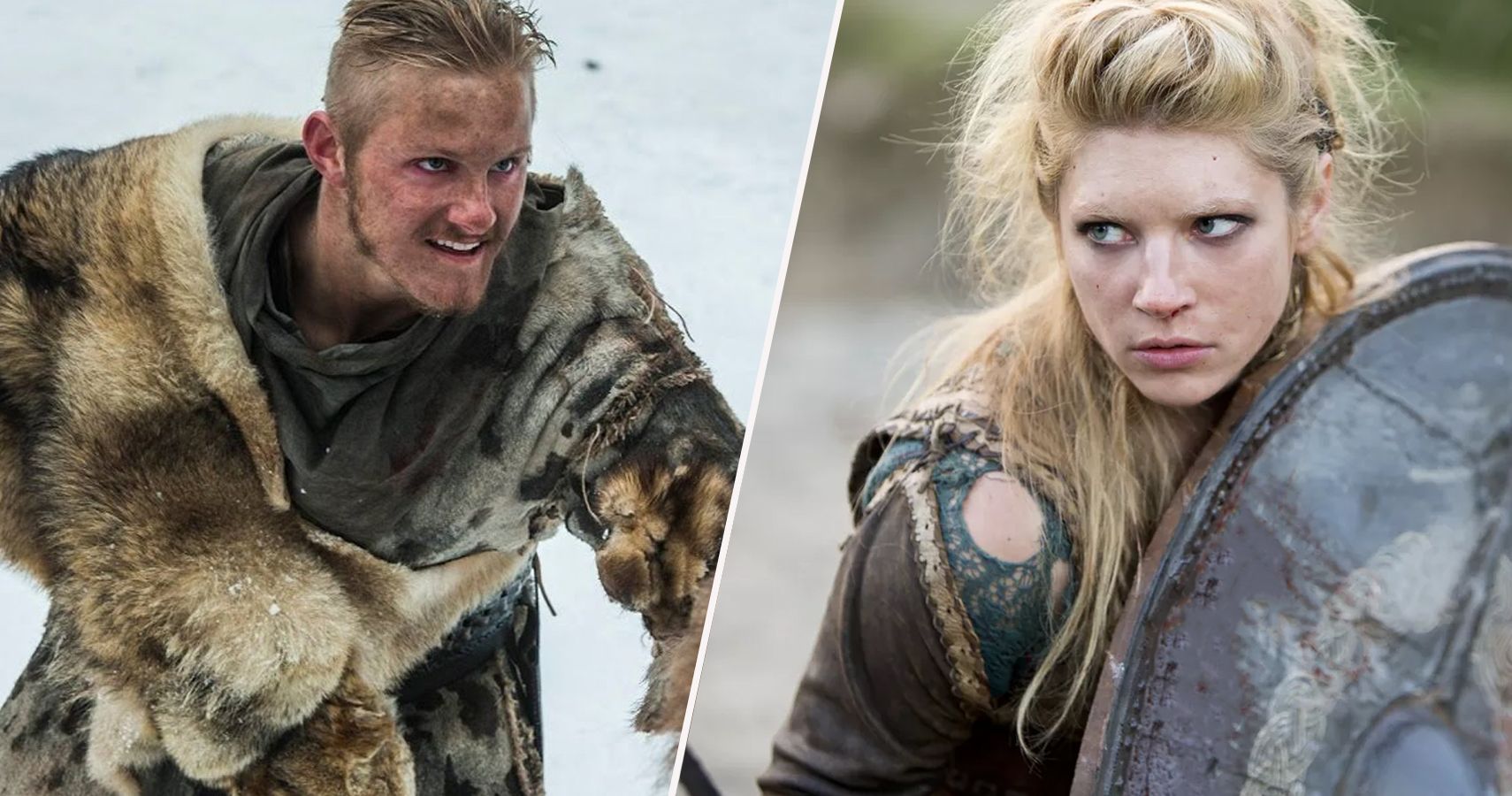 A lack of character growth leads to staleness, which in turn leads to a quick cancellation or a slow death that ruins the rewatchable aspects of a series or movie. Sadly, too many shows fall in this category as they get stuck in an endless loop of predictability.

RELATED: Vikings: 10 Most Shameless Things Rollo Ever Did

History Channel’s Vikings have tried to keep the show fresh by bringing in fresh faces and new plot points while allowing their main cast to grow as characters over the course of the series. Sadly, nothing is ever done 100 percent correctly as some characters have fallen behind others. Resulting in a form of TV déjà vu.

Lagertha is one of the original cast to make it to season 6. Starting out as a simple farmer whose life revolved around waiting to see if her husband was going to return from raids. She rose in prestige with Ragnar as he ascended to be Earl of Kattegat.

Even after their separation, she has continued to grow as a character, rising to the rank of an earl and then to Queen of Kattegat. Though, detractors can accurately point out that she has taken a similar path to her ex-husband Ragnar in almost every aspect.

If it can be said that Lagertha copied Ragnar’s story, the same could also be said for Björn, who suffers from the same character flaws as his father, when it comes to his philandering ways with women. This wouldn’t be such a problem if it wasn’t the main thing that defined his character.

Even though he is older than Ivar and supposedly a better leader, Ivar outshines him as a commander at every turn. Björn just seems incapable of learning from past mistakes. Making him either one of the dumbest characters on Vikings or the most poorly written.

From the moment that Harald and his brother sat foot in Kattegat, he aspired to the greatest heights a Viking could achieve. Though, in earlier seasons, his presence was for nothing more than comic relief. However, over the past few seasons, Harald has taken charge of his own destiny, attacking Kattegat on several occasions along with being part of external skirmishes in Wessex.

RELATED: Vikings: 10 Most Shameless Things Bjorn Ever Did

When life wouldn’t give him a wife, he stole one. When his brother Halfdan refused to follow, he killed him. His dreams now firmly within reach, Harald has become a true rival to Ragnar’s sons.

When Ragnar first arrived on the scene, he was the most unique of all the Viking horde. He cared little for internal quarrels, preferring to sail to lands that were only dreamed of in Viking lore. While Ragnar ascended to godlike heights, his character progression plummeted back down to earth.

By season 3, he had become a shell of his former self and it by his poor decisions. The once seemingly invincible warrior began to show cracks when his drug addiction and later depression destroyed one of the best character arcs in TV history.

At first, none of Ragnar’s youngest sons seemed capable of holding a candle to their father. Their lack of capabilities or direction led Björn to feel it was his place to lead. At first, the boys’ squabbles among themselves was all they were good for.

However, with the ascension of Ivar as the main antagonist, Ubbe has shown he can now play with the big boys. He is more than just a skilled warrior, he is a leader who uses war, not for blood lust but to secure his peoples’ future in this new world.

Floki was Ragnar’s first and greatest ally during his ascension to being King of Kattegat. He was a capable warrior and a skilled boat builder, making him invaluable to Ragnar’s cause. His zealotry to the Norse gods made him a counterbalance to Aethelstan’s Christian values.

RELATED: Vikings: 10 Most Shameless Things Lagertha Ever Did

Allowing Ragnar to move forward but at the same time never losing sight of where he came from. Unfortunately, after Ragnar’s death, Floki’s story has seen better days. Floki has become the Viking Moses, leading his people to their promised land, away from the action or any interesting plot.

Judith was the daughter of one of Vikings’ most hated antagonists King Aelle of Northumbria. So it is no wonder she never was a fan favorite. That said, her character progressed from just another princess set to marry Prince Aethelwulf of Wessex, to later becoming the lover of Athelstan, which resulted in the birth of Alfred, the savior of the Viking scourge.

As Judith’s power grew, so did her ambition for her son Alfred. If she wasn’t hated enough as is, she firmly cemented her place in the wicked category by poisoning her own son Aethelred.

Aslaug will always be compared to Lagertha because of her place as the second wife of Ragnar. Yet, while Lagertha’s star was rising, Aslaug’s faded from memory. Her main problem was her character never had any direction.

She never made a power play against her husband, even though she was ambitious, and she never warred against Lagertha, even though it would have made for a great story arc. Instead, her entire reason for existence was just to have Ragnar’s sons and then to utterly disregard all of them but Ivar.

When Ivar was born, it didn’t look like there was much hope for his character but when Ragnar returned from his self-exile, Ivar proved to have the most potential of all his children.

Ragnar saw this and allowed him to make the journey with him to Wessex, where Ivar’s ambitions grew leaps and bounds after his father designated him as his heir. As a character, he has not only grew as a warrior but has shown to have a tactician’s mind. Even proving himself worthy of being equal, if not better than Björn.

While Hvitserk isn’t the most useless of Ragnar’s son, that unfortunate title going to the now-deceased Sigurd, he is by far the one with the most flippant nature. He loves his brother Ubbe but is attracted to Ivar’s power. So he joins team Ivar only to once again change his mind and join Ubbe’s cause.

Now back in the good graces of Ubbe, Hvitserk then feels like his brother overshadows him and becomes resentful. His only use was finishing Lagertha’s story arc by murdering her in a delusional rage.

NEXT: 10 Things You Didn’t Know About The Harold And Kumar Movies

Next
The Vampire Diaries: 10 People Elena Gilbert Should Have Been With Other Than Damon Salvatore

Related Topics
About The Author

Brett Hoover is a graduate of Texas Tech University and the author of the childrens’ book series The Doodleburghs. He is a freelance writer for Screen Rant.