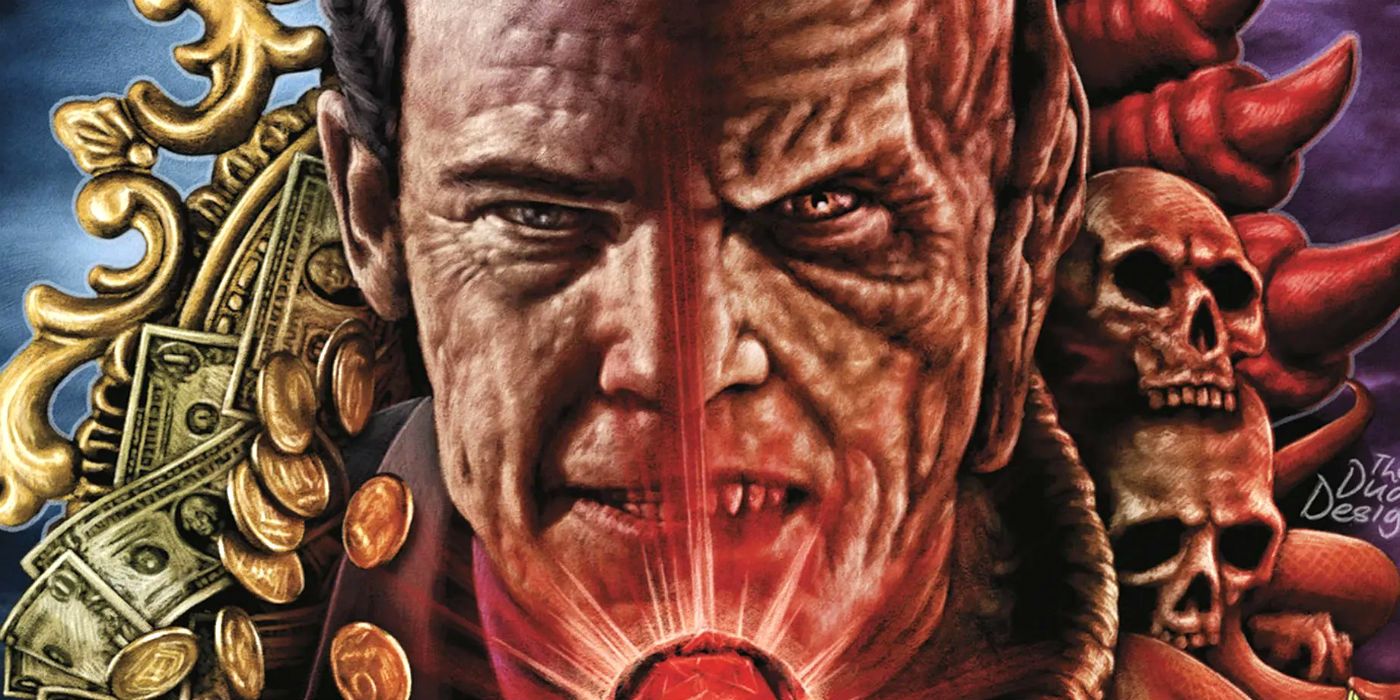 The evil Djinn has granted backfiring wishes in no less than four films to date, and here’s how the entire Wishmaster franchise stacks up. When most people think of Djinns – or as they’re most commonly referred to, Genies – it’s likely they picture something like Robin Williams‘ blue floating character in Disney’s Aladdin, or if they’re older, perhaps Barbara Eden’s character in the classic sitcom I Dream of Jeannie. Most of the time, Djinns are simple granters of wishes, and what they do depends solely on their master at the time.

Wishmaster‘s Djinn, debuting onscreen in 1997, is the polar opposite of those generally kindhearted genies. The Djnn is an entirely malevolent creature who grants wishes solely to make them come true in the worst way people for the person asking, all while trying to fulfill an ancient prophecy in which granting three wishes to the person who woke him allows the Djinn’s evil race to invade Earth and conquer it anew.

Related: 10 Underrated Horror Movies from the 1990s You Have to See

Played by veteran character actor Andrew Divoff, the Djinn would return in 1999 sequel Wishmaster 2: Evil Never Dies, while subsequent entries Wishmaster 3: Beyond the Gates of Hell and Wishmaster 4: The Prophecy Fulfilled saw actor John Novak take over the role. Without any further ado, it’s time to rank the Wishmaster movies, from worst to best.

Many fans choose not to move on past Wishmaster 2, due to both the departure of Andrew Divoff as the Djinn, and the sequels’ decidedly low production values and little resemblance to the first film. While Wishmaster 4: The Prophecy Fulfilled is an abjectly awful effort, the element that pushes it past Wishmaster 3 on the terrible scale is the decision to have the Djinn fall in love with the human who awakens him. After what’s been seen of the Djinn in the first three movies, the idea that he could experience romantic love with a human is laughable.

Wishmaster 3 is only ever so slightly better than Wishmaster 4. Jason Connery, son of Sean, plays the Djinn’s human disguise this time, and well, he’s hardly as good as his father, to be nice. Final Destination 2‘s AJ Cook makes a fine human protagonist, and there’s a few decent wish kills, but the film takes itself entirely too seriously, a problem Wishmaster 4 also had. The first two Wishmaster movies embraced their B-movie silliness, especially Divoff, who hammed it up royally as the Djinn and his human form. Wishmaster 3 tries to make things epic, with the archangel Michael arriving to battle the Djinn, but it just falls flat.

Wishmaster 2 is definitely a noticeable step down from the first film, which is to be expected, as it took the series straight to video. What saves things is Andrew Divoff, who appears to be having just as much fun playing the gleefully evil Djinn here as he did the first time out. The protagonist is nothing to write home about, but Divoff carries things, as the Djinn is placed in two environments ripe for ironic wish granting: a prison and a casino. The best backfiring wish comes at the expense of a lawyer, who a prisoner wishes would “go **** himself.” Well, that’s exactly what happens, and it’s both hilarious and horrifying.

Of course, the original Wishmaster tops this ranking, as it’s got the biggest budget of the series, as well as absolutely amazing practical gore effects, and a cavalcade of cameos by horror genre icons. Directing is Robert Kurtzman, the K in KNB EFX Group, explaining why the kills are all so cool and memorable, especially during an ending massacre sequence that takes place after Robert Englund‘s character wishes for his party to be “unforgettable” in front of the wrong genie.

More: Every Horror Icon Who Cameos in Wishmaster

Michael Kennedy is an avid movie and TV fan that’s been working for Screen Rant in various capacities since 2014. In that time, Michael has written over 2000 articles for the site, first working solely as a news writer, then later as a senior writer and associate news editor. Most recently, Michael helped launch Screen Rant’s new horror section, and is now the lead staff writer when it comes to all things frightening. A FL native, Michael is passionate about pop culture, and earned an AS degree in film production in 2012. He also loves both Marvel and DC movies, and wishes every superhero fan could just get along. When not writing, Michael enjoys going to concerts, taking in live professional wrestling, and debating pop culture. A long-term member of the Screen Rant family, Michael looks forward to continuing on creating new content for the site for many more years to come.