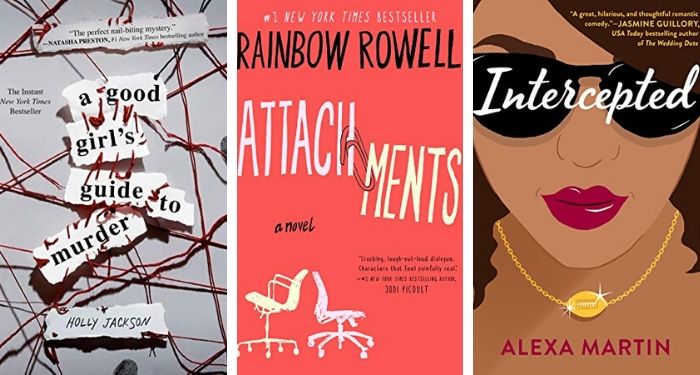 My Lady Jane by Cynthia Hand, Brodi Ashton, and Jodi Meadows for $1.99

Into the Water by Paula Hawkins for $1.99

Beloved by Toni Morrison for $2.99

Sourdough by Robin Sloan for $3.99

How to Change Your Mind by Michael Pollan for $1.99

The Bullet Journal Method by Ryder Carroll for $3.99

The Widows of Malabar Hill by Sujata Massey for $1.99

The Library Book by Susan Orlean for $2.99

The Proposal by Jasmine Guillory for $1.99

Trick Mirror by Jia Tolentino for $3.99

Between the World and Me by Ta-Nehisi Coates for $2.99

Girl in Translation by Jean Kwok for $1.99

Kitchens of the Great Midwest by J. Ryan Stradal for $1.99

An Indigenous Peoples’ History of the United States by Roxanne Dunbar-Ortiz for $2.99

The Beauty of the Moment by Tanaz Bhathena for $2.99

The Tiger at Midnight by Swati Teerdhala for $1.99

Strange Practice by Vivian Shaw for $2.99

I Am Not Your Perfect Mexican Daughter by Erika L. Sánchez for $2.99

Unfollow by Megan Phelps-Roper for $2.99

Bloodleaf by Crystal Smith for $2.99

The Heartbeat of Wounded Knee by David Treuer for $2.99

A Treacherous Curse by Deanna Raybourn by $2.99

The Magicians by Lev Grossman for $1.99

Aurora Rising by Amie Kaufman and Jay Kristoff for $1.99

A Princess in Theory by Alyssa Cole for $2.99

A Study in Scarlet Women by Sherry Thomas for $2.99

The Empress of Salt and Fortune by Nghi Vo for $3.99

Long Live the Tribe of Fatherless Girls by T Kira Madden for $1.99

The Lies of Locke Lamora by Scott Lynch for $3.99

The Invisible Library by Genevieve Cogman for $2.99

Lana Del Rey Defends Controversial Instagram Comments
Off Broadway’s Irish Repertory Theatre Sets First-Ever Online Season, Including World Premiere Of COVID-19 Drama
This Is Us May Not Resume Production Until January 2021
Best Memorial Day Sales 2020 A to Z
Ready Or Not Ending Explained: What Happened And What Happens Next?