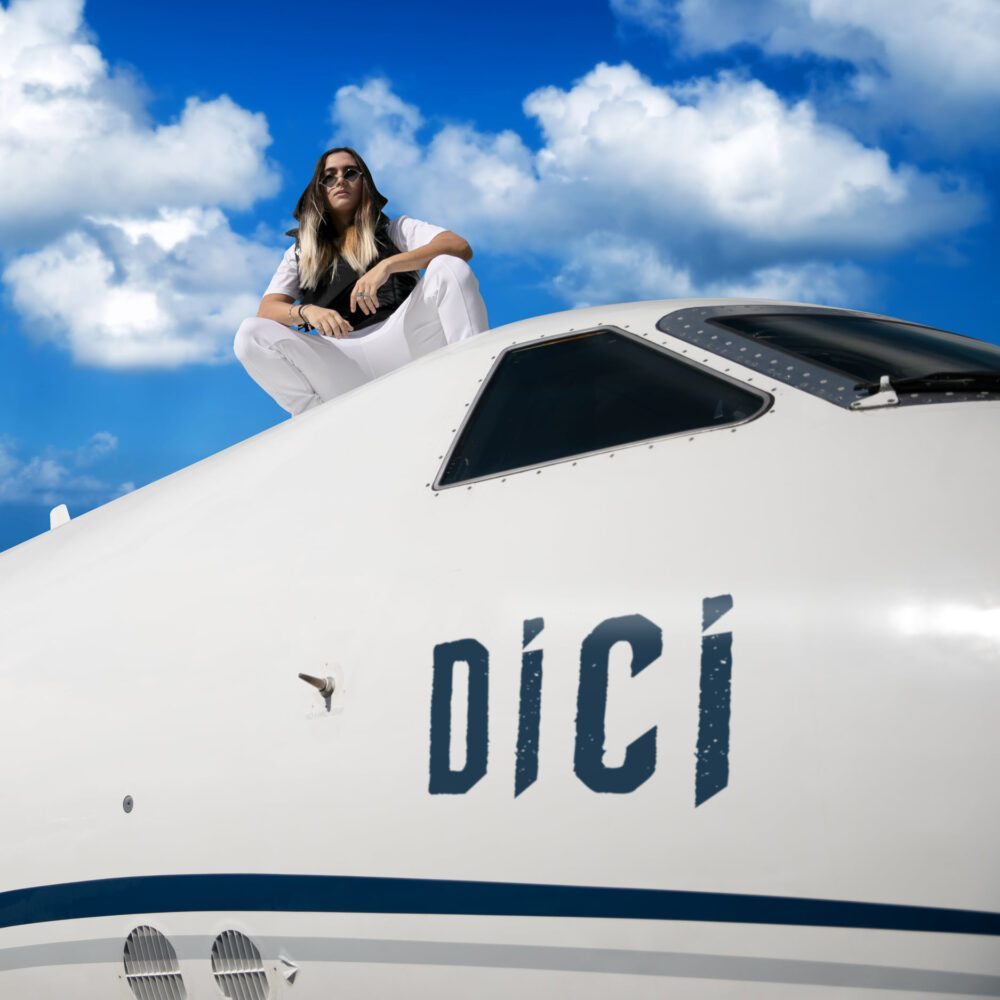 Good grooves, solid rhymes and a generally chill vibe that carries from one melodic backing track to the next. What more do you need in a contemporary hip-hop debut? If you’re DICI, the answer – quite literally – is nothing else, and he shows us this without hesitation in his self-titled greenhorn EP. Comprised of five tracks, averaging about two and a half minutes a piece, DICI’s first record is a modest offering that doesn’t see its designer biting off more than he can chew; on the contrary, his material choices reflect a maturity that I don’t see a whole lot at this stage of an artist’s career.

An Italian-born, Florida-stationed rapper with a heady flow, agile chops and an anti-harmonic disposition in his craftsmanship, to say that he has the potential to be every bit the fusion of European and American musical cultures in 2021 might be too great an understatement when checking out tracks like “Shibuya,” “Vector” and “4door.” There’s a star-quality to his personality that bleeds into everything from the lyrics to the bass parts that entrap them (often in some really tense, catharsis-shunning moments), and if this is just a sample of what he’s going to be doing on the regular, he won’t remain in the underground for very long.

The mix, which was curated entirely by DICI himself, is stacked but never overwhelming. Rather than sticking the bassline and the percussion together on the bottom of “305-INTERLUDE,” they’re made to intertwine, creating a whirlpool effect beside the vocal that is enough to leave even a casual listener quite hypnotized. “4door,” the bonus track “Shibuya” and “Bar for Bar” are radio-ready right out of the box while “305-INTERLUDE” and “4door” appear to have been stylized as the perfect remix templates, and if they’re representative of his overall duality as a composer than DICI is already a few steps ahead of his Jacksonville and Tampa peers – the best of which are already working on sophomore LPs at this point in time. Despite the rather progressive undertow to this tracklist, there’s nothing cartoonish about the way this EP unfolds. Truth be told, I think it’s one of the more authentic displays you’re going to hear from an indie rapper out of his scene this season (if not all year long).

This debut means good news for discriminating hip-hop fans of all tastes, and I don’t believe I’m going to be the only critic remarking as much by the time the month of February has come to an end. DICI has a swagger coupled with sophistication as a musician that is really relatable to me as a critic and fan who constantly prides myself on staying connected with the intricacies in my favorite tunes. He’s a focused artist with an ear for detail, and while I would really like for him to explore the melodic side of his sound and specifically his alternative rap influences more than he has in this debut, there’s no getting around the fact that his first official release is close to being pure gold.