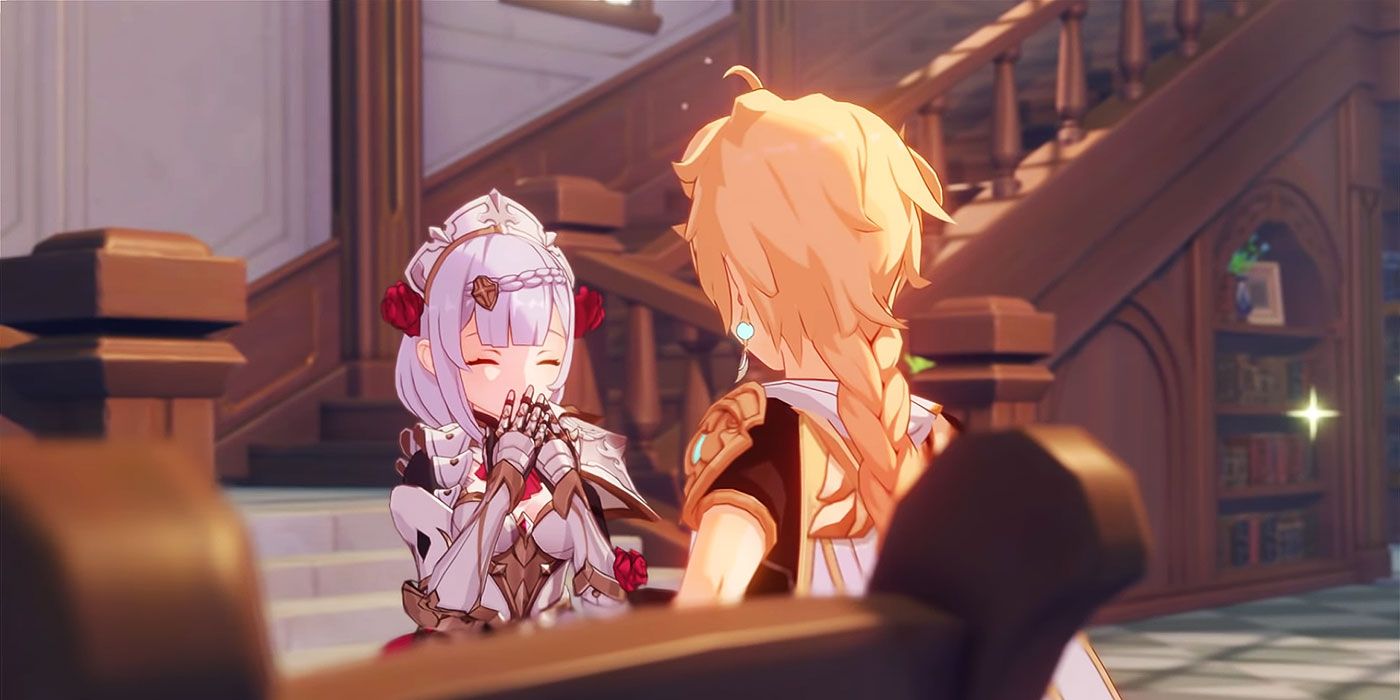 Genshin Impact‘s upcoming 1.4 update is adding a dating sim to the game as part of the patch’s Windblume Festival event. Developer MiHoYo recently released the trailer for the 1.4 update, called “Invitation of Windblume,” which finally confirmed the addition of Rosaria, a new spear-wielding 4-star Cryo character, to the game’s roster. The trailer also teased the update’s first major event, called the Windblume Festival, which will feature quite a number of activities and mini-games for players to experience.

Apart from the introduction of Rosaria and the launch of the Windblume Festival, Genshin Impact’s 1.4 update is also bringing back Venti as the event’s featured 5-star banner character, giving players who weren’t able to pull him when the game launched in September another chance to add the Anemo Archon to their roster. MiHoYo also previously announced that changes to the resin system as well as the adventure rank and world level systems would be implemented in the 1.4 update as well.

MiHoYo unveiled the new dating sim activity during the 1.4 update reveal livestream, where details on the patch’s new activities were announced. During the Windblume Festival, which starts when the 1.4 update launches on March 17, 2021, players will be able to spend time with Barbara, Noelle, Bennett, and Chongyun in what the game is calling Hangout Events. Each of the characters featured in the event have their own respective series of events and interactions as well as multiple endings depending on the dialogue choices the player makes. Unlocking each of the actual endings will reward players with a Hangout Memory illustration and players who complete multiple endings will get even more rewards.

Genshin Impact’s new Hangout Events won’t be limited to the Windblume Festival though, as MiHoYo plans to feature more characters for the activity in future game updates. The launch of the 1.4 update and the Windblume Festival will also introduce several other events to the game, although some of them will only be available for the duration of the festival, much like the 1.3 update’s Lantern Rite Festival. The three primary mini-games that players will be able to experience during the Windblume Festival are Bullseye Balloons, Floral Freefall, and Ballads of Breeze. Each mini-game will feature four difficulty levels, with each rewarding a certain number of Festive Tour Tickets that players can exchange for talent level-up materials and two new gadgets.

While the addition of Hangout Events does give players something more to do in Genshin Impact, its implementation may turn out to be less than entertaining. Hopefully MiHoYo is able to execute the new activity well, especially considering that the studio is planning to add more characters to Hangout Events in the future.