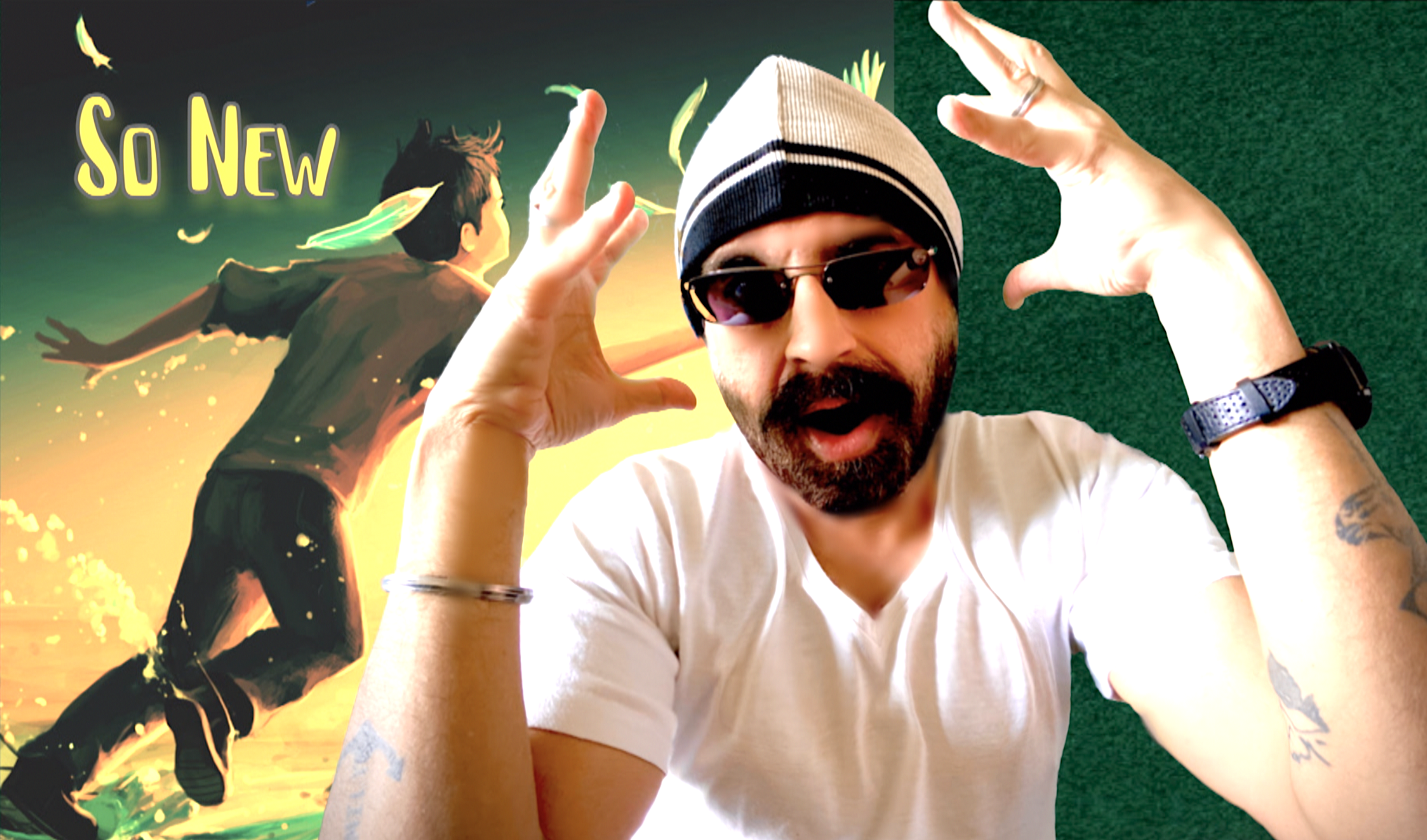 ‘Jab the world’ is being played everywhere. What’s the recipe behind your fresh sound and approach?

I am grateful to the multitude of radio stations in the US, Europe and many places in the world playing the song and for listeners requesting it. Lyrically, Jab The World  has hit home as it has an optimistic message of imagining a world where there is a vaccine to cure ‘hate’. Musically it has a dance rock happy vibe and it broke the clutter of ‘dark sounding music’. The song has heritage classic rock riffs which I have imbibed from my idols like ACDC or Van Halen but its sound design and mix is new age

From DREAMIN’ OUT LOUD to JAB THE WORLD to you’re new release this year, SO NEW, Is there a common thread?

The common thread is that I create music to fit a clear genre of radio. ‘Dreaming out Loud’ was synth pop aimed at POP 40 radio. Jab The World is clearly for Rock Radio and SO NEW the new one is for Adult contemporary radio. Further releases will also clearly target a well segmented genre of radio. The other common thread is that all songs are optimistic, upbeat and have repeat listening value. I largely focus on the ‘audio’ product (and I only do ‘lyric videos’ as insurance) as I believe it’s the audio that generates real traction for your music. SO NEW my single is a optimistic song that moves you from being ‘so screwed’ to ‘so new’. It will put you in a good state of mind!

All the charts that matter are really about radio airplay. Whether you are independent or mainstream the same rules apply to creating good music. I think the bridge to cross over is one that comes with consistency of action. The journey is difficult because the competition is huge. It is joyful if you are devoted to your craft and look at it as a long haul thing. The reality is , you are only as good or bad as your last song. Public memory is short. You need to keep creating content to stay relevant.

Who are the famous singers or musicians you look up to? Who would you like to collaborate with in the future?

Amongst the new people, I like people with happy sounding music like Bruno Mars, Dua Lipa, Taylor Swift. These people are also genre agnostic and move easily across genres. From the earlier era I admired Michael Jackson for the effort and love he put into each creation. From the rock arena I have learnt to sing because of people like Sammy Hagar, Bryan Adams, Heart, David Coverdale, Robert Plant. If I ever for a chance to collaborate I would choose Bruno Mars, I think he is the most complete singer song writer and performer we have in the world today

How do you get airplay on radio and is that critical? How does with work with digital streaming?

My agent Martin Langford handles radio for me. He presents my songs to radio stations and agencies for previews and then gets it played. Of course its not at all easy as the songs have to make the ‘quality grade’ and I have had to face rejections earlier on in 2019 when I started producing music seriously. It is easier now that I understand the process and requirements. Radio has a strength beyond any other medium relevant even today. With 9 Billion cumulative listeners weekly and ‘shared listenership’ meaning many people listening to radio together as a ‘community’ it is heaven for a new release! Digital streaming is about ‘easy access’ and the royalties are more transparent but listenership is ‘solo’ and the lack of ‘radio hosts’ who break a new song does not allow the same ‘discovery’ of music. Together radio and audio digital streaming complement each other perfectly for discovery and ease of access.

Does ‘fame’ drive you to where you want to go?

Fame is useless if you can’t monetize it or if you can’t channel it to help others. What drives me is making good music and to keep on learning new ways to share my music with listeners. Also I like to ‘breakeven’ on the investment on each song as making money on your songs is the only way to be able to continue. If ‘Fame’ has happened as a result, I am grateful and I will certainly use to help other musicians trying to find their footing. However, fame is really not my priority goal or objective.

Kirby’s Back! Hayden Panettiere Will Officially Reprise the Fan Favorite Character in ‘Scream 6’!
On the Radar: It’s time to wake up
The Rookie Season 4 Episode 22 Review: Day in the Hole
The Wildest Moments From the Summer House Season 6 Reunion
DaniLeigh Drops DaBaby Diss Song, Breaks Silence With Angie Martinez