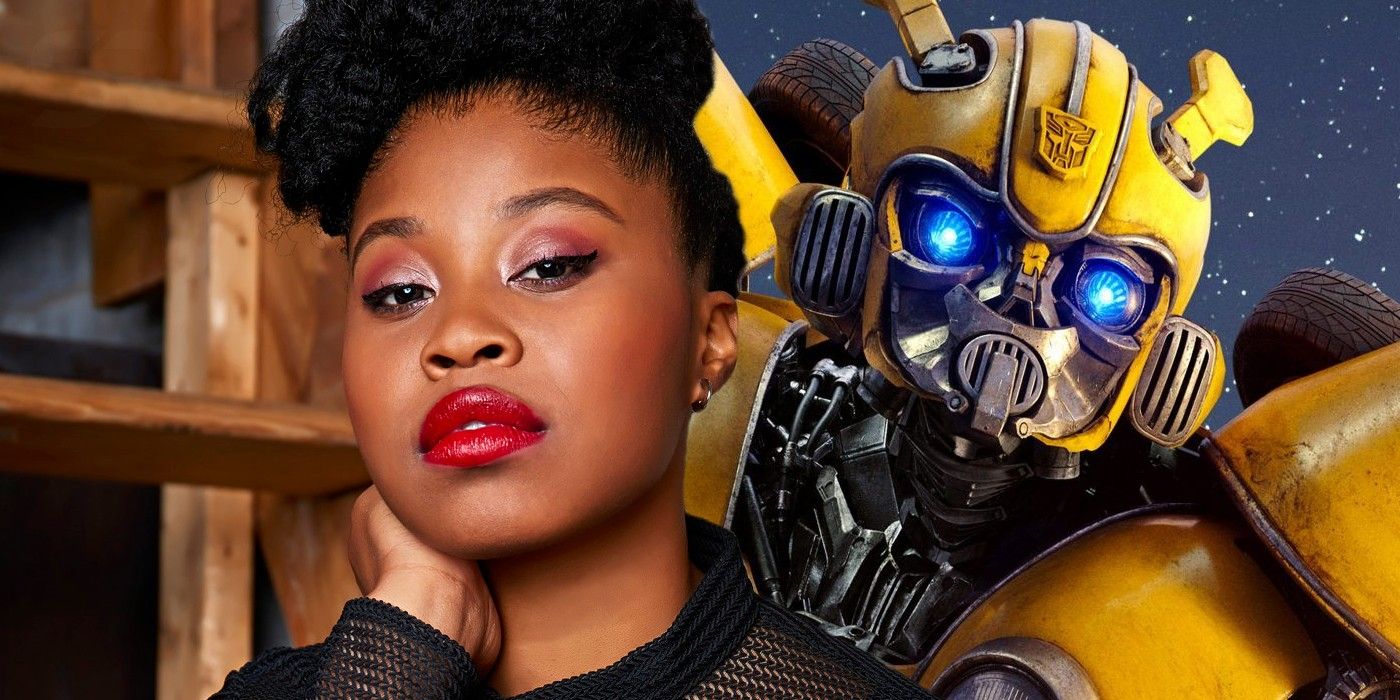 The next Transformers movie casts Judas and the Black Messiah star, Dominique Fishback, in a lead role. Paramount turned the popular Hasbro toys into a live-action movie franchise in 2007 with the help of Michael Bay and Steven Spielberg. After five movies directed by Bay that made billions of dollars, the franchise had a soft reboot with 2018’s Bumblebee. The Hailee Steinfeld-led film was a moderate success and left Paramount contemplating what to do next. They are developing multiple Transformers movies, but the next one is starting to take shape.

Paramount hired Creed 2‘s Steven Caple Jr. to direct the next Transformers movie in late 2020. The film has an initial script from Joby Harold, which Darnell Metayer and Josh Peters are now working on ahead of a planned 2022 release date. In order for the untitled Transformers film to be out in theaters by next summer, Paramount and Caple Jr. needed to start finding cast members. Hamilton and In the Heights star, Anthony Ramos, entered talks for Transformers‘ lead role a few weeks ago, and now he has a co-star.

Related: Transformers Has A Prequel Problem (& How It Can Be Fixed)

According to a report from Deadline, Dominique Fishback is in final negotiations to play a lead role in Transformers. There are no details on her role as of yet. Fishback’s casting comes after her performance in Judas and the Black Messiah earned her a BAFTA nomination. She was reportedly one of many actresses to do screen-tests for the role with Ramos. It was through these auditions that she became the favorite of the studios and executives.

Even though there is no information on Fishback’s Transformers role, it will be the first blockbuster she appears in. Fishback’s career started with brief appearances on acclaimed TV shows like The Knick and The Americans. She eventually landed a recurring role in The Deuce and had a small role in The Hate U Give. In addition to her recent turn as Deborah Johnson in Judas and the Black Messiah, Fishback caught the eyes of many from her role in Netflix’s superhero movie, Project Power with Jamie Foxx. Her reunion with Ramos in Transformers marks the first time the real-life friends appear in a movie together.

Paramount has yet to confirm plot details about the new Transformers movie starring Fishback and Ramos, but their additions make for an exciting start to the ensemble. Early reports about Harold’s script linked the movie to Bumblebee in some fashion. If that is the case, it will be intriguing to see if the new Transformers is also set in the past or if the story will take place in the present. Now that the movie has its two main stars, more information and cast members could be revealed soon.

MORE: What Went Wrong With The Transformers Movies

Cooper Hood is a news and feature writer for Screen Rant. He joined Screen Rant in late 2016 following a year-long stint with MCU Exchange, which came after first developing an MCU blog of his own. He graduated college in 2016 with a Bachelor’s degree in Media & Public Communication, with a minor in Media Production. Cooper’s love for movies began by watching Toy Story and Lion King on repeat as a child, but it wasn’t until The Avengers that he took an invested interest in movies and the filmmaking process, leading him to discover the world of film journalism. Every year Cooper looks forward to seeing the latest blockbusters from the likes of Marvel, DC, and Star Wars, but also loves the rush to catch up on Oscar films near the end of the year. When he isn’t writing about or watching new releases, Cooper is a fantasy football obsessive and looking to expand his Blu-Ray collection – because physical media is still king! Follow Cooper on Twitter @MovieCooper.