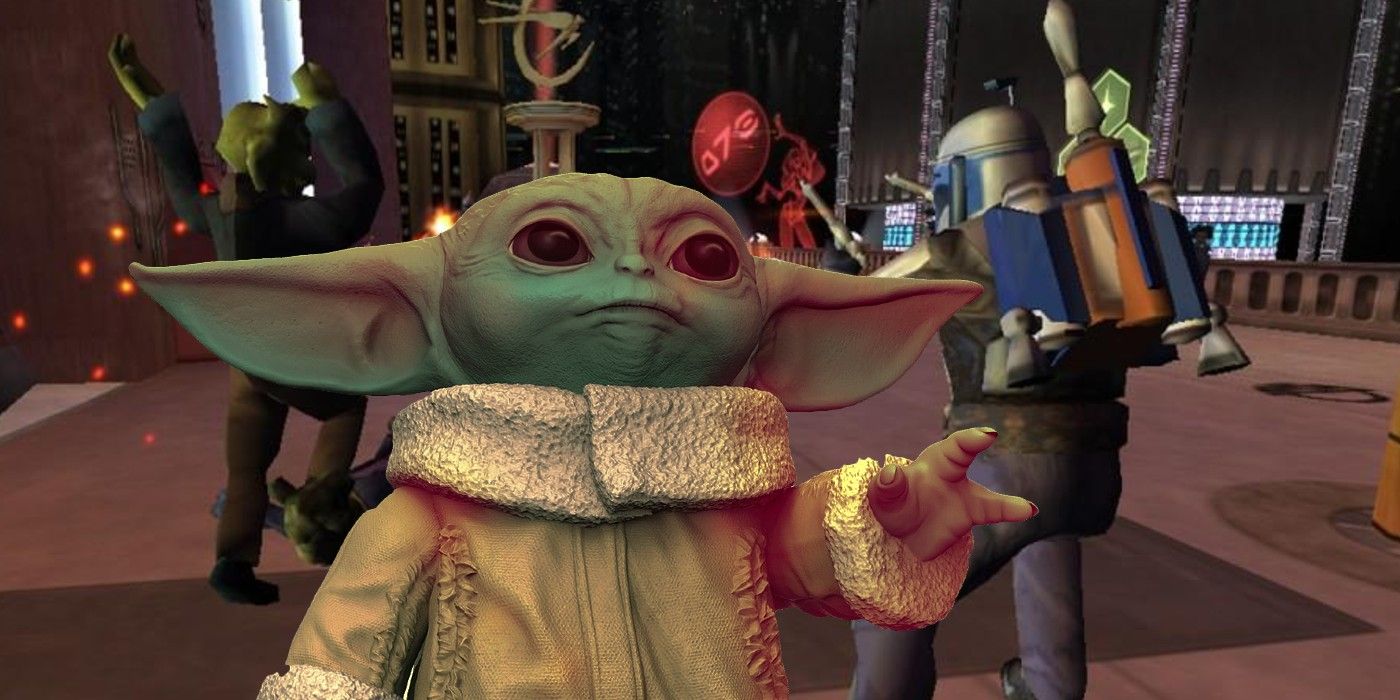 Given the massive success of Disney’s latest live-action Star Wars venture, The Mandalorian, a video game based around the series seems almost inevitable. The series’ position in the timeline of the franchise leaves a lot of room for exploration as well as the potential to run into many familiar faces from the Star Wars films – not to mention the colorful cast of new characters the series has introduced.

Although no concrete evidence has been provided regarding a possible game yet, rumors of a Mandalorian game have been floating around regardless, and people are already asking questions. While there is no way to know when a Mandalorian video game will be announced, there is room to consider what it might look like.

The Mandalorian is a space Western that focuses on a lone bounty hunter, forced to go on the run after he rescues The Child – Grogu, or better known as Baby Yoda – from Imperial forces. From there, the series focuses largely on the bond between the title character and his new charge. A game based on the series wouldn’t really embody The Mandalorian if both characters weren’t present – and, rather than regulating Baby Yoda to the role of tagalong or rescue mission target, a potential video game should embrace his powerful connection to the Force and feature him as a playable character.

How Baby Yoda Could be Playable

Baby Yoda took the world by storm when he made his debut, spawning merchandise and memes as far as the eye could see. A member of the same species as Yoda (which thus far has been given no name by creators), he shares the Jedi master’s strong connection to the Force and was raised at the Jedi Temple. While he’s not quite running around swinging Lightsabers just yet, he does display other Force-related abilities that mean he could be a strong contender as a player character in a Mandalorian video game.

At various points throughout the series, Baby Yoda uses his powers to telekinetically lift giant creatures into the air and even strangle people. But he’s also a viable candidate to play a supporting role when it comes to combat – he has the ability to heal wounds and put up barriers to protect himself and his allies. He’s far from helpless, and as more time progresses in the timeline of the franchise it’s highly likely that audiences can expect to see more and more of Baby Yoda’s powerful abilities on display.

Between The Mandalorian‘s proficiency in traditional and weapons-heavy combat and Baby Yoda’s Force powers, the two would make a great tag-team duo in a Mandalorian video game. Switching between the two characters or even playing co-op with a friend would drive home the series’ focus on the bond between the two and their importance to each other – and fans would be glad to see the dynamic from the show carry over into video games.

Next: Is Star Wars: Dark Forces On PS4?