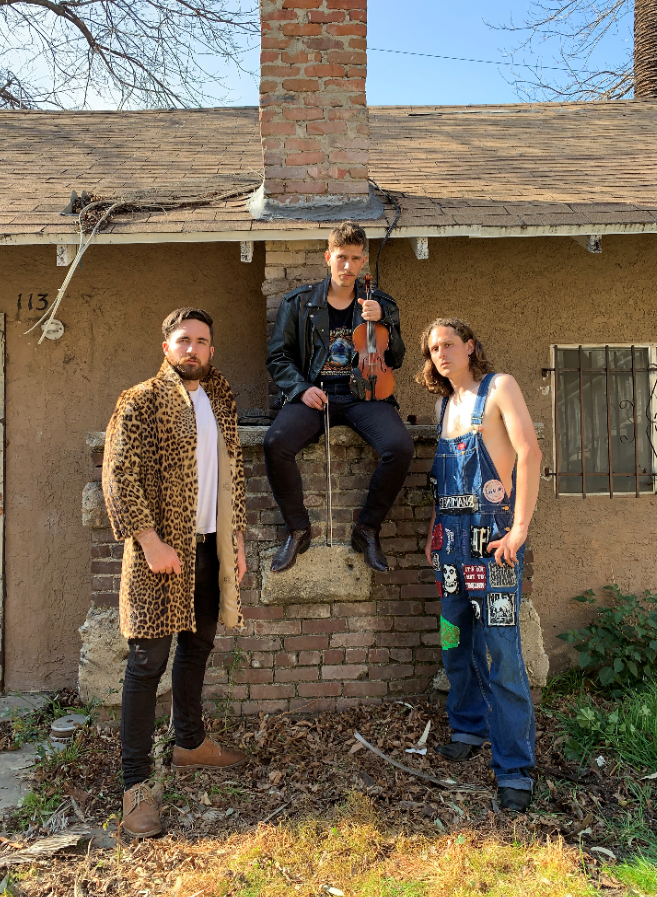 Where was the first place you ever performed with Water Tower?

The first place we ever performed was at a dive bar in Portland, OR called “Slabtown”. The person who “booked” us had seen busking outside of a convenient store downtown. He paid us in weed and salvia and apparently the check he promised is in the mail (has been for 17 years). Now that I think of it though, that was only the Water Tower duo, which at the time we were The Panther Caps. Our first show as Water Tower Bucket Boys (original name before kicking the bucket) was at a historic venue in Eugene, OR called “Sam Bond’s Garage”. It used to be a place where cars went to live better, healthier lives. Now it has an epic stage and good food. Actually we will be passing by there on August 24th to play at a club 10 miles down the street owned by the same people, The Axe and Fiddle in Cottage Grove Oregon.

What was the song you opened up with?

Did you deal with any nerves?

Yes! We were all only 18 and it was our first time playing in a legit bar, so the booker had to keep us hidden in the front office room until it was our time to play, then he escorted us to the stage. It was intense. Once we started playing though, the five people who were there enjoyed the set so we started to loosen up. I think there is a picture deep on the internet of this show, and we are ALL wearing plaid. lol….

Is there any funny story that you can recall about that performance?

We all looked down at the ground because we weren’t exactly sure how to connect with an audience yet.

Any mistakes made that you learned from as well?

Yes we learned that it is important to smile and look at the crowd otherwise we are keeping the audience separate. It is more fun to bring them into yourself, and open up so that they may also feel free to open up in the music.

Do you have any upcoming performances? Virtual or Live?

Yes! Every Friday we play on Facebook at 5 pm PST. We are touring the west coast in August and have a Portland show on August 25th at Alberta Street Pub!

What is a comforting thing you think other artists should know that will get better as they hone their craft?

Every step along the journey is AS important as the goal. The process builds trust, so be sure and trust in the process.

Thank you for talking with us! It’s always interesting to talk about the beginning years of an artist. Anything else you want to let fans know about that is coming up for you?

We are always excited to meet new fans, and the best way to do that is through the Tower Heads Unite group on Facebook! We are always SO excited to see a new face there and find out more about our fans.